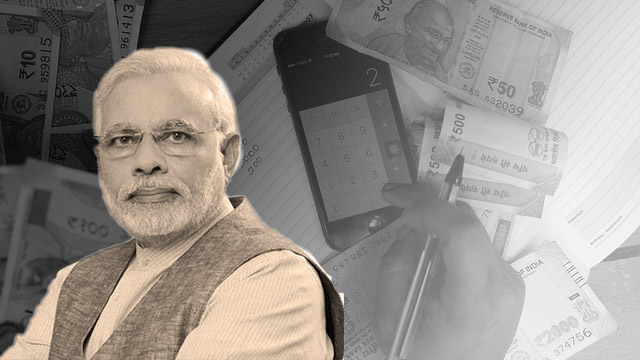 Though all forms of economic activities have gradually restarted in the “Unlock” phase, India’s major economic issues aren’t showing any sign of waning as the gloomy clouds of an abject crisis continue to hover over the economy. Whether the Indian economy will become a $5-trillion economy in 2024 as per Prime Minister Narendra Modi’s ambitious vision, doesn’t appeal any more, rather, when the Indian economy can revert to the pre-COVID-19 stage is the trillion-dollar question.

From policymakers, big finance capital investors to capitalists and bankers, everyone seems discombobulated over the Modi regime’s plan to revive the economy, while addressing the core concerns of unemployment, falling demand and high inflation during these difficult days. The Modi regime didn’t make it clear whether it will invest money to catapult the Indian economy and help different sectors and industries to generate employment. The nonchalant attitude exhibited by Modi and his coterie regarding public investment and using only liquidity infusion to tackle the situation has stirred controversies.

Though the Indian economy was in an abject crisis even in the financial year (FY) 2019-20, as its growth slummed to an 11-year-low 4.2%, it didn’t contract to the negative zone as it did during the first quarter (Q1) of the present financial year, when GDP growth reached -23.9%. Ignoring the burning issue, the Modi government is only protecting itself by blaming the pandemic. This is worsening the situation. Though the Q2 results of FY 2020-21 will be relatively better, and probably, due to the Hindu festive season, there will be a demand surge in Q3, but it won’t be able to end the overall crisis.

Amid this scenario, the only rescue solution, as mainstream economists suggest, is to increase public investments and fiscal stimulus by the government. Ideally, it should’ve been a revamping of the public sector enterprises, increase their scope and provide stable employment opportunities to the people. Also, increasing investment in employment-generating sectors by the government would’ve helped to provide employment to the unemployed. Stimulus to the medium, small and micro enterprises (MSME) sector would have also enabled them to turn around.

Rather than doing these, the Modi regime, using propaganda blitzkrieg, announced a Rs 20-trillion package in five tranches in May 2020. We have seen how this package had no real fiscal stimulus component, but the only allocation of liquidity for the MSMEs and big corporate houses, which are now allowed to foray into the MSME sector. Providing credit at a time when the demand is at historic low won’t help the MSMEs or the producers in the economy. Rather than fixing the supply side, if the Modi regime had infused money to generate demand, then the economy could’ve revived, but not to a great extent as capitalism has been globally shifting from production to speculative trading and fictitious capital generation through the stock market, which will keep unemployment high in the days to come.

In a recent study by Vitor Gaspar, Paolo Mauro, Catherine Pattillo, and Raphael Espinoza for the International Monetary Fund (IMF), one of the crucial institutions of global monopoly-finance capital, it was found that an increase in public investments by the advanced and emerging market economies can significantly help them recover their economic situation. The IMF’s Fiscal Monitor claimed that “Increasing public investment by 1 percent of GDP could strengthen confidence in the recovery and boost GDP by 2.7 percent, private investment by 10 percent, and employment by 1.2 percent if investments are of high quality and if existing public and private debt burdens do not weaken the response of the private sector to the stimulus (sic)”.

Despite tall claims of allocating a significant amount of money vis-à-vis the GDP as COVID-19 pandemic response, the Modi regime’s actual investment in the stimulus is 1.2% of the GDP, which is far low than the average 3% investments made by other advanced and emerging economies. The fiscal deficit has widened and reached 12% and only with the goal of containing that, to please his big corporate donors, Modi and his coterie are keeping public investment low.

Sanjeev Sanyal, the principal economic advisor at the Ministry of Finance, addressing the 115th AGM of PHD Chamber of Commerce and Industry said that the Modi regime recognises the need of fiscal stimulus. It’s not clear whether the government is mooting the possibility of announcing a set of fiscal stimuli or whether Sanyal wanted to appease the subtle displeasure expressed by the capitalists’ body during the AGM over the lack of stimulus. But if the Reserve Bank of India’s (RBI) new set of measures are seen in this context, it will be found that the government has no such plan to revive the economy. The RBI is acting as a proxy amid high inflation as there is no sign of stimulus.

Whether a fiscal stimulus will be provided or not and what would be the amount will decide how soon the Indian economy can recover and employment opportunities are available for a large number of unemployed people. From the present scenario, it seems that the Modi regime’s only concern is to liquidate the public assets and enterprises, hence it won’t care about an economic revival. The selling spree of public sector enterprises will push the Indian economy into a catastrophic crisis, while the farm reforms will intensify the food crisis and push the farmers into destitution. But the Modi regime is content until the corporates are happy.