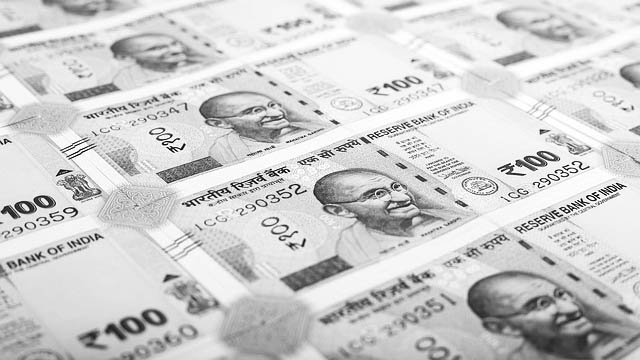 Much before the release of Government of India’s official statistics on the second quarter (Q2) gross domestic product (GDP) of the financial year (FY) 2020-21, scheduled on November 27th 2020, a team of economists of the Reserve Bank of India (RBI), including Michael Patra, the deputy governor, in-charge of monetary policy, believe that the economy probably shrank for a second straight quarter, pushing the country into an abyss of an unprecedented recession. Using its first-ever ‘nowcast’––an estimate-based high-frequency data––the RBI stated that the GDP contracted 8.6% in the Q2.

This ‘nowcast’ data raised question over the RBI’s prediction that the Indian economy will be growth bound from the Q3, riding on strong demand generation during the Hindu festival season. “India has entered a technical recession in the first half of 2020-21 for the first time in its history with Q2 2020-21 likely to record the second successive quarter of GDP contraction,” Pankaj Kumar from the Monetary Policy Department wrote in the “Economic Activity Index”. This is an unprecedented recession for the economy with no respite in sight. But the Government of India and the RBI are hopeful of reviving the economy before the Q4 of the FY.

An 8.6% contraction of the Indian economy is, ironically, promising when the Q1 saw a slump of 23.9%, sending shivers across different sectors amid the COVID-19 pandemic. The RBI report is claiming that there has been a considerable rise in the household savings in Q1, which is 21.9% of the GDP vis-à-vis 7.9% in Q1 of the FY 2019-20 and 10% of the Q4 of the FY 2019-20. This is maybe a result of the restrictions imposed during the lockdown, which prevented unnecessary expenses, loss of income that compelled people to spend judiciously and also due to the preventive savings by the people fearing insecurities due to the prevailing gloomy economic climate.

But as the Q3 is packed with many of the big Hindu festivals as well as Christmas and winter holidays, there are chances that urban elite, middle-class and even a section of the poor will spend some part of their savings to boost the demand in the market. The estimation isn’t an overestimation. According to the Confederation of All India Traders (CAIT), the one-month-long festive season sale, which ended on Saturday, November 14th, increased to more than Rs 720 billion, a 10% increase vis-à-vis the same period in the FY 2019-20.

According to Praveen Khandelwal, the secretary-general of the CAIT, this has happened as most people didn’t buy anything but essentials in the last eight months since the COVID-19 pandemic’s outbreak and subsequent lockdown. Those who have saved money all these months also loosened their purse strings viewing the festive season. However, this alone can’t pluck the demand needed to kickstart the economy and get out of the contraction mode. According to the RBI, the Indian GDP will contract 9.5% in the FY 2020-21. It expects the economy to grow in the Q3 of the current FY.

One of the reasons for the contraction is the lack of job creation and the treacherous job market, where there is a lacuna between the real scenario and the available data trends. According to the Centre for Monitoring Indian Economy (CMIE), there is a stagnation in the labour market since August 2020, which has worsened in October. The CMIE also shows that employment has fallen in October, despite it being the festival month, also the month of harvesting of the Kharif crop.

In a nutshell, October 2020 started showing the fall after April, as the economy started gaining and recovering from the shock since May, June and July. Now it’s to be seen whether the Government of India’s data brings any different conclusion and negates the RBI’s predictions. Whatever may be the real and fictitious claim over the economy’s contraction during the Q2 of the FY 2020-21, one must remember that there can be no total revival of the Indian economy through the orthodox or neo-liberal capitalist measures.

The economic crisis that has unfolded with the COVID-19 pandemic and paralysed most sectors of the country, is an outcome of the long-term crisis that went unhindered under Prime Minister Narendra Modi’s rule. Now, rather than tackling it with public sector investment, employment generation and through the undertaking of welfare-cum-development projects that will strengthen the base for a new, self-centred, and robust economy, the government is busy turning India into a cheap manufacturing hub for big foreign capital.

Thus, it’s clear from Nirmala Sitharaman’s Atmanirbhar Bharat 3.0 package that the Modi regime will focus on supply-side development and liquidity infusion than creating employment opportunities by reviving the ailing public sector undertakings. Due to such a nonchalant attitude, especially towards resolving the crisis, will cost the poor people dearly, leading to massive chaos in the economic front, which will reign for years to come. But Modi need not have to worry as his corporate donors will profiteer from the crisis economy.