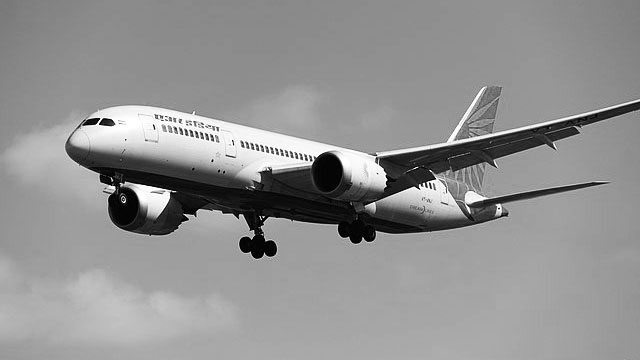 According to the Department of Investment and Public Asset Management (DIPAM), the leftover task of selling off the debt-ridden Air India will resume soon, along with the BPCL. Though the DIPAM has put Air India on the showcase, asking for bids since January 2020, and it planned to sell off the BPCL by March 2020, the Covid-19 pandemic caused a setback. The sale was deferred. Now that the government is entering the last quarter (Q4) of the financial year (FY) 2020-21, it’s keen to see the public assets liquidised to garner as much money of the Rs 2.10 trillion that Finance Minister Nirmala Sitharaman set as a target in the current fiscal.

The goal of Rs 2.10 trillion is itself four times of Rs 509. 28 billion, the total amount that the Modi regime’s privatisation drive earned in the FY 2019-20. Even if the BPCL and SCI, along with the freight company CONCOR are sold before March 31st 2021, which seems unlikely now, the DIPAM could provide Sitharaman with only Rs 800 billion, which is not even half of Rs 2.10 trillion. The privatisation of IDBI and Life Insurance Corporation of India (LIC) and other bodies may add some more amount to it, but that won’t meet the target, leaving the government in a cash crunch state.

As the Union Budget 2021-22 will be presented amid a grave economic crisis, when the GDP is expected to contract by 9.6%, it may rely more on foreign debts, which is the only scope for the government to survive the storm. But as 20% of the Central Government’s total earning is from debts, which results in interest payment occupying 18% of the government’s expenditures, as per the FY 2019-20 data, more debts can aggravate the imminent economic collapse of the Indian state, which Modi and Sitharaman are forcing to stand on the weakest foundations. In such tough times, the Modi regime’s privatisation drive is aimed at narrowing the deficit by selling the family silver.

If the Modi regime’s privatisation drive is bringing happiness somewhere, then it’s the at the headquarters of the big corporate houses that fund the BJP. The rich in India gained more wealth during the Covid-19 pandemic when the majority of Indians became poorer. In most of the biddings for the CPSEs, the BJP’s big-ticket donors like subsidiaries of Mukesh Ambani’s petroleum-to-telecom conglomerate Reliance Industries Limited (RIL), Gautam Adani’s Adani Enterprises, Ratan Tata’s Tata & Sons, Anil Agarwal’s mining conglomerate Vedanta group, etc, are taking part.

In the case of the SCI privatisation, Essar Shipping, Adani, Vedanta, GE Shipping and Dubai Port World are taking part. By selling around 63.75% stakes in the largest and premier shipping line in India, the Modi regime aims to earn Rs 25 billion at the current market prices. For Air India, the Tatas, who owned the carrier before its nationalisation, have expressed their interest, along with the US-based fund Interups Inc. Adani and Ambani are encroaching upon all other CPSEs.

Ambani has reportedly expressed his interests in BPCL, which the Modi regime wants to dilute as soon as possible as it will bring Rs 474.30 billion and help to cover-up the target set by Sitharaman to a great extent. The Tatas, Adani, Alstom, and Miami-based Norwegian Cruise Line, the world’s third-largest cruise line in terms of the number of passengers, are eyeing the privatisation of 151 trains by the Indian Railways.

Even when the working class resorted to massive strike action in November, and the farmers’ agitation against the pro-corporate BJP has taken on Ambani’s JIO and Adani’s companies, which are facing boycott throughout the country, the sheer hubris that’s driving the Modi regime’s privatisation drive is pointing towards a few points.

Firstly, the BJP is confident that the farmers’ agitation won’t have any significant or long-term political repercussions as the Hindutva fascist camp can use communal violence against the Muslim community to evoke strong Islamophobic emotions among the polarised masses and thereby control erosion in its support base. The BJP has historically resorted to communal violence to do damage control.

Secondly, as the BJP largely succeeded in overshadowing the farmers’ protest movement by amplifying trivial issues using the toady press that’s loyal to the regime, it’s confident that the Modi regime’s privatisation drive will achieve success without facing any obstinate resistance from the working class or the common people.

Thirdly, for the Modi regime’s privatisation drive to continue, the public dissent is harmless as long as it remains divided, unorganised and isn’t in an offensive mode. Even though the workers and farmers have been fighting the Modi regime’s anti-people policies, they aren’t posing any lethal political threat to the dispensation. As there is no work done at the grassroots level to develop an alternative power bloc and to challenge the political legitimacy of the BJP-ruled regime, the Party is considering its bastions safe and is continuing its attempts to hoodwink the masses in poll-bound states like Assam, Kerala, Tamil Nadu and West Bengal.

In such a scenario, the Modi regime’s privatisation drive will continue unabated. By the time the farmers’ movement will reach any conclusive stage, the Modi regime will sell-off all assets built with the public fund to big corporate houses. A crusade must be launched by the working class to halt this blatant dissolution of public assets to enrich private bodies. Until the people are awakened by equipping them with the right politics about this economic terrorism unleashed by the government, there can be no proper resolution to this issue of privatisation.