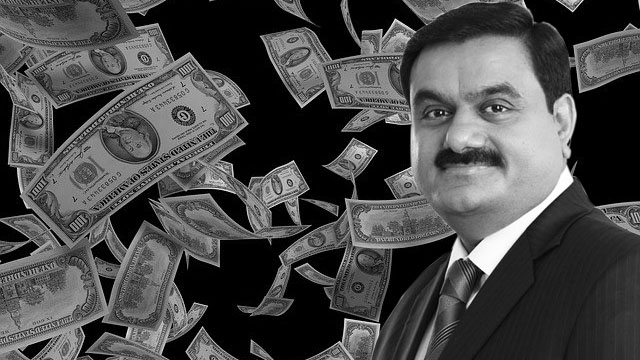 The recent resurgence of the COVID-19 crisis in India has wreaked havoc on the poor like it did in 2020. The recent local lockdown spree intensified India’s economic crisis manifold. But as the working class, the farmers and the poor suffer the ordeal, the richest of the rich are reaping profits. The continuation of Gautam Adani’s wealth increase made him the second richest Asian on Thursday, May 20th, trailing behind Mukesh Ambani, and exceeding Zhong Shansen. This exposes a grotesque wealth inequality caused by the neo-liberal economy, cronyism and corporate loot in India.

Mr Adani, who, along with Mr Ambani, is one of the principal sponsors of Prime Minister Narendra Modi and his Bharatiya Janata Party (BJP), saw his wealth spiralling at a time when the Indian economy has been on a steep decline phase. On Thursday, Mr Adani’s wealth increase took his net worth to $66.5bn. Mr Zhong’s net worth is $63.6bn and Mr Ambani’s net worth is $76.5bn.

In March 2021, it was found that Mr Adani earned the highest wealth in the US dollar in 2020, which was India’s worst crisis-ridden financial year. Mr Ambani became the sixth richest man in the world in 2020, for a brief period as well, when his net worth increased manifold.

While Mr Adani’s mining-to-power-to-agriculture-to-gems conglomerate had a market capitalisation of $20bnin May 2020, it has increased phenomenally to $115bn in May 2021. The aggregate market capitalisation of the Reliance Industries Ltd (RIL) of Mr Ambani, a petroleum-to-retail-to-telecommunications conglomerate, increased from $125bn to $178bn during the same period.

Since 2014, when Mr Modi became the prime minister of India, after his 13-year-long controversial stint as Gujarat’s chief minister, the businesses of Mr Adani and Mr Ambani have allegedly grown due to favourable policies undertaken by the government to exclusively benefit the duo. The BJP even gave permissions to Mr Adani’s projects that jeopardise the environment. Rules are bent to provide leeway to his firms, and reporting against it paves the way to ‘litigation terror’ attacks on journalists.

When Modi’s BJP swept the 2019 Lok Sabha elections to return to power, the stock prices of Adani Group and the RIL shot up, proving that the government will be tilting towards these entities while parroting the rhetoric of a ‘free market’, ‘fair competition’ and ‘equal treatment’. The Financial Times called Adani ‘Modi’s Rockefeller’, describing how brazen cronyism has helped this man’s meteoric rise in the Indian corporate sector as well as in the government’s power corridors.

Both Adani and Ambani have been called ‘gangster capitalists’ due to their ubiquitous penchant for strong-arm tactics. Mr Adani is accused of cronyism in Australia also, where his proposed Carmichael coal mine project has stirred a nationwide outcry and even pushed the government to backfoot. Mr Adani’s wealth increase is a result of his ever-growing clout in India’s ‘friendly’ countries, thanks to Modi’s generosity.

While Mr Adani’s conglomerate’s market capitalisation grew six times since 2020, unemployment rose from 6.5% in March 2021 to 8% in April 2021, as per the Centre for Monitoring Indian Economy (CMIE), thanks to the new lease of lockdowns in states like Delhi and Maharashtra. In May 2021, the unemployment rate shot up to an estimated 9.4% until May 22nd.

Pew Research’s data shows that due to the downturn caused by the first COVID-19 restrictions of 2020, in which the poor people’s issues weren’t even considered worthy to be discussed, the middle class—the vibrant and vulgar consumerist class—shrunk by 32m. At the same time, when Mr Adani and Mr Ambani are rejoicing and hailing Mr Modi for helping their fortune grow, the number of India’s poor, ie, those who earn less than $2 per day, reportedly increased by 75m!

Such optics, of wealth inequality, large-scale accumulation of resources and the government’s naked corporate appeasement validate the accusations levelled by the farmers agitating against Mr Modi’s three contentious farm laws. The farmers have accused Mr Modi of showing servility to Mr Adani’s and Mr Ambani’s business interests. Yet, Mr Modi is adamant about promoting their interests, risking his political fortune in several states like Haryana, Punjab and Uttar Pradesh.

As Mr Adani’s wealth increase closes the gap between him and Mr Ambani, millions of Indian working class, peasantry and toiled people even find it harder to survive on two square meals a day. This inequality isn’t a cause of Mr Modi’s unapologetic corporate appeasement policies, rather, due to the inherent nature of monopoly-finance capital, which is the core of the neo-liberal economy.

Just an ouster of the BJP won’t end cronyism and incessant accumulation of wealth by a few. Even policies of any other parliamentary party will aid Mr Adani’s wealth increase or that of Mr Ambani’s. It needs a larger struggle for public ownership of means of production and resources, which can happen only through a tectonic change in polity and economic system, to guarantee equal distribution of wealth and opportunities for the growth and welfare of the majority community–the broad masses of workers, farmers and toiling people.