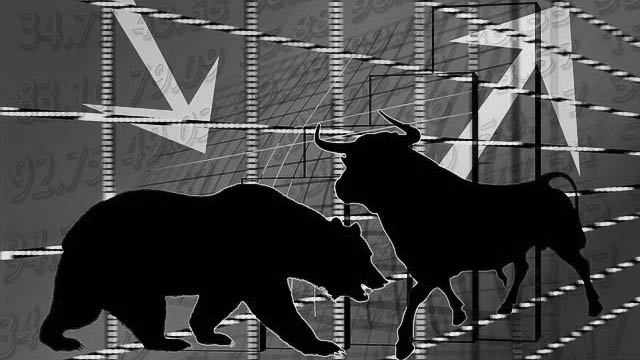 Rakesh Jhunjhunwala, the ace investor, asserted that India’s rising inflation will not impact the bull’s rage in the stock market and asked the investors to not get swayed by the small corrections in the equity market. “Investors should not be fearful of the market as a whole merely because of small corrections,” Mr Jhunjhunwala said during an interview with CNBC-TV18. The Indian share markets are going down as the investors’ faith is receding due to spiking inflation and incidents like the Adani Group fiasco, which took away Rs 550bn from Gautam Adani’s—India’s second richest man—wealth.

The Nifty50 is down 2% after it shot up to 15,900 level in the week ending on June 18th. Rakesh Jhunjhunwala’s assertion is correct on many counts. Firstly, the markets in India have been rising even when millions were rendered jobless due to the 2020 lockdown announced by Prime Minister Narendra Modi in March 2020. In this article and this one, it’s shown how fictitious capital has come into play and why it signifies that finance capital is pushing the world economy towards a major crisis.

Though the Indian economy’s contraction in the financial year (FY) 2020-21 puts to question its much-hyped growth projection in the FY 2021-22, now hit by the COVID-19 second wave and a third wave is in the making, which Mr Jhunjhunwala refuses to accept out of his medical wisdom, there are chances that the stock markets alone will survive the storm. The Adani fiasco showed how circuitous investments are used to artificially increase stock values and, thereby, stimulate the stock market indexes. However, as many listed companies are into similar arrangements, such unscrupulous practices are quite normalised in the share markets.

But what can certainly jeopardise Rakesh Jhunjhunwala’s prediction is the brewing non-performing assets (NPAs) of the banking sector, especially the public sector banks (PSBs), as Modi’s Insolvency and Bankruptcy Code, 2016 (IBC), is not helping the banks to recover their losses from the asset liquidation of the defaulters who declare themselves bankrupt. The Siva Industries and Holdings case attracted the limelight as well as stirred controversies. The PSBs agreed to an out-of-court settlement with Siva Industries and Holdings, accepting an offer of Rs 3.23bn when the total pending amount is Rs 48.63bn. This means the banks are agreeing to close the debt with merely a 6.5% recovery! Can those who lost their jobs due to the lockdown, expect such generosity from the banks?

Along with this case, several others, including that of the Videocon group, now shows why Modi’s IBC can’t help the PSBs and why in the National Company Law Tribunals (NCLTs) the defaulting corporations can have a cakewalk. While the Videocon group’s total outstanding debts is more than Rs 460bn, the notorious Vedanta Group, which is accused of human rights violations throughout India, is only willing to pay Rs 29bn for the company’s assets. The consortium of banks is willing to accept the offer and forego Rs 431bn-worth debts. According to the banks, they are sceptical whether any other buyer can offer a higher bid than Vedanta and, in case they lose the deal, they won’t be able to liquidate the assets of Videocon.

Though Rakesh Jhunjhunwala claimed that reforms like the IBC are helping the economy to grow, facts show otherwise and the stock markets can’t remain aloof from the real economy for long. At the end of the day, the IBC’s failure to contain the NPAs is mocking Mr Jhunjhunwala’s claims. The IBC failed to contain several cases of bankruptcy and the corporates are now looting the PSBs in open. If this continues, if the NPAs of the PSBs increase manifold, can the stock markets immunise themselves from the volatile situation? Can the investors, especially the small retail investors, save themselves from the imminent crisis that’s waiting like a shark to gulp them?