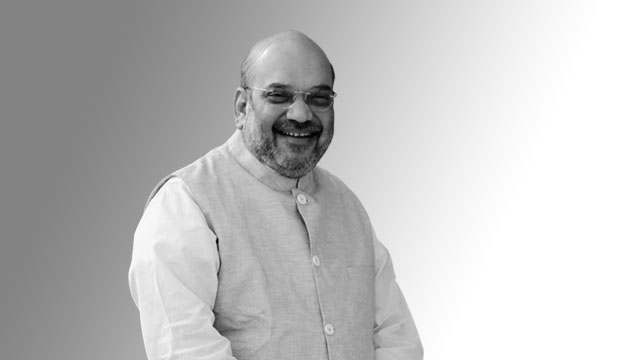 Union Home Minister Amit Shah, who is also the outgoing president of the ruling Bharatiya Janata Party (BJP), is obsessed with the number “one” like any other classical fascist would be. After stirring controversy over his suggestion of imposing Hindi as a mandatory language on India, as per the “one country, one language, one religion, one leader” vision of the Rashtriya Swayamsevak Sangh (RSS) — the ideological mentor and parent body of the BJP — he has also suggested one-party rule and one ID for the citizens recently.

Recently, while speaking to a Hindutva-incensed audience at the seminar of All India Management Association, flocked by Brahminical upper-caste members, Shah said that the people have been questioning the efficacy of the multi-party system. He cited the so-called failures of the erstwhile Congress party-led United Progressive Alliance government and praised his leader and mentor, Prime Minister Narendra Modi, for his purported “strong leadership”.

“But after nearly 70 years of independence, there was a question in the minds of the people whether the vision of the founding fathers had really been realised? Whether the multiparty system had failed to fulfil the aspirations of the citizens of the country?” Shah asked the audience.

While laying the foundation stone of a new building of the Registrar General of India and Census Commissioner in New Delhi, Shah mooted the idea of “One ID” for the country. “Why can’t we have just one card for all utilities like Aadhaar, passport, bank account, driving licence, voter card. There should be a system that all data should be put together in a single card. This is a potential. That is why digital census is very important,” the PTI quoted him saying in Hindi.

For the critics of the Modi regime, both statements by the murder-accused-turned-home minister bore a threat to the multi-party democratic model that India has flouted as a symbol of its diversity and pluralism, as well as to the very privacy of the citizens that would be violated by the use of Big Data and artificial intelligence (AI) promoted by the government by linking their biometric information with every service that they avail. Though the Supreme Court had earlier considered Aadhaar an intrusion to privacy and ordered delinking of it from phone numbers and bank accounts, it’s unlikely that the Modi regime, which is harping on selling data to the big corporations, Indian and foreign, at a cheap rate, will budge.

During his recent visit to the US, Modi has got the endorsement of Trump to don the attire of the father of the country, which will eventually make him unquestionable authority towards whom the citizens would be bound to exhibit their unconditional faith. Modi’s status is extolled by the Hindutva fascist RSS and BJP to that of Il Duce Benito Mussolini or Fuhrer Adolf Hitler, in Italian and German circumstances, during the pre-second world war days. Modi can’t be questioned and he is beyond criticism. Modi and the BJP are synonymous and even India and Modi are synonymous. According to the RSS-BJP, any opposition to Modi means opposition to India. This is the foundation of a one-party rule.

Topped with a total pulverization of the opposition, which is even unable to criticise the government or expose its crimes fearing a vendetta regime, as Modi showed his utmost fascistic approach towards opposition by brutally locking down Kashmir for more than 50 days, there is no literal challenge left to the Modi regime in the parliamentary arena.

Except for the Dravidian heartland, it even doesn’t face any strong challenge anywhere else in India. This situation has already provided leeway to Shah in his endeavour of establishing a one-party rule in the country.

Under such circumstances, it’s a fact that the RSS will be pushing its long-pending agenda of establishing the Hindu Rashtra (the theocratic dictatorship of upper-caste Hindus). In the proposed Hindu Rashtra, the founder of the state, Modi, will, of course, become the de facto ruler who can’t be challenged or questioned. As the opposition will be vilified and demonised severely, leaving them unable to beat the Islamophobic hysteria that the RSS and the BJP have been mainstreaming for years, it won’t be possible for any parliamentary party to resist the Hindutva fascism’s juggernaut through their conventional means.

Even if the non-BJP parties, especially the Congress, try forming a government in any state, the maverick Shah, who is expert in using the immense money and muscle power of the BJP to stitch any unusual alliance, will engage in a dirty horse-trading and end up buying a majority of legislators to elevate the BJP to the majority party’s status. The fall of HD Kumaraswamy’s government in Karnataka, the volte-face by Nitish Kumar in Bihar, the unusual alliances stitched in Manipur and Nagaland, the buying of legislators in Sikkim to throw Pawan Chamling out of power, the buying of Congress party’s legislators in Goa, and the incessant poaching of ruling Trinamool Congress’s legislators in West Bengal are examples of how Shah, who is called Chanakya by the sycophant press, is undermining democratic ethos and making money and muscle-power two key constituents of winning victory in politics.

Under Shah, the BJP remains the only ruling party and it, as a fascist party, needs total control over the activities of each and every citizen to gauge their mentality, behavioural pattern and monitor their activities. The Modi regime will not merely sell personally-identifiable data, which Modi himself marketed in the US, to big corporations, it will also use it to consolidate its rule by minimising threats to its fascistic politics. It wants to curb dissent and jail dissenters, minority communities and activists who fight for people’s rights, to ensure there remains no lethal challenge to its rule. Thus, one identity card, which will give the government access to a unified database and make it easier for storage and access, will be vouched by the BJP in the days to come.

This rule of One is a threat to India. It’s a multi-ethnic, multi-lingual, multi-religious country with vivid people. The idea of imposing one party’s rule with one leader, one language, one culture, one religion, etc, will harm the very fabric that held these people together and will fuel fratricide throughout its territory. That’s what exactly the Hindutva fascists like Shah want.

The idea of one ID will eventually help the government to degrade the status of Muslims and Christians while jailing dissenters en masse. Shah’s fascistic dreams are fantasies for the hardcore members of the RSS-led Hindutva cavalcade, but they are big threats to the idea of India and its very foundation of pluralism that the people have been hitherto exhibiting despite the state’s indifference. It’s the people who have to strive to resist and thwart the evil designs of Shah and the Modi regime so that their rights and ways of life are secured. Except for the people’s united struggle, which can be built outside the parliament, no other way is left that can guarantee a total defeat of Hindutva fascism and victory of people’s democracy.