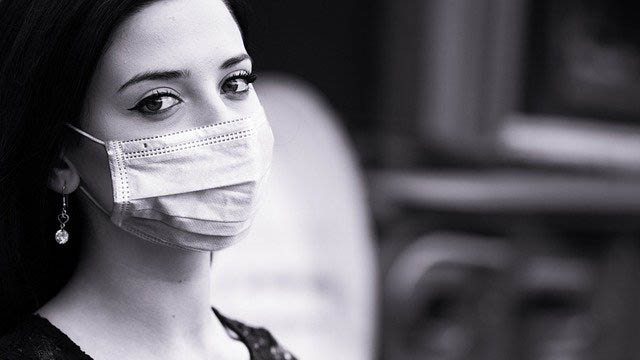 India is in a big trap. A hysteria around COVID-19 is created with a concerted effort by global giant pharma corporations, corporate-controlled media houses and Prime Minister Narendra Modi’s ruling dispensation. This COVID-19 fear is based on assumptions, manufactured optics and constant manipulation of a particular socio-economic bloc’s thought process to fuel panic.

Ironically, except for the international finance capital-led big pharma lobby, no one has a complete idea about the scheme they are a part of. Even the Modi regime is acting as per instructions from the World Health Organization (WHO), the World Trade Organization (WTO), the World Bank and the International Monetary Fund (IMF) and implementing policies and decisions taken in foreign boardrooms. Neither Modi nor his closest associates have the full knowledge of what’s taking place and how to tackle the situation.

The Opposition, either in a hypnotised state or under compulsion to promote the interests of big foreign capital, has been fanning the hysteria as well, without critically analysing the situation and its intricacies. The research work on the SARS-CoV-2 or COVID-19 is ongoing and no concrete evidence is available regarding how to stop the transmission of the virus, which is allegedly airborne and how to treat the patients who are contacting the virus.

Yet, using a wide array of probabilities, the WHO and other bodies have been promoting practices like wearing masks, sanitising hands, maintaining social distancing, etc, which aren’t backed up by fool-proof research so far.

While the WHO’s unverified claims are accepted as Gospel’s truth, no amount of counter-claims are allowed to exist on public domains and are purged as “conspiracy theories”.

Recently, People’s Review’s Twitter handle was blocked for publishing this article. As a responsible, people-first online publication, People’s Review is dedicated to sharing objective analysis on different issues. It has a right to present a counter-narrative to the one that’s popularised through a concerted effort. However, Twitter censored such a data-driven, objective analysis calling it a “conspiracy theory”.

The SARS-CoV-2 is real. However, it has a very little mortality rate. At present, the government’s records put it at 1.18%. Though this is disputed, it’s a fact that most patients are dying due to a lack of medical care, especially oxygen support and crucial medicines. The fault lies with India’s rickety public health service, which can’t provide treatment to people effectively during a pandemic.

Rather than raising the demand to upgrade India’s public health system, the Opposition and the mainstream press are demanding an expansion of the vaccination drive. The vaccines, sold by different big pharma giants, are shown as a magic weapon against the SARS-CoV-2. Except for the Russian vaccine Sputnik V with a 92% efficacy, no other vaccine has crossed the 80% efficacy mark.

After using the COVID-19 fear to sell off public assets in 2020 according to the prescription of the IMF and implementing the anti-farmer agriculture laws as per the diktats of the WTO, the Modi regime is using the “second wave” to help the big pharma companies profiteer from vaccine sales, which is authorised by the WHO.

While most economies of the world have experienced rising unemployment and poverty, caused by the ongoing crisis of global monopoly-finance capital since the 2008 US Subprime Crisis, which aggravated during the COVID-19 pandemic and the virus was blamed for the situation instead of capitalism, then billionaires of the world increased their wealth manifold, while the poor and the lower-income groups suffered the most. India has been going through this ordeal as well.

In such a situation, when the COVID-19 fear is driving the urban elites and the middle-class paranoid, the Modi regime is seizing the opportunity to sell vaccines and curbing people’s rights, especially the farmers demanding repealing of the contentious agriculture laws. Modi’s scheme is supported by the global big monopoly-finance capital lobby headquartered in the US. Any critical analysis of this lobby is getting censored on the internet.

We can’t let this senseless COVID-19 paranoia within a section of the “haves” destroy the lives and livelihoods of the “have nots”. It’s imperative to expose the lies, atrocities and goof-ups of the Modi regime and the international capitalist lobby to ensure that the people fight for their rights. We shall continue to awaken the people, fighting all censorships they subject us to.