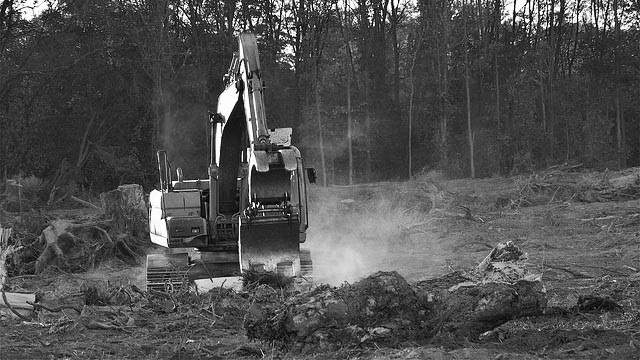 As the Indian corporates are flooding the social media with their topical content on World Environment Day, June 5th, it’s time to ask how they manage to lie such conveniently? As corporate greed is eating up India’s green coverage, destroying rivers, hills and disrupting ecological balance, World Environment Day is as much farcical in India as is World Human Rights Day.

According to reports, India lost nearly 38.5 thousand hectares (Kha) of tropical forest between 2019 and 2020, which is nearly 14% loss of its total tree cover. The total tropical forest area in India fell by 0.38%. Prime Minister Narendra Modi’s government is inflating India’s green coverage data through manipulation and has claimed in the Parliament that India’s forest cover is continuously increasing and is now 24.56% of its total geographical area.

Since 1980, India has diverted 1.5m hectares of forest area for industrialisation, mining and other projects labelled as “development”. Most of this diversion happened since 2000, when Atal Bihari Vajpayee’s Bharatiya Janata Party (BJP)-led government unleashed the juggernaut of economic liberalisation, allowing the big corporate houses a free hand in destroying the environment.

In 17 years between 2002 and 2019, India lost forest area that is four times the state of Goa. The north-eastern parts are undergoing rapid deforestation and the real forest cover, outside the government’s propaganda spectrum, is decreasing rapidly. Excluding Assam, this region has experienced an 18% decrease in forest cover.

The BJP, which is the most despicable corporate lackey in Indian polity, continues to strongly defend India’s deforestation by hoodwinking the people and the press with botched data. The Modi regime has admitted that between January 1st and November 6th 2019, 11.46 Kha of forest land was diverted for non-forestry use. Now one can imagine how much forest area has been destroyed since 2014 when Modi ascended to power.

Pristine forests like Hasdeo Arand are destroyed to satiate the greed of corporate donors of the BJP like Gautam Adani’s Adani Enterprises. The notorious Vedanta group continues its manoeuvres to seize control of pristine forests in Odisha’s tribal zones, rich in bauxite and other mineral reserves.

The Modi regime’s $168bn-worth river linking project is an environmental disaster-in-waiting. Though Vajpayee had taken up the project in 2002, the Modi regime is pushing it forward to provide greater profiteering opportunities to the corporate houses but, at the same time, cause immense damage to the lives of people and their land.

The recent flood in Uttarakhand showed how unbridled “development” and encroachment on forests and rivers destroyed the hill state. The Amphan super-cyclone in May 2020 and the Yaas cyclone in May 2021 destroyed the southern coastal districts of West Bengal due to rapid deforestation, encroachment on riverbanks and construction near seashores by ignoring the environmental norms. The lack of mangrove forests, which helped the South 24 Parganas earlier to survive cyclones, caused immense damages to the villages, destroying people’s livelihoods during these two years.

Now even the cities aren’t left safe. The destruction of New Delhi’s power bloc for the construction of Modi’s dream project Central Vista, designed according to Adolf Hitler’s “Germania”, shows how anti-environment the BJP has been. It deforested the entire area, damaged the natural habitats of birds and wildlife in the city. All these to satisfy the ego of a narcissist dictator.

Millions of tribal people have been displaced to make way for “development” in the forest areas. At many places, like Chhattisgarh’s Bastar and Odisha’s Niyamgiri hills, the tribal communities are resisting corporate aggression on their water, forests and land. They are labelled as “Maoist” insurgents and face brutal police repression for standing up for the environment.

Corporate propaganda on World Environment Day is the manifestation of the highest degree of hypocrisy. When the corporates themselves pose the biggest threat to the world’s environment and ecology, how could they come out and celebrate World Environment Day with so much insouciance? The reign of the corporate-government mendacity on the environment must end and that can happen only when the tribal people establish their hegemony on their water, forests and land.