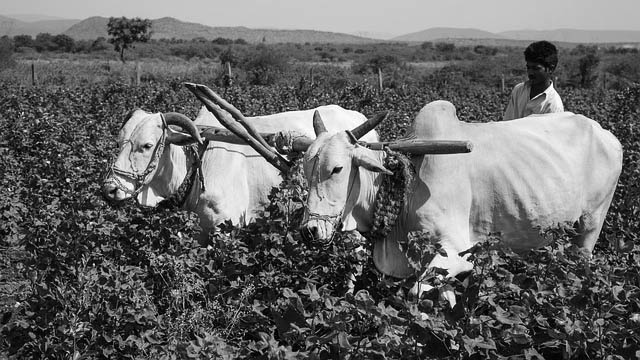 As the Bihar Assembly election 2020 is approaching, the political temperature of the state is soaring. Recently, the Maha Gathbandhan or Grand Alliance, consisting of the Rashtriya Janata Dal (RJD) and the Congress party, amplified its cacophony while releasing its election manifesto during a press conference in Patna. RJD leader Tejashwi Yadav and the Congress party’s Randeep Surjewala were present during the press conference and they promised to repeal the anti-farmer laws enacted by the National Democratic Alliance (NDA) government of Prime Minister Narendra Modi’s Bharatiya Janata Party (BJP).

Recently, even the Congress party-led Punjab Government has enacted its own laws to negate the anti-farmer laws of the NDA government. However, can the state legislature do away with a Union law according to the constitutional provisions? Or are these mere hoodwinking measures to deceive the masses, especially the farmers? Can the Grand Alliance, if it wins the Bihar Assembly election 2020, enact laws to repeal the Union’s laws on agriculture? Can such an act sustain itself from the Supreme Court’s intervention?

Articles 245 and 246, read with the Seventh Schedule to the Constitution clearly shows how the legislative power is divided between the Union and the States. The residual legislative power in India lies with the Union, depriving the states. With a strong centralising trend, the Indian governance system always bolsters the position of the Union vis-à-vis the States. According to the Constitution, there is an expressed predominance of the Union List over the State List and the Concurrent List. This makes the Union law prevail over the State’s.

Agriculture is a Concurrent List subject, so the Union law will prevail over the state’s laws. Moreover, if we see how the reforms were formulated in May 2020, when Finance Minister Nirmala Sitharaman unveiled the scheme, it will be clear that the state’s rights were snatched by the Centre on the issue. Both of the new anti-farmer Acts, The Farmers’ Produce Trade and Commerce (Promotion and Facilitation) Act, 2020, and The Farmers (Empowerment and Protection) Agreement of Price Assurance and Farm Services Act, 2020, are enforced by the Union, and as such, the States can’t refuse the implementation as decisions of the Union will supersede theirs.

Thus, when the RJD and the Congress party-led Grand Alliance promises of repealing Union laws through the state legislature, or when the Congress party passes its modification on the Union laws, without changing its essence or content, in Punjab, they are milking the overwhelming sentiment of the farmers, who are vehemently opposing the farm bills. It’s found in a recent survey that more than half of the farmers oppose the farm bills. But rather than mobilising them against the Modi regime to compel the later to repeal the anti-farmer laws, the Grand Alliance is duping the farmers, including the landless peasantry, with tall promises before the Bihar Assembly election 2020 that can’t be materialised within the ambit of the constitutional mechanism.

Though it’s imperative to stall the Hindutva fascist juggernaut of the BJP in Bihar to save the farmers and the working class from destitution, however, the legislative alternative provided by the Grand Alliance can’t fulfil the needs of the people. The simple reason is that despite their tall rhetoric on welfare and justice, these right-wing forces will remain within the constraints of the neo-liberal economic model. Thus, they have not much to offer vis-à-vis the BJP to the people of Bihar, which is a reason the Grand Alliance is taking refuge in sheer lies, like repealing the Union laws using the state’s legislature, to sweep the Bihar Assembly election 2020.

For the people of Bihar, only a strong anti-feudal struggle, linked with a vehement struggle against the corporate aggression on water, forests and land, should pave the way to not just resist the Hindutva fascist juggernaut, but also to effectively decimate the insidious forces of global imperialism. The Grand Alliance or other such mainstream right and centrist organisations and coalitions can’t build up such anti-fascist movements as the parties like the RJD and the Congress are closely tied up with the interests of feudal landlords and big corporates.

History has proved that the parties like the RJD or the Congress can’t provide relief to the people. Therefore, no tectonic change can be experienced through the mundane course of the Bihar Assembly election 2020, rather, the change must come from the grassroots, through the people’s democratic struggles, which will end the tyranny of Hindutva fascism and build a new Bihar.