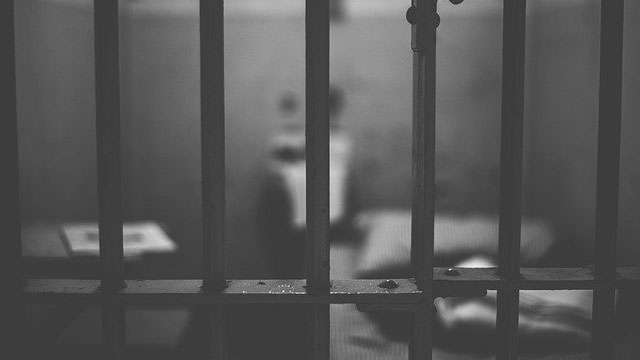 Muslims in India have been at the receiving end of state persecution, especially after the Indian ruling classes tilted towards the Washington DC-led neoliberal economic order from 1990-91 onwards. It has been a child’s play for the Indian state security agencies to falsely implicate Muslim men, and even women, in terror charges and then either kill them in fake “encounters” to earn medals or imprison them for years, even decades. The tragic case of Bashir Ahmad Baba, 44, a Kashmiri Muslim who had spent 11 years behind the bars in Gujarat on terror charges and is recently acquitted, isn’t different.

Baba, who went to attend a camp management course for post-cancer cases in Ahmedabad in February 2010, was picked up by the Gujarat Police, then under Amit Shah, the present-day Union home minister, who held the state home ministry under then chief minister Narendra Modi, the current prime minister. The Gujarat Police accused Baba of recruiting Muslim youths for militancy and booked him under the draconian Unlawful Activities (Prevention) Act (UAPA). He was thrown behind the bars and wasn’t even given bail in years, even when he lost his father in 2017.

A Vadodara court found Baba innocent, after 11 years, and acquitted him of all charges. He has returned home and has reunited with his bereaved mother. His family is happy; but the question is, what did Baba do wrong to suffer 11-year-long imprisonment, which even many convicted criminals won’t undergo? He was innocent, as per the court, but then, why Baba remained imprisoned for 11 years? Who is responsible for Baba’s loss of 11 years from his life?

India’s judiciary has denied compensation to victims of wrongful confinement. Neither the police nor the ministers and bureaucrats of the home ministry, of the States and the Union, are held accountable for such vindictive actions that ruin the lives of not just Muslims, especially Kashmiris like Baba, but also of tribal people of eastern and central India who languish behind bars on charges of being leftwing guerrillas. Like the police, the ministers like Shah, etc, weren’t penalised ever for their crimes and not thrown behind the bars for such acts. Therefore, they continue to persecute the marginalised with utmost impunity.

While refusing to accept the plea for compensation from the acquitted accused of the Akshardham terror attack case, who were wrongly confined by the Bharatiya Janata Party (BJP)-ruled Gujarat government for years, the Supreme Court’s bench of former chief justice Dipak Misra and Justice R Banumathi noted that it will set a “dangerous precedent” if the acquitted persons are allowed to seek compensation for their “wrongful confinement”. However, the question remains, who will then take responsibility for the loss of livelihood and precious time of an individual’s life who remained confined wrongfully for years? Can’t the police and the politicians controlling them be penalised to pay for the wrongful confinement, especially under draconian laws like the UAPA?

In 2018, there were 139,488 convicts in the Indian prisons, which shows that there were only 339 convictions in the year vis-à-vis 2017, but the number of undertrials increased to 323,537; 14,819 more than 308,718 undertrials of 2017. This sloth pace of conviction—caused due to loosely-built police stories—shows how undertrials will have to languish for years before they can get a verdict. Moreover, as the trial court verdicts are challenged in the high courts or the Supreme Court, most prisoners have to wait for decades before getting any respite.

The NCRB statistics clearly show that it’s the poor and the marginalised who form the bulk of the prisoners, especially undertrials in India. On December 31st 2019, 27.7% of prisoners were illiterate, 41.6% had education below matriculation while 21.5% were matriculated and undergraduates. This shows at least 69.3% of inmates are vulnerable to suffer due to a lack of resources and less knowledge regarding the judicial process.

Class and caste data of the undertrials also shows how the marginalised suffer the most. Among the 330,487 undertrials on December 31st 2019, 61,900 were Muslims, 11,844 were Sikhs and 9,170 Christians, which means 25.10% of total undertrials are from the minority communities. Among the Hindu undertrials, the breakup shows how the Dalits and the tribal prisoners—also categorised as Hindus—form the majority. There were 69,302 Dalits, 34,756 tribal and 113,062 backward class Hindus (OBCs) on December 31st 2019. This means that the Bahujans are 65.70% of total undertrials, which is a clear indication of the Brahminical mindset of the Indian state machinery.

Most of the women prisoners are undertrials. Out of 1,543 women prisoners with 1,779 children on December 31st 2019, 1,212 were undertrials with 1,409 children. Only 325 were convicted with 363 children. The children of the undertrials are also suffering due to the slow judicial process and they lose the prime of their childhood behind the bars. Moreover, it’s not just the children, but also the young people who suffer behind the bars, losing their precious years as undertrials. According to the NCRB data, 43.4% of inmates are in the 18-30 years age group, most of them undertrials.

While there has been constant advocacy for a prudent compensation package for the wrongfully detained prisoners, neither the government nor the political parties of any hue took any initiative to realise the necessity. Most political parties in India are culprits when it comes to wrongfully detaining people. The Congress party has imprisoned innocent people all over India for decades, which is now practised by the BJP, but even the so-called progressive parliamentary forces have played a heinous role in imprisoning a large number of undertrials, especially their political opponents.

A large number of political prisoners have been languishing behind bars as they were booked under the draconian UAPA. Recently Natasha Narwal and Devangana Kalita, along with a handful of other activists, who were arrested by the Delhi Police in 2020, got bail. They spent a year behind the bars on false charges of sponsoring and fuelling the Delhi anti-Muslim pogrom of 2020, while the real culprits like Kapil Mishra, Shah and others are roaming scot-free. Their trial will last for years and there are chances of future imprisonment as well.

Many more like Umar Khalid, Sharjeel Imam, Meeran Haider, etc, continue to languish behind the bars, as Mr Modi and his closest ally, Shah, who heads the MHA, will use the optics of the persecution of critics to send a chilling message down the spine of the mainstream opponents so that they refrain from taking on the government. Even for criticising the BJP’s claim of curing COVID-19 using cow dung and cow urine, two men, including a journalist, are thrown behind the bars in BJP-ruled Manipur. Several other journalists, especially in the disputed territory of Jammu & Kashmir and the BJP-ruled Uttar Pradesh face police persecution, but Modi’s servile mainstream press remains mum regarding their ordeal.

The Law Commission of India’s Report No 277, titled “Wrongful Prosecution (Miscarriage of Justice): Legal Remedies”, submitted in 2018 with a draft bill “The Code of Criminal Procedure (Amendment) Bill, 2018”, suggesting that India adopts a compensation policy for those who are wrongfully confined by the state and suffer the loss of liberty due to no fault, ie, the violation of Article 21 of the Constitution of India, remains in the cold storage till date. The Modi regime knows, if it enacts any such law, it’s the BJP-ruled state governments that will suffer humiliation.

BJP-ruled Gujarat, Modi’s much-acclaimed “model” state, had 9,799 undertrials vis-à-vis 4,592 convicts, Karnataka had 10,500 undertrials vis-à-vis 3,997 convicts, and Uttar Pradesh had 73,418 undertrials vis-à-vis 27,612 convicts on December 31st 2019, according to the NCRB’s statistics. The higher volume of undertrials under its rule and its undying love for draconian laws that persecute Dalits, Muslims and tribal people, will prohibit the BJP from accepting any such recommendations to enact the compensation systems that can help the wrongfully confined, victims of state repression to seek compensation.

While China and many western countries, sans the US, have a fair compensation policy for the wrongfully confined, victims of state repression, India, despite ratifying the International Covenant on Civil and Political Rights (ICCPR) in 1968 with several reservations, especially regarding compensating the victims of wrongful confinement, is “yet to comply with its obligations and enact a legislation laying down the law for compensation of the victims of this miscarriage of justice,” the Law Commission noted in its report.

The harrowing experience of Baba and many more before him, especially the Muslims and other marginalised people, shows the importance of building up a mass movement demanding a legal system that can protect the rights of those persecuted by the state and hold the officials, political and police equally, accountable for the losses suffered by the victims. The system of compensation, which should be paid by penalising the officials who are at fault or complicit in falsely implicating innocent people, especially the Muslims, Dalits and tribals who become their soft targets, must be enacted to ensure that miscarriage of justice doesn’t kill the essence of human rights and democracy.

However, as most political parties are complicit in this dirty business, it’s the progressive people’s forces that must play a vanguard role in demanding the enactment of such laws and unconditional release of all political prisoners and victims of wrongful confinement. Until the time such a people’s movement starts gaining steam from the grassroots and becomes a formidable force to reckon with for the government, there can be no respite for those who are repressed by law enactment officials and power-hungry politicians.