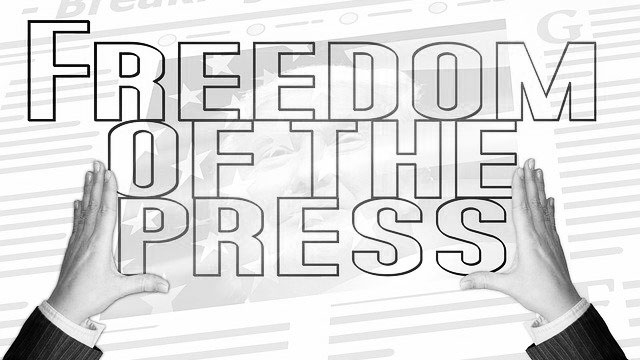 As the Bharatiya Janata Party (BJP) is facing an ignominious situation conflagrated due to the farmers intensely protesting Prime Minister Narendra Modi’s three anti-farmer laws, it has unleashed gory atrocities on the journalists narrating people’s stories. Using the police, the Modi regime and the BJP are cracking the whip on the last vestige of free and critical journalism in India, which couldn’t be melted and turned into the government’s megaphone yet. Modi’s attack on journalists critical of the BJP’s policies exhibits how desperately the regime is keen to suppress facts to keep the people bamboozled, divided and vulnerable to propaganda.

The arrest of Mandeep Punia, a freelance journalist contributing to The Caravan, in Delhi, the police cases filed in Rampur, Uttar Pradesh, against Siddharth Varadarajan, the founder-editor of The Wire, and journalist Ismat Ara, for their story on Navreet Singh, the farmer killed by the police on January 26th in Delhi, have triggered massive unrest among the last batch of freedom-loving journalists. Through their collective struggles, these journalists are trying to resist the police assault on their freedom to tell stories.

It’s not the first time that the attack on journalists is taking place under Prime Minister Modi’s dispensation’s watch. Since the BJP won an absolute majority in the Parliament under Modi’s leadership in 2014, the Party and its parental body Rashtriya Swayamsevak Sangh (RSS) have been working in tandem with the reactionary big corporate houses and the state machinery to curtail the power of the free press. In this crusade against journalism, the BJP-RSS got the corporate-controlled mainstream press by its side.

Much before Modi became India’s prime minister, the corporate-controlled mainstream press became his docile tool and helped him, and the BJP, in opinion-forming and in building a halo of invincibility around his marketed image. The corporate-controlled mainstream media has played a bigger role in, vis-à-vis the advertisement campaigns, promoting the brand Modi in the 2014 and the 2019 elections. But the independent journalists have questioned his government, the age of tyranny and opposed the system’s way of pulverising criticism and curbing dissent.

This questioning, this reluctance to show obeisance by a handful of journalists with a spine, the indomitable spirit displayed by those who critically analyse the government’s misdeeds, irk Modi and his cabal. Hence, the Hindutva fascists are always proactively launching a vicious attack on journalists who question the regime and its crimes. At times, the Hindutva camp doesn’t stop at imprisoning the journalists, it also kills the voracious truth-seekers like Gauri Lankesh.

Now, while the BJP and the RSS stirred cacophony over their toady television anchor Arnab Goswami’s arrest in a case of suicide abetment, they brushed under the carpet the uncomfortable facts regarding the attack on journalists in India. Journalists like Siddique Kappan, Prashant Kanojia, Kishorechandra Wangkhen, Tsewang Rigzin, Rajeev Sharma, etc, are incarcerated on charges that sound utmost dubious. Many journalists in Kashmir, like Masrat Zahra, Peerzada Ashiq, Gowhar Gilani, etc, have faced the state’s repression recently for merely doing their job.

In October 2020, the International Press Institute (IPI), a global network of editors, media executives and journalists, along with the International Federation of Journalists (IFJ), wrote to Modi, requesting him to ask the States to drop the charges against the journalists under draconian laws. While the IPI and IFJ wrote to Modi, citing the cases of Kappan and others, the press ranking of India fell to 142 in Reporters Without Border’s Press Freedom Index 2020. In 2019, India ranked 140 among the 180 countries. The rank of 142 is the lowest for India since 2013.

When the corporate-controlled press has unapologetically exposed its nefarious nexus with the Modi regime and has been tom-tomming the government’s lines without an iota of criticism, the free and alternative press has taken up the role of objectively reporting facts and questioning powers. Then, the attack on journalists, launched by the Indian state, is particularly targeting those who aren’t associated with big houses. So Punia and others are tormented, but the likes of Goswami can call for a special hearing by the top court. But, by spreading the flames all around him, Modi is encircling himself with fire. There is no way Hindutva fascist rule of the BJP-RSS can thrive now.