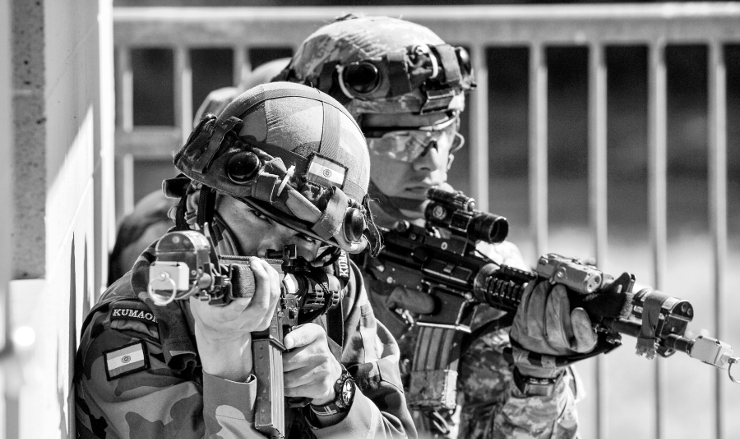 Army deployed at several toll tax booths and on important corners of West Bengal on 1st of December, including areas close to the state secretariat, which the Chief Minister called an attempt by the Modi government to bully the democratically elected government of the state for the reluctance of Mamata Banerjee to give any respite to the central government on the issue of demonetisation.

While carrying out her propaganda throughout the country Mamata Banerjee alleged that the Modi government can get her killed due to her hardline stand on the demonetisation issue.
Recently, on 30th November, a plane carrying the Chief Minister back to Kolkata from Patna, was asked to stay away from the runway by the Air Traffic Control of Netaji Subhash International Airport, despite knowing that the plane was low on fuel. The plane later landed after circling the skies for 40 minutes.
Firhad Hakim, one of the close associates of the Chief Minister alleged on ABP Bangla news channel that, the decision to not allow the plane to land despite it running out of fuel was an attempt to kill the Chief Minister of West Bengal by the BJP and the Central Government that has absolute control of the aviation sector operations.
Though the allegations made by the Chief Minister’s close aide was refuted by the central government, the recent allegations by Modi that some powerful people are trying to kill him and his readiness for any such occasion was not rated as a melodrama by a demagogue who was shedding crocodile’s tears for the common people.

If the BJP and the RSS stand by Modi on his claims then that will mean the Home Ministry under Rajnath Singh lacks optimum performance, which created a scenario where some unscrupulous powers can plan to assassinate the Prime Minister, on whose security the government spends crores of rupees from the average tax payers money.

If Modi is so sure about the assassination plot then he should have informed the security establishment about the conspirators and their plan.
No security expert rubbished the claims of the Prime Minister or called him a maniac for the ‘assassination plot’ claim, the statement was accepted as gospel truth by a large chunk of the urban elites and highly paid neo-urban middle class. However, the same forces will reject any similar claims by Mamata Banerjee or any other opposition leader, which makes their own claim quite ridiculous.
Mamata Banerjee accused the central government of violating the principles of a federal government structure by unilaterally deploying army personnel in places like Dankuni and Palsit along with the left side of the Vidyasagar Setu while entering Kolkata. The Eastern Command based in Fort Williams, Kolkata, denied the allegations and refuted them with a tweet and said

The Trinamool Congress Rajya Sabha MP, Derek O’Brien shared a video of the army checking vehicles at the toll plaza of the National Highway 2

What is the Army doing at toll plazas in Bengal without Centre informing State. Watch video 2/2 pic.twitter.com/3Kxb9yYa85

Derek O’Brien, Mamata Banerjee, and the West Bengal government, including the Kolkata Police, came under extensive fire from the RSS supporters and activists on social media, especially on Twitter. By playing the usual ‘nationalist’, ‘army worship’, and ‘patriotic’ cards the visibly upper-caste Hindu social media users hurled choicest and most misogynist abuses at the Chief Minister and used the occasion to do the usual Muslim bashing following the popularly spread misconception that Mamata Banerjee is a pro-Muslim politician. The abusers were mostly based out of West Bengal and most of them tried to placate the BJP as well as the army as the best rulers for the state where the Trinamool swept the polls nearly eight months ago.

Though the Trinamool Congress and its leader Mamata Banerjee are blowing the incident out of proportion to sideline all opposition forces in the state politics and to consolidate its position as a strong anti-BJP contender in the 2019 polls, the activities of the army in West Bengal, which clearly as a strong support from the Defence Ministry, seriously undermines the democratic fervour and the federal system of the country.

At a time when the Modi government is trying to impose a virtual martial rule on the people by establishing a semi-junta Hindutva fascist state where the armed forces will be worshipped like a cult and kept away from the purview of public scrutiny, the overriding of the state government’s role and responsibility in maintaining law and order by the central government led by the BJP is a signal that the Sangh Parivar is desperately seeking an unipolar country and unconditional subjugation from the people and the ruling cliques of different states.