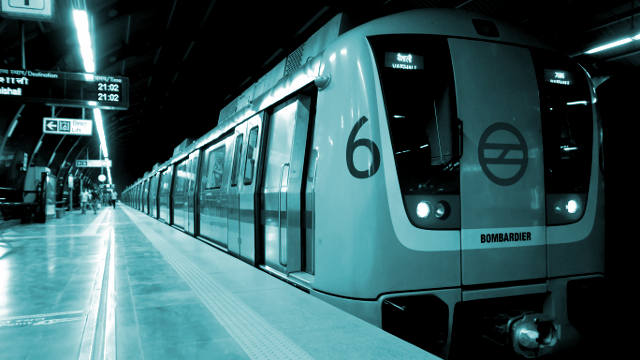 All sections of the ruling classes have united to thwart the rightful movement of the Delhi Metro employees against their unbridled exploitation by the Delhi Metro Rail Corporation (DMRC), a joint-venture company owned by the Delhi Government and the Union Government, financed by big foreign monopoly and finance capital that extracts huge profit from the operation of the largest public transport system of Delhi. The non-executive employees of Delhi Metro have raised some very genuine demands regarding their pay revise, better working condition, end of arbitrary termination of service and their right to unionise. These demands of 9,000 non-executive employees have been ignored by the management and the government since a long time; however, when the Delhi Metro employees threatened to strike work from 30 June, the authorities started attacking them through legal and executive muscle flexing.

It’s true that a lot of middle-class and lower-middle-class people ride Delhi Metro every day, however, the Delhi Metro employees are not striking against them, rather raising demands that will help these employees to serve the interest of the commuters in a better way. As an entity that helps the foreign corporations exploit the Indian people riding the public transport system, the Delhi Metro has raised its fare in the recent past steeply, which caused severe discomfort to the common commuters. However, the non-executive employees, like train drivers, operators, customer service executives, station incharges, technical staff and support staff are made to work under the most inhuman condition for more than 10-12 hours a day and in most cases without proper compensation. Forget proper compensation plan, the train operators and technical staff are not even allowed time to eat their meal or use the washroom during working hours.

A reign of terror is unleashed on the Delhi Metro employees by the management and government at their workplace. Under the garb of security of Delhi Metro, the government has promoted a hysteria in the stations and have forced the employees to show obeisance to its whims. Most of the non-executive employees are forced every day to work for 10-12 hours, mostly without breaks. The lower a person is in the food chain of Delhi Metro, intense is the exploitation meted out. Understaffing is tackled by adopting automation and by hiring contractual labour, especially for ticketing. These contractual staffs, who are mostly paid less than the minimum fixed wages, are subject to the most terrible form of exploitation that too without any job security or social security. The permanent non-executive employees are allowed to participate in a toothless employee’s council but not unionise, as the latter threatens the fascist rule of the DMRC management headed by lapdogs of Japanese and Korean finance capital.

Delhi Metro employees can be arbitrarily terminated by the DMRC at the whim of the management and without any valid reason. While every now and then, the DMRC has increased the fare of metro and made the rides dear for the common people, the majority of whom earn less than ₹15,000 a month, the pay of the employees didn’t increase to meet the rising challenges of severe inflation. The DMRC, rather, is busy in cutting the genuine rights of the employees every day. Though it has funds to open lavish stations and increase private capital’s playing area in the Metro Railway project, the DMRC has no intention to increase the wages of its non-executive employees. The basic pay scales are still far lower and don’t match the standard of the government pay scale.

Since 19 June, the Delhi Metro employees have started their agitation against the DMRC authorities and the government. However, their DMRC management rejected their demands and didn’t want to allow the employees to unionise. By opposing the unionising of the employees with extreme virulence, the DMRC has fought vehemently to safeguard the interests of its foreign investors against its Indian workers. The employees have sought all possible peaceful avenues to have their demands accepted and to make Delhi Metro a better workplace. The DMRC management, with its audacity, refused to accept any demand of the Delhi Metro employees, which finally forced them to opt for a strike.

Right before the Delhi Metro employees were going to start their strike against the management unitedly, the Delhi High Court jumped in and as per tradition, gave its verdict in favour of the employer. The court barred the Delhi Metro employees from going to strike, however, it didn’t even try to look into the demands of the employees or asked the management to resolve them. The High Court didn’t consider it as an offence that the DMRC is following the brute anti-worker policies of the World Bank, IMF, ADB and thereby pushing the workers against the wall for the sake of higher investment from foreign corporations and banks in its future projects.

Any support to the Delhi Metro employee’s struggle is now vilified over the internet by the lackeys of the Indian ruling classes. It’s understood that more the economy is sinking into the mire of extreme crisis, more the employees and workers are subjected to extreme exploitation. This is the reason that the DMRC authority is trying to make as much money as possible for their corporate masters, by sucking the blood of the common people and its employees.

Delhi Metro employees must not get cowed by the bullying tactics of the Modi or Kejriwal regime. They must fight till the end to seize their rights and end the havoc of exploitation laden on their shoulders by the DMRC. Though they are legally barred from striking now, their struggle must reach higher levels and defeat the common enemies of the people of Delhi and their own.

The imminent victory of the workers and employees of DMRC will give a strong boost to the worker-employees movement and will create a great history in the working class movement of Delhi. All progressive and democratic forces must support these Delhi Metro employees in their fight against the DMRC and the Japanese-Korean lackey political entities, from Modi-led BJP government to the Kejriwal-led AAP government. The people of Delhi, the working class of Delhi and the toiled people of the country must express their solidarity towards the cause of the Delhi Metro employees so that the latter can win victory in their legitimate and justified struggle very soon.