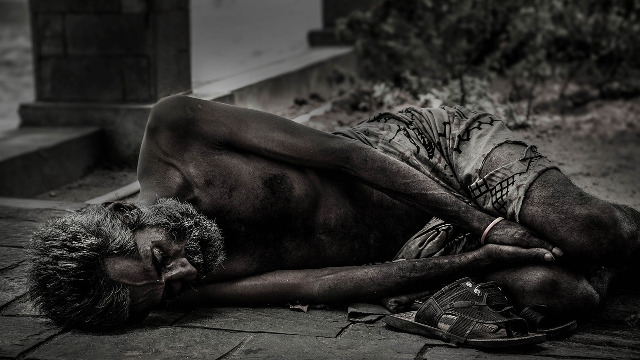 Seven members of the Shabar tribe died due to hunger and malnutrition in the tribal-dominated Lalgarh area of West Medinipur (Paschim Medinipur) district of West Bengal in the month of November. The victims are Mangal Shabar (28), Kishan Shabar (38), Lebu Shabar (46), Sudhir Shabar (63), Savitri Shabar (51), Paltu Shabar (33) and Laltu Shabar (38). They all belong to the Jangalkhas village of Lalgarh where abject poverty, malnutrition and various diseases are wedlock with the lives of Shabar people. The state government, led by Mamata Banerjee‘s Trinamool Congress (TMC), frantically denied that these seven deaths happened due to starvation and malnutrition, rather, the chief minister herself and her party leaders based in Jhargram and Lalgarh blamed the Shabar tribe’s way of life for the tragic deaths. They blamed the Shabars for living a lifestyle that’s killing them and didn’t talk about the poverty in the mire of which the Shabars are living since ages.

Ayesha Rani, the district magistrate (DM) of West Medinipur, didn’t agree that these seven deaths happened due to malnutrition. She told The Hindu newspaper that the Shabar people of the village have got ration cards and nearly 80 per cent of them are digitised. According to the DM, the people died of illness and age-related diseases and that can’t be linked with starvation. Ayesha Rani, following the footsteps of Mamata Banerjee, blamed the Shabars for drinking alcohol and not taking medicines provided by the government hospital regularly and neither the chief minister nor the DM answered why the Shabars of the area are suffering mostly due to Tuberculosis (TB) and inflammation of legs and stomach- ailments that also killed these seven Shabars? Instead, the DM claimed that the government is providing Khichuri (a Bengali dish of rice, lentils and vegetables boiled together) to the people of the village and rice is also provided through the ration shops.

TB is mostly caused by malnutrition and starvation, and neither this region nor the Shabar people are stranger to such starvation deaths. In 2004, during the peak period of the Left Front rule, five tribals died due to starvation in Amlasole village in Belpahari block of West Medinipur district. Shamay Shabar (55), his daughter-Mangoli Shabar (33), Nathu Shabar (51), Sanatan Mura (50) and Shambhu Shabar (25) died due to unavailability of food and even Kurkut (the paste of red ant that the tribals eat), which happened to be their staple. The then-ruling CPI(M) and the district administration denied vehemently, alike the TMC of the present, that the deaths were caused by starvation and malnutrition. The then DM, Chandan Sinha, categorically kept parroting the CPI(M)’s line that there were no starvation deaths even when the news of the starvation death came from the local Panchayat head.

Ironically, it was the TMC, then in opposition, which opposed the state government’s stand on the starvation death. After a span of 14 years, finding the table turned, the TMC is simply replicating the steps of the CPI(M), while the former ruling party is attacking the government over the starvation deaths. This shows that nothing exactly changed in the lives of the poor of the region, who, despite being eligible for getting rice at Rs 2 per kg, as popularly propagated by Mamata Banerjee, are still susceptible to starvation and malnutrition due to their abject poverty, lack of livelihood and the total indifference shown by the TMC government and its administration towards implementation of tribal welfare schemes, making adequate food grains available at subsidised rate, resolving the digitisation problem of ration cards, providing proper employment and self-employment opportunities to the Shabar people, and carrying out their overall development work.

Historically, the Shabars have been the most persecuted tribe in West Medinipur and Purulia, where they are subject to extreme state repression as their community is still enlisted as a colonial-era – ‘criminal tribe’ under the Habitual Offenders Act. They have been at the receiving end of the caste-ridden Brahmanical, semi-feudal socio-economic order, which engulfed the tribals by Hindufying them. For any crimes like theft, loot, etc., the police would randomly pick up Shabar men and charge them.

The late author and activist Mahasweta Devi was a self-styled advocate of the Shabar community and raised their demands time again. Her activism and her writings on the issues of the Shabar tribals won her laurels of fame. During the last phase of her life, Mahashweta Devi became a vocal supporter of Mamata Banerjee and by using her influence on the lives of the Shabar people of West Medinipur, Purulia and elsewhere, the TMC managed to wean away Shabar votes from the CPI(M).

Ironically, it’s in the reign of Mamata Banerjee and the TMC that the Shabar tribals are starving to death, if not beaten to death by the police. It’s this gloomy picture that raises a question over why someone like Mahasweta Devi, who sounded left in her work, supported an extreme right-wing fascist organisation?

The answer can be found in Mahasweta Devi being awarded the Magsaysay Award, an award given by the western imperialist bloc headed by the US to any individual who helps farther its interests and helps in thwarting communist influence on poor and oppressed people.

Mahasweta Devi’s TMC endorsement was, therefore, a part of a global scheme by the big monopoly and finance capital to have their lackeys command the loyalty of the exploited and oppressed sections of the masses through different hoodwinking techniques.

Despite advertising – Junglemahal Hasche (Junglemahal is smiling) spending millions of rupees from the public exchequer, Mamata Banerjee’s government did nothing better to improve the condition of people’s lives in the Lalgarh area. The tribals remain quagmire in the same socio-economic situation they lived during the Left Front rule. The tall talks of ‘rice at Rs 2.00 per kg’, cycle to tribal girls, building of hospitals, schools, colleges, etc. have only become marketing rhetoric for the Mamata Banerjee regime, while in reality not an iota of the so-called ‘development’ (Unnayan) touched the lives of the poor tribals.

It was this very Lalgarh that became a stronghold of the Maoists in West Bengal during the fag-end of the CPI(M) rule and a large-scale battle was waged by the Indian state against the tribal people of the region, as part of the most notorious ‘Operation Green Hunt’, under the close watch of the Left Front, which continued even during Mamata Banerjee’s tenure. The Maoists were more or less flushed out from the region on behest of big mining and steel corporations, which helped Mamata Banerjee’s TMC and the BJP to foray deeper into this area.

Now, after seven years of Ms Banerjee’s ascension to power, the tribal people, the Shabars of Lalgarh, are dying due to starvation, as advertisements by the government can never fill their hungry stomach.

TB is a rampant thing in the Junglemahal region and thus many more people are suffering and crawling slowly towards their death. Getting ration of food grains in the Lalgarh, Belpahari, Jhargram and other blocks of the tribal-dominated West Medinipur district has become a tough job for the poor tribals.

Even if rice is allocated at Rs 2.00 per kg for the Shabars, these people, who mostly collect woods from the forest, do not even make as much money to buy adequate food grains for their families. The rampant corruption prevalent from village panchayat to Zila Samiti level has made it impossible for the Shabars or other tribal people to get the benefits of government schemes.

They’re forced to pay bribes to the local TMC leadership whenever they want to avail any benefit of various government schemes. The MNREGA work isn’t available for them for many days and the unavailability of any alternative livelihood forces these tribals to sink in the mire of poverty, hunger and diseases. Mamata Banerjee or the DM of West Medinipur may claim that the Shabar tribals aren’t interested to get themselves treated at the government hospitals, the reality is that the government hospitals themselves show the door to the Shabars as in most cases, due to their caste-class privileges, the medical staff doesn’t like treating them or even respect them.

Treatment of TB needs a great care and a continuous follow-up by the doctor and even after knowing their socio-economic vulnerability, the healthcare professionals did nothing to prevent these deaths. A national mission is working with money from public exchequer to wipe out TB from India, yet the poor, vulnerable and oppressed tribals still die of the disease apart from jaundice, malaria and other ailments, mostly without treatment.

Mamata Banerjee and her government can’t wash off their hand and concentrate on celebrating film festival and other meaningless festivals and fairs using public money. Her government’s various photo-op campaigns to show the voters that cooked food of rice, posto(poppy seed paste) and kumro chenchki (pumpkin dish) are served to the tribals to make them ‘smile’, the organising of different tribal fairs to show how different tribes are prospering under the government by becoming self-reliant, etc. will no more fool the tribals.

The numerous fairs and festivals organised by Mamata Banerjee’s government, the incessant promotion of her cult, and the continuous exploitation of the tribals by the usurers, money lenders, forest guards, feudal landlords and TMC musclemen won’t go without repercussions. The tribal people aren’t in slumber, they showed their potential to cripple the mighty state during the Lalgarh uprising of 2009, and with more tribals dying due to starvation, while the TMC leaders and their sycophants prosper and become filthy rich, they are really now fuming against the tyranny of Mamata Banerjee’s government and its sycophants within the creamy section of the tribals.

The fire beneath the land is spreading, unbridled and the moment it comes out to seek vengeance of years of exploitation, oppression and humiliation, neither Mamata Banerjee’s government nor her sycophants, the spineless marketers of her regime who remain mum on the tragic deaths caused by hunger, can prevent a major catastrophe that will come for them.

The Shabar’s vengeance, the tribal vengeance, the poor’s vengeance will unleash itself soon on those very exploiters who live in cities, appease their appetites with delicacies ordered through online food apps as hunger and deprivation from resources drive the people towards the wall. Starvation deaths have shown the Shabars and other tribes that there is no way to live their lives without fighting back for a dignified and liberated life. Their march towards that goal will certainly smash the juggernaut of Brahmanical-feudal oppression and the vicious cycle of poverty it imposes on the tribal people.