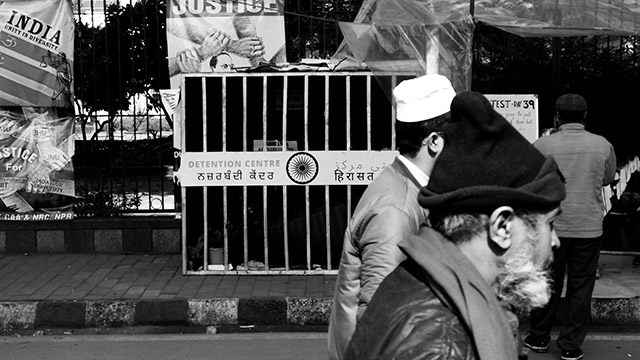 The Union home ministry on Tuesday, 4 February 2020, replied to the Parliament that there has been no official decision to roll-out a nationwide National Register of Citizens (NRC) exercise. This declaration has created confusion among many, as a lot of people considered the reply to the Parliament as a statement that says there will be no NRC. The Union home ministry’s NRC refusal doesn’t mean that the draconian exercise is stalled, or that the government didn’t moot the idea at all, it merely means that the plan is not going be rolled out right now.

“(a) whether the Government has any plan to introduce National Register of Citizens (NRC) all over the country;

(b) if so, the reasons therefor along with the time line fixed for implementation of NRC in the country;

(c) whether the Government is aware that NRC will put extra burden on Indian citizens;

(d) whether all the State Governments are being taken into confidence before introduction of NRC; and

“Till now, the Government has not taken any decision to prepare National Register of Indian Citizens (NRIC) at the National level.” (sic)

Following the Union home ministry’s NRC refusal, a press statement in this regard along with a notification that no papers will be collected during the National Population Register (NPR) exercise, which is actually the first step towards the NRC, was also issued.

Earlier, in December 2019, while addressing a rally of his ruling Bharatiya Janata Party (BJP), Prime Minister Narendra Modi said that his government never mooted the idea of carrying out an NRC on a nationwide scale following the Assam model. This declaration is a sheer lie peddled by Modi in public concealing the fact that Union Home Minister Amit Shah had earlier, on 20 November 2019, told the Rajya Sabha, on records, that an NRC will be done on a nationwide scale.

Modi and his coterie kept deceiving the people that the NRC was an “Assam-only” exercise supervised by the Supreme Court and his government has no such plan to carry out a pan-India exercise. Shah, who kept ranting about an NRC to throwaway Bengali Muslims — whom he called “termites” — to the Bay of Bengal by accusing them of being infiltrators gave a damage-control interview to Smita Prakash, editor of the BJP’s PR outlet ANI, in which he said that there will be no NRC. But can the truth be hidden with such theatrics so easily? The BJP missed doing the homework properly and it’s exposed repeatedly for the lacuna it left in the NRC discourse. The Union home ministry’s NRC refusal won’t cool-down the angry people on the streets seeking answers from the government.

While the Union home ministry’s NRC refusal in the Parliament has now taken a centre-stage of the ongoing debate over the NRC, the NPR and the Citizenship (Amendment) Act, 2019 (CAA 2019), an old statement of Himanta Biswa Sarma, the Assam Finance Minister, where he said that the BJP wants to re-conduct the NRC in the state with a nationwide NRC by discarding the one that’s done under the Supreme Court’s observation and finally published on 31 August 2019, exposes Modi and Shah’s lies.

To understand why the Union home ministry’s NRC refusal in the Parliament doesn’t mean that there will be no NRC programme, one needs to see the Citizenship (Amendment) Act, 2003 (CAA 2003), which categorically added the provisions for a National Register of Indian Citizens (NRIC). The CAA 2003 added Section 14A to the Citizenship Act.

14A. Issue of national identity cards.

“(1) The Central Government may compulsorily register every citizen of India and issue national identity card to him.

If the CAA 2003 has mandated the NRC, then be there a CAA 2019 or not, the government is bound to carry out the exercise. The CAA 2019-NRC linking would be a wrong approach and, also, linking the Assam NRC with the forthcoming nationwide NRC will be an egregious political error.

The Assam NRC was implemented as per the Assam Accord, 1985, signed between the Central Government led by Rajiv Gandhi-led Congress Party and the Assam Movement representatives, especially those from the All Assam Students’ Union. The Assam Accord made the Congress party change the Citizenship Act in 1987 with Section 6A.

According to Section 6A, the cut-off date for the Assam NRC is 24 March 1971, no such cut-off date is decided for the pan-India NRC in the CAA 2003, which makes it hard for anyone to prove their citizenship. According to the Constitution, a person can be considered an Indian citizen if born in India:

(b) on or after the 1st day of July, 1987, but before the commencement of the Citizenship (Amendment) Act, 2003 and either of whose parents is a citizen of India at the time of his birth;

(c) on or after the commencement of the Citizenship (Amendment}- Act, 2003, where- I

As birth certificates were issued in India from 1969 onwards, and until the 1990s its usage was limited due to lack of awareness and infrastructure, therefore, it’s hard for everyone, especially the poor and the marginalised, to show their proof of birth. Moreover, as most of the births in poor families still take place in the house, and not in hospitals, it will be definitely a big challenge to prove one’s identity through birth records. This will create major issues for the poor and the downtrodden people from all communities to prove their citizenship.

In view of the information cited above, it can be clearly seen that the shadow of the NRC still looms large on the poor people. The Union home ministry’s NRC refusal is actually a deception used to distract the people from the task of organising major movements against the draconian measure. The NRC is real, it’s coming and what one needs to trust is not the Modi regime’s shenanigans, but the people’s movements, which are exploding all over the country.