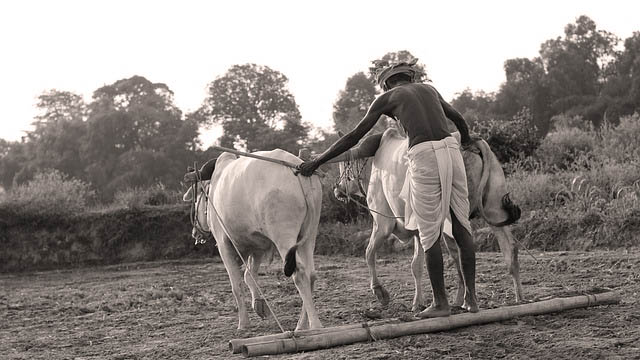 After a long wait, the 2020 Bihar Assembly election results will be out soon, which will show whether the state’s voters continue to repose their faith in incumbent Chief Minister Nitish Kumar of Janata Dal (United) [JD(U)] and his alliance partner-cum-political master Bharatiya Janata Party (BJP) of Prime Minister Narendra Modi or get swung by Rashtriya Janata Dal (RJD) leader Tejashwi Yadav’s promises of jobs, education and development. However, whoever may win the Bihar Assembly election, the condition of the common people is unlikely to change in one of India’s poorest state.

The National Democratic Alliance (NDA)––consisting of Kumar’s JD(U) and Modi’s BJP––has been ruling Bihar since 2005, except a period of four years between 2013 to 2017. Kumar’s political legacy and credibility shrank since he did a volte-face in mid-2017 to return to the NDA after quitting it in 2013 when the BJP nominated Modi as its prime ministerial candidate for the 2014 Lok Sabha election.

Though Kumar allied with his bête noire, RJD founder and former chief minister Lalu Prasad Yadav, to fight Modi’s juggernaut in the 2015 Bihar Assembly election, and formed a government as well, he didn’t take much time to do an acrobatic stunt and return to the NDA, dumping Yadav and the promise of secularism midway. Kumar’s capitulation to the BJP surprised many but this volte-face was inevitable due to his spineless, bankrupt politics.

Worst in human development and social development index vis-à-vis other Indian states, and living on a domestic remittance economy, Bihar’s feudal land ownership and concentration is a principal issue, whose resolution would resolve a host of other perennial socioeconomic issues like poverty, caste oppression, lack of education, healthcare, malnutrition, etc.

But, despite making tall claims on providing employment to a million youth, waiving fees for exams, providing better education and ensuring that a state legislative bill negates the Union farm laws, the Mahagathbandhan manifesto has not much on land reforms and isn’t placed on the website of any constituents of the alliance for obvious reasons.

According to a study by the Modi regime’s economic thinktank NITI Aayog, with 12.6m population, Bihar has the third-highest Dalit population in India– 9.1%. Bihar’s tribal population is 6.6m, which is 9.8%. Only 18.1% of Dalit land-owning households in Bihar have access to farming equipment like a plough.

A sample survey shows that only 0.1% landowners in Bihar have more than 20 acres of land, while 21% has less than 1 acre of land. Most big landowners are upper-caste Hindus, surviving mostly on rents. The equation neither changed during the 15-year-long reign of Lalu’s RJD nor during the same tenure for Kumar’s JDU. The feudal landlords, facing stiff resistance from the Dalit landless peasants fighting against feudalism since the outbreak of the Naxalbari movement in neighbouring West Bengal.

This is a reason, that even until the early 2000s, Bihar experienced a series of violent clashes between the Dalit landless labourers and the feudal landlords. The latter executed ghastly massacres like the Bathanitola massacre, Laxmanpur Bathe massacre, etc. The parties following the Naxalbari legacy in words and deeds, like the CPI (M-L) Liberation, the former CPI(M-L) Party Unity, former CPI (M-L) People’s War, former Maoist Communist Centre (MCC), etc, organised the Dalit and backward caste, landless peasants, against the upper-caste landlords and their private armies like the dreaded Ranvir Sena.

The peasants’ war continued for years in the feudal heartland of Bihar. Later, at the beginning of the 2000s, the CPI (M-L) Party Unity merged with the CPI (M-L) People’s War, and it merged with the MCC to form the banned Communist Party of India (Maoist) [CPI (Maoist)]. Kumar’s JD(U) and the BJP promoted the cause of the big feudal landlords unapologetically and they not only marginalised the landless Dalit peasantry but also unleashed macabre atrocities on the peasantry fighting against feudalism.

The banned CPI(Maoist) suffered immense setbacks due to police repression, while the CPI(M-L) Mahadeb Mukherjee group, after defeating feudal landlords in certain parts of Munger in 2013-14, suffered setbacks due to counter-attacks by the landlords backed by Kumar’s regime. The CPI(M-L) Liberation, which is now a part of the Mahagathbandhan, suffered violence when the Ranvir Sena and other private armies attacked their supporters fighting for land reforms.

Even during his brief “secular” stint between 2015 and 2017, when Kumar was hobnobbing with Lalu, the situation didn’t change either. Recently, a CPI(M-L) Liberation-led land redistribution programme faced fierce feudal resistance, while the tribal people fighting for their right over the water, forest and land, also suffered police atrocities. Despite such atrocities and suffering setbacks the Dalit and tribal people demand land, food, peace and freedom.

Can the 2020 Bihar Assembly election results provide relief to the landless peasantry and the toiling Dalit and tribal people? Can the 2020 Bihar Assembly election results end the reign of Brahminical feudal tyranny on the ostracised, oppressed and the marginalised majority of the landless and poor peasantry? If not, then can the parties like CPI(M-L) Liberation, who are now partners with the RJD and Congress, two major feudal parties, albeit not loved by most upper-caste feudal landlords, answer, which election result will bring real relief for the peasantry?

The 2020 Bihar Assembly election results will be a middle-class drawing room’s talking point and offer a day-long babbling opportunity to many éminences grises. It won’t bring any real relief to the lives of the poor and landless peasantry. It may keep the communal monsters under control in a few areas, the Brahminical feudal oppression and bigotry won’t end. For a real relief from this vicious cycle of poverty and exploitation, the Dalit and tribal peasantry of Bihar must rethink their politics and choose the path of agrarian struggle for the right to land, dignity and equality. Only then, things can change for the better. Not when Kumar returns.