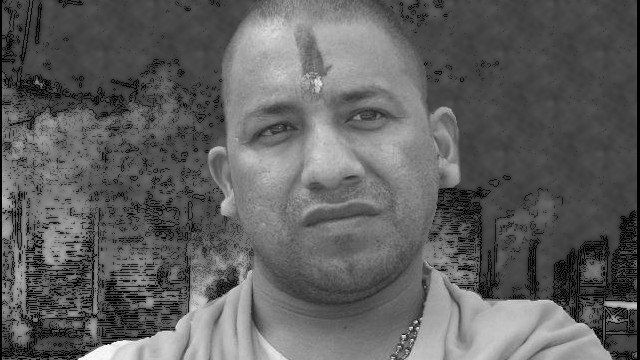 As the 2021 West Bengal Assembly elections draw closer, it seems that irony will have a hard time, especially when people like Uttar Pradesh Chief Minister Yogi Adityanath will ask the people of the state to vote the Bharatiya Janata Party (BJP) for the sake of women’s safety! Irony may have survived such an act of mendacity by laughing sardonically, but, behold, the story doesn’t end here. Yogi’s West Bengal visit and speech on women’s safety drew the ire of the ruling Trinamool Congress (TMC), which countered the rabble-rouser monk-turned-politician’s allegations by counter-attacking Uttar Pradesh’s records in law and order as well as crime against women.

A host of TMC leaders and influencers plunged into the fray to counter Yogi’s West Bengal visit and speech and cited the example of Hathras to exhort the people to reject the BJP. On the social media platform Twitter, the TMC started a campaign #BJPHataoBetiBachao, which calls for ousting the BJP to “save the girl”, while citing in abundance the growing cases of crimes against women, purportedly by the men associated with the BJP and its parental body Rashtriya Swayamsevak Sangh (RSS), in Yogi’s Uttar Pradesh.

Recently, a man accused of molesting a woman shot dead the victim’s father in Naujarpur village in Sasni of Hathras district. This is one of the many sensational cases linked with crime against women. A few days back, two girls belonging to the ostracised Dalit community were found dead in a field and one of their sisters was found unconscious, and they were tied together. A foul play is alleged by the victims’ family.

Hathras came to the limelight of the mainstream press in September 2020 when a gruesome gangrape and murder of a Dalit girl shook the conscience of the country. The accused, who belong to the upper-caste Thakur community, managed to organise a rally of BJP-RSS men in their favour, while the ruling party tried to portray the crime as a conspiracy by the Opposition. Until now, justice is not done to the victim’s family despite assurance by Yogi, who himself is a Thakur.

It’s alleged that the Thakurs—who are mostly feudal landlords—have been provided total immunity from the law and thus they operate with utmost impunity under Yogi’s rule. The involvement of Thakurs in crimes against Dalits and minority Muslims increased under the Yogi regime’s patronisation. It’s through an ‘encounter raaj’ (extrajudicial execution by the police), Yogi has earned fame as the ‘encounter CM’ as his trigger-happy police killed numerous petty criminals and people from the marginalised communities, especially Dalits, Muslims and backward class Hindus (OBCs), under the pretext of ‘encounter’ and no judicial procedure took place to provide justice to the victims.

In this ‘chronicle’ of the first ten months’ ‘encounter killings’, independent journalist Neha Dixit exposed the lacunae in police stories and how several innocent people from marginalised sections were picked up and killed. Driven by sheer hubris, the chief minister managed to gag the Opposition in the state using the BJP’s brute majority in the Legislative Assembly and also by deploying his feral Hindutva-incensed supporters wherever there was a stiff challenge to his rule.

Yogi’s West Bengal visit and speech on women’s safety sounds quite ridiculous because he heads the Hindu Yuva Vahini (HYV), an outfit notorious for abducting women from the minority community in eastern parts of Uttar Pradesh and for running vigilante squads to attack inter-religious couples. An HYV leader was seen in a video, in the presence of Yogi before he became the chief minister, calling up its members to dig out the corpse of Muslim women and rape them to avenge ‘love jihad’.

Moreover, Yogi’s call for ‘women safety’ is regressive as it, rather than empowering women to defend themselves and live their lives on their terms, turn them into vulnerable people who need the ‘protection’ by the man. The RSS-led Hindutva universe reduces women’s identity to that of a vagina and objectifies them. This is the reason behind the recent laws that ban Hindu women from converting their religion and marrying Muslim men.

Now, when his state itself reached the nadir regarding women’s safety and is in a beleaguered condition due to the crimes committed by the BJP-RSS men with sheer impunity, Yogi’s West Bengal visit and speech on women’s safety didn’t merely smell of utmost hypocrisy, but it also exhibited the BJP’s desperation. Can Yogi lambast West Bengal’s law and order or the condition of women in the state when Uttar Pradesh is officially-recognised as the hotspot of crimes against women?

As West Bengal didn’t provide data for the 2019 NCRB report on crimes against women, we use only 2018 data to show how, with nearly double the number of crimes, which is also the highest in India, Uttar Pradesh is lecturing West Bengal on ‘women’s safety’. This arrogance can anytime tease irony to death!

Uttar Pradesh has been leading the country in the number of crimes in general. When Yogi became the chief minister in 2017, a total of 310,084 were registered in the state, while in a year it shot up to 342,355 cases, which was the highest in India during that duration. At the same time, West Bengal had a registration of 163,999 cases in 2017, which dropped to 157,610 cases in 2018. Yet, due to north-Indian privileges, the Uttar Pradesh chief minister will enjoy the right to lecture West Bengal on crimes, especially regarding those against women.

However, when the TMC leaders jumped into the fray to bitterly oppose Yogi’s West Bengal visit and speech at Malda, they did exhibit their hypocrisy as well. They can accuse Uttar Pradesh under Yogi’s rule of being a hotspot of crimes and crime against women, however, at the same time, they must remember that Uttar Pradesh shared the required data with the NCRB for the year 2019, which West Bengal didn’t. What does West Bengal have to hide?

Moreover, since Chief Minister Mamata Bandopadhyay formed her government for the second term in 2016, with a comfortable majority, crimes in West Bengal have gone up. Under the aegis of Bandopadhyay’s nonchalant Home Ministry, the state’s police force operated according to the whimsical fancies of the TMC leadership, just like how the Uttar Pradesh Police follows the BJP’s diktats religiously. Is that an achievement for West Bengal?

Why do the TMC leadership think that West Bengal is far better than Uttar Pradesh? According to the same NCRB data, it’s evident that under the TMC, West Bengal is third in India in terms of the number of crimes against women. Plus, its rate of total crimes against women is 64, which is 55.4 for Uttar Pradesh. Also, by using the same sort of misogynist “save the girl” campaign, the TMC exposed its regressive viewpoint that also conforms with the Hindutva’s vision of entrusting the men to ‘save’ the women from perceived threats.

Isn’t it important for the TMC leadership to delve into the issue of these growing incidents of crime against women? Can’t they devise a strategy to combat it from the village level by cracking a whip on criminals? Why would the people flock to the BJP’s rally if they were not tantalised by the saffron camp’s propaganda right under the TMC’s nose?

One can’t simply cover up the fact that the BJP-RSS have done immense harm to the social fabric that existed in Bengal’s villages until the early 2010s. The unity among the poor and the landless farmers, those who belong to the oppressed and marginalised communities, was shattered by the mephitic aggression by the BJP-RSS. Hindutva fascist ideology helped to uncover the ugly communal character of West Bengal, which remained under the hood for a long. Now that the fissures are prominently visible, the BJP is trying to capitalise on the majority community’s sentiments by using a Hindutva fanatic as Yogi.

To combat the BJP effectively it’s imperative to combat its political hegemony even without an organisational presence in the state. To do this, it’s imperative to combat it politically by exposing the sheer lies and the hypocrisy of the Party and leaders like Yogi Adityanath. But to prove them hypocritic it is extremely important to set the house in order. If West Bengal can control crimes against women, it can also thwart such ranting on its law and order situation.

Yogi’s West Bengal visit and speech on women’s safety may titillate the fanatic BJP supporters and polarise the Hindu right, which has gained popularity among a large section of the marginalised people who have been at the receiving end of the TMC’s corruption and crimes. It’s neither the TMC, with all its holier than thou attitude, or the waning Congress-left alliance that can save the people of West Bengal from the BJP-RSS’s Hindutva fascist juggernaut that aims to ravage the state and destroy its fabric completely.

Rather, only by arousing the common people, the working class, the farmers and the marginalised people the genuine anti-fascist forces and progressive powers can uproot the menace of Hindutva fascism from the state. Yogi’s West Bengal visit and speech on women’s safety can only become futile then. Only then irony can see a ray of hope and manage to survive in West Bengal.