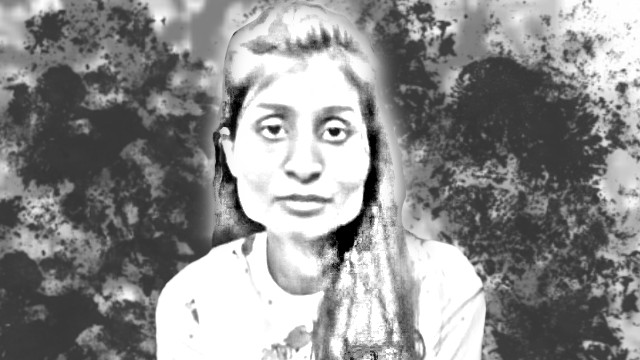 A Ranchi court magistrate recently ordered a 19-year-old woman, Richa Bharti, to distribute free copies of Holy Quran to a Muslim organisation and libraries as a condition for her bail in a case of spewing communal hatred. While the order was later revised under obstinate resistance from the ruling Bharatiya Janata Party (BJP) and Hindutva fascism-incensed lawyers’ lobby, the girl appeared unremorseful of the crime she committed. Bharti was accused by a Muslim organisation of sharing vitriolic content on social media regarding Muslims, and she was booked under Section 153A of the Indian Penal Code (promoting enmity between different groups on ground of religion) and Section 295A (deliberate and malicious acts, intended to outrage religious feelings) for hurting religious sentiments.

The importance of this case is not about the court’s earlier order of distributing the Holy Quran or its later order of reversing it, rather, this case is a striking example of how Hindutva fascist propaganda, carried out by the Rashtriya Swayamsevak Sangh (RSS) and its affiliates, through official and unofficial channels, constantly radicalises the Hindu youth and turn them into bigots. Jharkhand turned into a hotbed of communal violence and is competing with Uttar Pradesh, another BJP-ruled state, to become the state with the highest number of mob lynching of Muslims. The overwhelming Islamophobic propaganda, which is neither negated with counter-propaganda from the opposition — scared of losing its upper-caste Hindu votes — nor is taken cognisance of by an extremely prejudiced and biased administration, has indoctrinated millions of Hindu youth in the state and is also trying to penetrate deep into the tribal fold.

While the BJP’s notorious IT Cell members get paid for their social media activities, which mostly revolve around spreading Islamophobic hatred through social media platforms and to vilify the Muslims, Christians, and the opposition parties, the radicalised youth, of which Bharti is an integral part, do re-share and build up new stories upon the narrative fixed by the BJP and the RSS on the social media to influence their own fan followers. As a college student, Bharti’s activities on social media have a greater reach, and her radicalisation has ensured that each vitriolic content from her gets a ripple-effect. Without being an official flag bearer of the RSS-led Hindutva fascist camp, Bharti is serving its cause with much dedication, that can be matched only with that of the paid foot soldiers of the Sangh.

What turned Bharti into a bigot? Who radicalised her into a hate monger? Who indoctrinated her at such a young age when students are driven by their dreams, aspirations and future goals? Why Bharti took to the social media with Islamophobia? What made her a self-run press of the Hindutva fascist camp?

While such indoctrination starts at home, mostly over Islamophobic comments made by family members, the radicalisation happens when a  person is exposed to the larger propaganda machinery of the Sangh. As a teenager girl, Bharti became an unsusceptible victim of the RSS’s propaganda as she could relate to the Islamophobic vitriol spread by the RSS with the communal ranting she heard at home, or in family circles, or in her immediate neighbourhood.

She didn’t realise that the Hindu Rashtra (Hindu Kingdom) she is advocating, will render herself at the bottom of that kingdom, ostracised and stripped of human dignity because of her birth. Her caste will never allow her dignity in the Hindu Rashtra, as it will always reduce her to her immediate identity, and torment her for her being. The pan-Hinduism is a strategy taken by the RSS to conjoin the different compartmentalised caste groups to form a larger Hindu identity group and help the Brahmins and upper-caste Hindus claim stake over power by citing a communal majority when actually these upper-caste groups are in the minority. Bharti is a victim of this concept, which would actually act against her, ironically, once the Hindu Rashtra is finally established with Modi at the helm.

Bharti’s activities on social media may not have been monitored by her family, however, it’s clear that the family had no objections to her becoming an Islamophobic rabble-rouser. This unambiguous support can be triggered by the radicalisation of the family itself, which is a signal of a worsening situation. The radicalisation of families and an entire community is quite a challenging situation for the secular and democratic forces. Leave alone the upper-caste Hindus or even the Dalits and backward castes in the cities, even a large number of tribal people are radicalised and converted into vassals of the Hindutva fascist brigade in rural Jharkhand by the RSS and its affiliates. More than 150 organisations are working constantly throughout the state, which was once a strong base of left-wing movements, to build up a massive army of Hindutva-incensed fanatics from the backward caste Hindus, the Dalits and the tribal people.

For years, the Hindutva-fascist propaganda in Jharkhand, especially in the rural areas, focused on countering the Christian missionaries and their evangelist activities. Christian proselytisers often faced the steep resistance from the Hindutva fanatics who have literally driven out missionaries and churches from most part of rural Jharkhand. With a total routing of the majority of Christian evangelists from Jharkhand, the focus of the RSS and its progeny shifted to the Muslim community, a marginalised, isolated and poverty-clad minority community of the state. The major Muslim concentration in Jharkhand is around urban areas and semi-urban areas, and it makes them very easy victims of mob lynching and other forms of Hindutva terror.

The rise of the Pathalgadi movement in Jharkhand, demanding the implementation of the Fifth Schedule of the Constitution, which makes forestland and tribal villages the dominion of Gram Sabhas, and not the government, threw a challenge to the Hindutva fascist RSS and the Raghubar Das regime. The demand for self-rule, according to the Constitution, forced the government to the backfoot; however, the government couldn’t remain in the backfoot, it has compulsions. The Raghubar Das-led government has signed Memorandum of Understandings (MoU) worth billions of rupees with big mining corporations, foreign and domestic. Now it has to fulfil its promises of handing over everything that these companies want.

These mining corporations want to evict the tribal people from their forests and villages, following the Chhattisgarh and Odisha model, to seize the land rich with minerals. Yet, the tribals are not surrendering their birthright, rather fighting to claim what’s rightfully theirs, negating the government’s attempt to establish its own hegemony over the land and forests. This resistance needs a violent counter-attack from the state, and to ensure that the people’s sentiments and support do not swindle towards the tribal people’s struggle for their rights, the BJP and the RSS are on one hand vilifying the Pathalgadi movement and on the other hand, attacking Muslims, poor and hapless, to distract the people’s attention from the burning issues in the countryside.

Instead of firing a salvo at the Muslims and Islam throughout the day, Bharti could’ve focused on the plight of the tribal people and could’ve supported their just struggle against the very enemy that wants to throw them out of their homes. Bharti didn’t do anything like that because she has been radicalised and used as a puppet by the very Hindutva fascist enterprise that’s selling off the resources, land, forests, rivers and labour of Indian people to foreign corporations under the guise of “nationalism”. Bharti is indoctrinated and has been turned into a flagbearer of Hindutva fascism.

A secular country’s court can order community services to de-alienate people from a particular community and make them realise their mistakes. Yet, this can’t be a proper way to deal with the challenge thrown by radicalisation and indoctrination that the Hindutva fascist camp is carrying out, and of which Bharti is a victim. The only way the youth, the future generations, who are growing up under the dark shadow of Hindutva fascism and who are trained as radicalised bigots from their very childhood by their Brahminical parents, exclusivist society, and Islamophobic media, can be freed from this menace, can be reconstructed into humane, compassionate and open-minded beings, is through a comprehensive and far-reaching de-radicalisation campaign by the progressive, democratic and left forces.

If education, especially history lessons, are used by the RSS and its affiliates as a weapon to indoctrinate gullible young Hindu minds, then counter-propaganda, centring on the objective study of history, the objective study of subaltern history, the understanding of science, logic and rationality, becomes very important in the present situation. Only a strong counter-propaganda to negate the RSS’s lies, and pro-actively building a strong narrative around rationality, logic, objective study of history and social science can help the progressive forces to inculcate the spirit of free-thinking, secularism, democratic values, etc, in the children and the youth.

However, to take such a movement forward, to take on the RSS and the BJP, along with their numerous affiliates, by their horns, is indeed a tough challenge, which the progressive forces will have to take on their shoulders without looking for help from others. The faster such activities are undertaken at a larger scale, starting from village level, the better the Hindutva fascist camp can be countered and the radicalisation drive can be reversed. Neither Jharkhand nor India can afford to lose many Richa Bharti’s to the abyss of Hindutva fascism, it’s an urgent task to save them to save the future from a catastrophe.