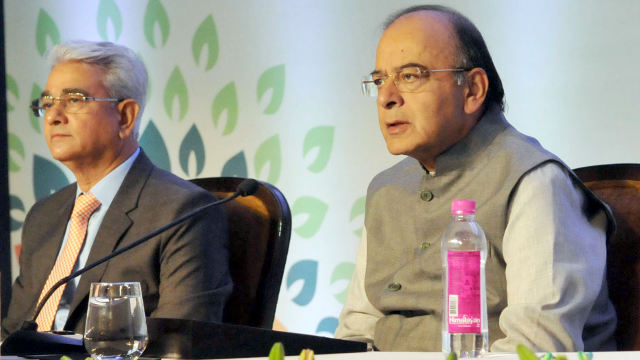 The Companies Act 2013 regulated the donations made by corporate houses to political parties. The companies were allowed to donate only up to 7.5 per cent of their last three years’ net profit to the political parties registered with the Election Commission and then those companies were supposed to show the record of the donations made, along with the name of the beneficiary parties, in their account books.

Now, with the recent amendments made by the Modi government through the Finance Bill 2017, any company can donate an unlimited amount of money to any political party through cashless transactions and they even do not have to show the record of such donations made by them in their account books. This amendment even gives the corporate bodies the right to conceal the name of the beneficiary party from the tax authorities, shareholders, or other stakeholders in the company.

As the provision to link the donation with the profit made by the company is now removed, any company can show itself as a loss-making firm and keep generating black money by donating them to political parties. This will enable the corporate houses to deny their workers and employees their just right to better wages and perks and will eventually give rise to a high amount of corruption, which will now be considered as a legal affair.

A mining corporation can now pay a huge amount of donation to a ruling party without making the information public and the ruling party can provide the company with mining lease at a low price. The Comptroller and Auditor General will not be able to question the move and even the ethics committee of the parliament will not be in a position to review such deeds or call them corrupt practices.

The companies that will donate to a political party by buying electoral bonds at any designated bank, will not have to show the amount in their account books, which will ensure most corporate houses cycling their profit through political parties close to them and thereby escaping taxation. The Modi government has also provided the political parties with a face-saving weapon; the parties will not know, as per the government’s explanation, which corporate house has donated them money when the donation is routed through the electoral bonds sold by banks.

This assumption of the Modi government is so naïve and disconnected with reality that even a toddler will lampoon it. Knowing it well that the hobnobbing between the corporate tycoons and political leaders, especially from the BJP and the Congress, has knitted them so well and connected them so strongly that these types of donation to parties will not remain anonymous at all; the BJP is trying to portray the evil nexus between itself and its corporate masters in the brightest shade and trying to build up an immunity cover for itself.

Narendra Modi promised the country during his election campaign of 2014 that he will purge crony capitalism, wipe out corruption, and kill black money. However, it was the BJP and Narendra Modi, whom the likes of Ambani, Adani, Tata, etc. supported with huge donations and services in kinds, so that the Modi government can return the favours with equal zeal by allowing these big compradors and crony capitalist enterprises to thrive by plundering India and its people in connivance with their foreign capital investors. The Finance Bill 2017 is now legalising such sponsoring of political parties by the big capital of Indian and foreign origin.

The demonetisation exercise, which was actually an experiment done by the Modi government on behalf of American agency USAID, was called an antidote to corruption. Through a raucous chest thumping, Narendra Modi and his coterie claimed that the demonetisation exercise has annihilated the menace of black money from Indian economy and actually brought the rich to their knees.

These unsubstantiated claims were never backed up with data, but the country saw how the Modi government allowed the political parties to deposit their cash without disclosing the names of the donors during the demonetisation drive. This was done at a time when Modi was launching attacks against the opposition claiming that demonetisation broke the backbone of these parties in opposition. During his budget speech, Arun Jaitley said that the government is determined to make political donations cashless, which brought the limit of anonymous cash donations to ₹2000 and left the loophole open by not providing any higher capping on the donations.

Such gimmicks and rhetoric-filled campaigns helped the corporate world to tighten its grip on the Indian parliamentary polity and made BJP their natural ally. The shameless corporate appeasement policies of the Modi government dwarfed the corporate servility of Manmohan Singh-led UPA government and Atal Bihari Vajpayee-led NDA government. By allowing greater legal involvement of the corporate houses in Indian politics through the amendments to the corporate laws in the Finance Bill 2017, Narendra Modi and Arun Jaitley ensured that whatever was called corrupt in the yesteryears, will now be treated as legal and sacred.

Crony comprador capitalism and foreign monopoly capital owned corporate dictatorship has infested India severely. The wounds of loot and plunder on the body of the country are dug by these parasitic capitalist classes that enjoy the unconditional support of sheer corporate lackeys like the RSS and the BJP. It was the lobbying of these compradors and their foreign masters with the BJP, which saw the amendments to the Companies Act 2013 materialise through the Finance Bill 2017.

Under the garb of their crooked version of “nationalism” and “patriotism” the Modi government and its ideological mentor, the RSS, are selling-off each and every inch of the country, its resources, forests, rivers, land, minerals and the labour of the common people at a throwaway price to the big foreign capital owned corporations and their Indian comprador lackeys.

The Finance Bill 2017 became another bill of the Modi government that will bear the testimony of this government’s sheer lack of empathy for the people of the country and its determination to “hard sell India” through all possible ways to the big foreign capital or their Indian compradors like Reliance, Tata, or Adani group. The loot and plunder of the country will continue unabated under the present regime, wearing the cloak of “nationalism” and “patriotism” of saffron shade.