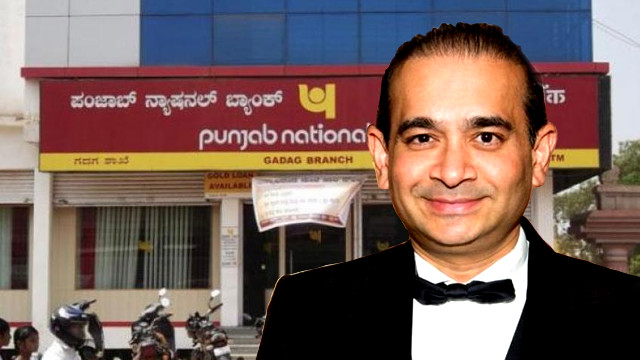 It’s not yet a week that the ₹11,400 crore worth PNB scam involving Nirav Modi and Mehul Choksi, two close aides of the Narendra Modi-led BJP government, became public, Assocham, an organisation that represents the interests of corporate India, started unashamedly raising the demand for privatisation of the public sector banks (PSB) to prevent the bank frauds and reduce their rising Non-Performing Assets (NPA), especially bad debts.

“The PNB’s fraudulent transactions worth Rs 11,300 crore should act as a strong trigger for the government for reducing its stake to less than 50 per cent in the banks which should then be allowed to work on the lines of private sector lenders with a full sense of accountability to their shareholders protecting interest of depositors,” the Assocham said in a statement.

“The public sector banks (PSBs), ironically, are slipping from one crisis to the other and there is a limit the government can keep bailing them out at the cost of taxpayers’ money, even if it is the principal shareholder in these lenders,” the Assocham added.

While advising the government that the PSBs are sinking from one crisis to another due to bureaucratic mishandling and hence they should be privatised, the Assocham carefully omitted the reason of this “sinking” and didn’t pinpoint at the forces responsible for the “crisis” in which these banks are mired in at present. The Assocham is hiding it as it’s the organisation of those very crony-comprador capitalists who have been plundering India’s resources, exploiting its labour and looting the money of the people through malicious practices since ages.

The PSBs of India, including the Punjab National Bank, waived-off ₹211,000 crore worth bad debts between 2004-15, while half of this amount, i.e. ₹114,182 crore to be precise, was waived-off between 2012-15 under mysterious circumstances and we are yet to know who were the major beneficiaries of this massive debt waiver scheme. Neither the RBI nor the banks released the list of those defaulters who escaped the iron claws of the banks and the government to this date.

Of course, we know the beneficiaries aren’t our farmers who are still killing themselves, often with their family members, to avoid the oppressive loan collectors. The beneficiaries aren’t the middle-class salaried people who face hardship every month to repay the EMIs to their banks and credit card companies. It’s not the small and the medium traders, who, despite suffering from the oppressive tax regime laden on them, are forced to repay business loans taken at exorbitant interest rates. So who really benefited from this massive debt waiver?

Assocham would know better who benefited the most from this massive debt waiver provided by the PSBs of India. They know it because those people are the very crony-comprador capitalists who flock the business networking forums like Assocham to connect with others and form strategic partnerships to plunder the country’s resources and its labour. As Assocham is associated with the culprits who have caused NPAs of PSBs to rise, it’s advocating a media gag so that no one blames crony capitalism for India’s massive banking crisis. This demand for bank privatisation by the Assocham metamorphically looks like a demand by the cat to guard the fish.

FICCI is another “industry and trade” body like the Assocham and it’s used as a pressure group and liaison platform with the government by the crony-comprador capitalists. The organisation recently took Nirav Modi, who was listed in Forbes as one of the topmost billionaires of India, along with a delegation of several crony-comprador capitalists who travelled to the World Economic Forum, Davos, along with Narendra Modi in January. Nirav Modi was found photographed with Narendra Modi in Davos at a time when the PNB authorities were facing immense difficulties to trace the man and get their money back. When scammers appear in the same frame with the prime minister then it becomes hard for any bank to recover the money stolen by them.

Nirav Modi continues to be one of those influential crony-comprador capitalists before whom the prime minister and the RSS-led Hindutva camp prostrates and extends extreme obeisance because of their wealth and their undying love for the ideology of Hindutva fascism. A small portion of their ill-gotten wealth makes way to the coffers of the Hindutva camp as well, which helps these unscrupulous elements loot people’s money with impunity. Born in Belgium, Nirav Modi never became an Indian citizen by giving up his Belgian citizenship. Married to an American woman, Ami, Nirav Modi has also an American citizenship. Still this entrepreneur is a “nationalist” one and thus the government will vouch for him and with his showrooms flourishing in New York, London to Hong Kong, Macau, etc. Nirav Modi’s business won’t die with few raids conducted by the agencies in India.

The Assocham may not have stopped itself from heaping praises on Nirav Modi in one of the gem and jewellery industry events if the PNB scam wasn’t unearthed. After all, for the Assocham, Nirav Modi would be nonetheless the “visionary diamantaire” and a “pragmatic leader” of India Inc.; one of the successful capitalists of Gujarat who epitomises what money power, influence and corrupt practices can do to big corporations – enrich them.

Private sector banks were formed by the government in the 1960s by nationalising the private banks which used to willfully default and ran away with people’s money, to ensure a strong banking system is built in the country and a massive capital reserve is formed to provide financial assistance to the big crony-comprador capitalists for their future ventures.

Still, despite its inherent fault of being pro-capitalist, the PSBs have been providing basic banking support to the poor and the lower-middle class and assuring them of the security of their money. Only the public sector banks have a wide, if not ‘omni’, presence in the rural areas and they are one of the few agriculture lenders. While the door of the private sector banks are open for those who can keep at least ₹10,000 as minimum deposit and transact a lot to ensure their accounts remain profitable for the bankers.

Most private banks are accused of cheating their customers by levying them with exorbitant interest charges, penalties, etc. Yet, the PR campaigns and an incessant blitzkrieg of propaganda by them always ensure that the middle-class hold a positive view about the private banks vis-a-vis the public sector banks. Now that the public sector banks have seen a drastic reduction in government stakes, they are walking the way of the private banks and are charging exorbitant interests on loans, credit cards and also forcing people to pay penalties to the banks in-case they can’t maintain the average quarterly or monthly balance they are asked for.

It’s not that the Indian ruling classes and the government of Narendra Modi that represents the core interests of the big comprador capitalists and global finance capital are not targeting the total privatisation of the PSBs through disinvestment drives. However, before doing that, the government is trying to form a giant public sector bank by merging all small, medium and big banks together so that the new entity has a great share of the banking market by itself and when sold to the foreign finance capital and their Indian proxies, it fetches a huge amount of money for the bureaucrats, crony capitalists and their lackey politicians.

Assocham’s vigorous pressure on the government to hasten the process of merging public sector banks and then selling them to the global finance capital is a sign that there are far many scams hidden under the carpet that are waiting to see the light of the day. The crony-comprador capitalists, who always fear a public backlash even after fracturing the communal fraternity and harmony in the country by funding the Hindutva fascist forces, will not let the people of the country realise the quantum of the scams done by them, before the PSBs, built with and augmented with the hard-earned money of the people deposited in them, are given to those very rapscallions who are eager to loot them.

It’s not the privatisation of the banks that can stop the swindlers like Nirav Modi, Nishal Modi, Mehul Choksi, Lalit Modi or Vijay Mallya, the gems of India Inc and inspirational figures for an organisation like the Assocham, from looting money and fleeing India when the heat turns up. It’s rather the total destruction of the crony-comprador capitalist system, the smashing of the exploitative and oppressive system ruled by global monopoly and finance capital and the establishment of a democratic socialist system that can end this uninterrupted plunder and loot of people’s money by the unscrupulous capitalists and foreign corporations in connivance with corrupt and feudal politicians. The moment the country starts marching towards that very goal, the organisations like Assocham and the league of all crony-comprador capitalists that they represent, will be wiped away from the country by the giant waves of people’s struggle.