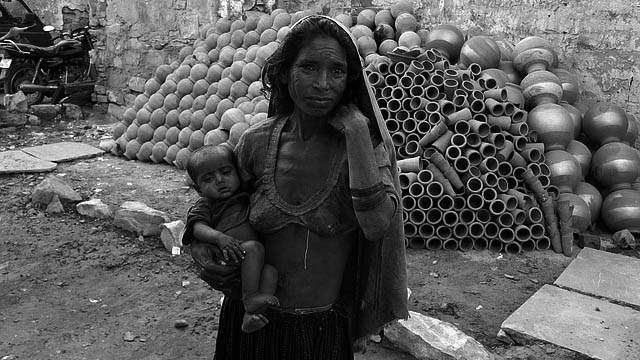 The Credit Suisse Global wealth report 2019 exhibits that unequal distribution of wealth prevented the benefits of this wealth increase reaching those at the bottom of the pyramid, rather, only a minuscule part of the population got enriched. The report said: “…the bottom half of adults account for less than 1% of total global wealth in mid-2019, while the richest decile (top 10% of adults) possesses 82% of global wealth and the top percentile alone owns nearly half (45%) of all household assets.” (sic)

Under Narendra Modi’s rule, promoting cronyism and making the trickle-down economic system the mainstream became hallmarks of the Indian economy. Due to this concentration of wealth and accumulation of resources in the hands of 1% of the population or nearly 13 to 15 million people, poverty, hunger, crimes and all socio-economic evils are on the rise, while the government is busy distracting people by creating fake narratives on sham nationalism, jingoism and bigotry. Such narratives help the Modi regime to divide the poor into antagonistic communal camps, the age-old tactics of Hindutva fascism.

An Oxfam survey showed that the rich 1% cornered 73% of India’s wealth in 2017 and 99% were fighting for the share of 27% wealth. No wonder, India’s Gini index score is 83.2% according to the above data vis-a-vis 35.1% in 2011, according to the World Bank’s data. This proves that under Modi, the situation worsened and wealth inequality increased manifold in the last eight years, in which he ruled for five and a half years.

Today, as the unemployment rate reached a 45-year-high 8.1% and millions are losing their jobs due to a demand-side microeconomic crisis, which has been allowed to worsen, the wealth inequality will continue to grow incessantly, widening the gap between the poor and the rich.

How the anti-fascists fight against this economic inequality and the conspiracy of dividing the people into communal lines, how they overcome the challenges and unite the exploited classes to win victory against Hindutva fascism of Modi, the hegemony of his corporate masters, economic inequality, exploitation and marginalisation, will decide the course of the country’s future.

Inequality is a threat, cancer for the society and progressive-democratic forces must defeat it under any circumstances by traversing the path of intense struggles. Only then the basis of real economic and social equality can be established in India.