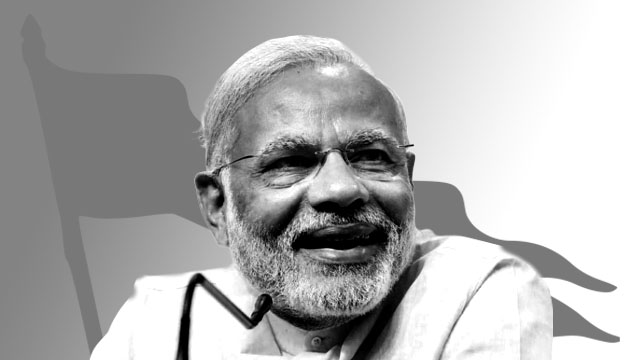 When the results of the Haryana and Maharashtra assembly elections will be out, it won’t surprise anyone. The ruling Bharatiya Janata Party (BJP) in these states will not only sweep the polls but also excel vis-a-vis its 2014 tally. The BJP’s thumping victory and the disarrayed opposition’s absolute ignominy will prove that no matter what happens, no matter what the opposition says, the elections are now ritualistic and ineffective to stop the Hindutva fascism’s juggernaut.

Soon after the 2019 Lok Sabha election, when Congress leader Rahul Gandhi resigned from his position, he mentioned in his resignation letter that elections will become “a mere ritual” in the days to come. While the Congress party is infamous for Gandhi-sycophancy, the leadership of the party didn’t take any cue from Gandhi’s message. They, including Gandhi himself, ironically, showed no reservation about participating in the Haryana and Maharashtra assembly elections even after gauging their pre-planned outcome. Even after accusing the BJP of tampering with the electronic voting machines and telling the world loudly how all constitutional bodies have succumbed to the Hindutva fascists, they shamelessly became a part of the very process that provides legitimacy to the Hindutva fascism’s rise and sclerotic rule.

Well, the answers to these questions lie in the past of the Congress party and the so-called mainstream opposition, whose major constituents had either ruled at the state or the union level. As their obnoxious rule left a trail of corruptions, scams and public debauchery, which is quite easy for the Modi regime to expose, using its tight grip over the Indian state machinery and its investigation wings, they are scared to offend the BJP by not showing obeisance to the system.

The Congress party wants to exist; it wants to survive, if not remain relevant. That’s its goal. Ideologically, except the cow, there is no difference between it and the BJP. Therefore, for the sake of driving the rickety hackney-coach, carrying the chimaera of Indian democracy, the Congress party, despite its unity with the BJP over the Kashmir issue or over the implementation of the National Register of Citizens, will keep on participating in the game of elections, which is highly rigged by the BJP. The Congress party and the opportunist parliamentary parties are legitimising the BJP’s tyrannical rule and Modi’s hubris through their own ignominy.

Today, as the Congress party’s fortune in Haryana and Maharashtra reached the nadir, as per the exit polls, as the BJP looks confident over vote share or number of seats, it becomes ridiculous to see the Congress party, which never fought against the BJP’s Hindutva fascist ideology or its aggression on India’s Constitution and its core values, with any seriousness, asking voters to elect it to bring forth better days that remained aloof under the rule of Modi and the BJP. This servility of the Congress party towards the system, this obeisance, instead of questioning and exposing the state’s intrinsic Hindutva fascist character and its complicity in the BJP-sponsored crimes and scams, assert that no considerable political change can be brought by the Congress party or the parliamentary opposition. The Haryana and Maharashtra assembly elections showed that these parties can’t create an alternative narrative, rather play within the fences set by the BJP.

By not boycotting the mockery of elections, by trying to cajole the people in believing the mirage of a non-existent democracy, the parliamentary opposition led by the Congress party is actually bolstering the courage of the BJP and the entire Hindutva fascist camp. The thumping victory that the BJP awaits in not only Haryana and Maharashtra assembly elections but also in the forthcoming Jharkhand assembly election, will become a snubbing for the Congress party and the parliamentary opposition. It’s time India needs a vibrant and farsighted anti-fascist opposition that will be able to link the isolated struggles to form a large anti-fascist movement outside the periphery that Modi and the BJP have fixed. Only such a strong, united and goal-oriented opposition can rally the people towards a common goal to win the much-awaited political victory against fascism.