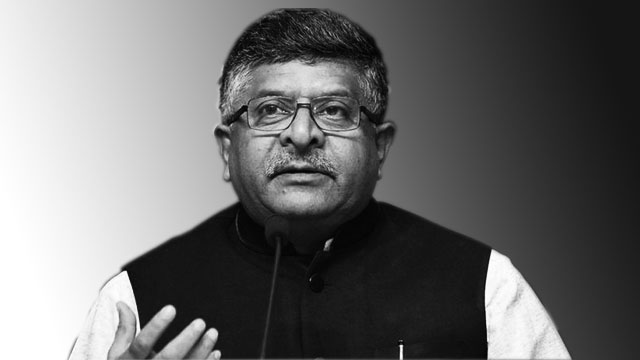 The spectre of a severe economic crisis may be haunting those who know how to read the graffiti, however, Prime Minister Narendra Modi’s cabinet seems to be in a picnic mood. Their understanding of economic affairs is now a topic of internet trolling. The problem isn’t of being a nitwit in social sciences, which the people in the Rashtriya Swayamsevak Sangh (RSS)-led Sangh Parivar, including the ruling Bharatiya Janata Party (BJP), loathe, the problem is in their inability to develop techniques to hoodwink the common people on crucial affairs. What else can one call Ravi Shankar Prasad’s crude remark that the economy is doing well as on 2nd October, which was a national holiday in lieu of MK Gandhi’s birthday, three films collectively earned Rs 1.2 billion in the box office?

Prasad was in Mumbai to do canvassing for the BJP ahead of the assembly election in Maharashtra. As a dedicated RSS volunteer, Prasad didn’t forget the new economics lesson that Mohan Bhagwat, the head of the parochial, reactionary, Hindutva fascist organisation, gave a few days back. On the occasion of his annual Vijayadashami speech, Bhagwat claimed that there is no economic slowdown unless the GDP growth is not in the sub-zero zone.

At a time when reputed economists, from Nobel laureate Amartya Sen to former Reserve Bank of India (RBI) governor Raghuram Rajan are warning India of an economic catastrophe, when the chieftain of global finance capital — the International Monetary Fund (IMF) — is warning India of tougher days ahead, when all sectors of the economy are gradually collapsing, especially due to shortage of demand and a general feeling of negativity is preventing new investments, then peddling the theory of subzero growth is actually a cruel joke. People like Prasad, who look up to the ilk of Bhagwat for guidance and direction, won’t even question such illogical proposition but add their own imbecile theory to it.

It’s a surprise that the only academically-qualified economist in the cabinet, Finance Minister Nirmala Sitharaman, remains quiet on the performance of the economy most of the time, except her weekly or fortnightly budget revisions, but her colleagues, who have nothing to do with economics, would come up with peculiar logic to build up a ridiculous narrative. Prasad, a lawyer by qualification, was quoted by the Press Trust of India, saying “I was also told that on October 2, which is observed as one of the national holidays, three Hindi movies garnered Rs. 120 crore business on that day. Unless the economy is sound in the country how can only three movies collected so much business in a single day?”

Probably Mr Prasad cares a little about mathematics and statistics, like his chartered accountant cabinet colleague Piyush Goyal, when it comes to the economy. If Rs 1.2 billion was the total collection of three films on a single day, then we can assume each of them earned around Rs 400m from the box office. Now if we consider the average ticket price of a cinema hall to be Rs 100, which is the lowest one can think of, then four million people would have watched these films on 2nd October. In a country of 1.3 billion people, where 73% of wealth is accumulated by 1% of the population, which is 13.3m people, it’s not a big deal to see four million walking up to a cinema hall on a day they can’t hit a bar or a pub.

When he had to speak over the issue of unemployment, which reached a four-decade-high rate by the end of the last financial year, he said “Electronic manufacturing, Information and Technology sector, Mudra loan, commerce services are performing very well. We never said that we will give government jobs to everyone… There are some people who have organised against the government and misleading people over unemployment” (sic). He didn’t let the world know how much people are employed recently by these sectors and what’s the average bucket-size of the MUDRA loan given to unemployed youth. He can’t do so because right now the unemployment rate is four-decade-high and the economy’s performance remains the worst in the last 27 quarters.

At the same time, he must be reminded that Modi promised 100m jobs in the first five years of his tenure at a rate of 20m jobs a year. When one talks about providing employment opportunity they should clarify that it’s not about frying pakodas or taking an average loan of Rs 8,000, which will fetch nothing in return. It means providing people with an opportunity to earn an income that will keep them above the poverty level and help them avail food, water, education, healthcare, etc, without spending a fortune.

The automobile sector is in a coma, which is causing massive job cuts. Employment generation is far less across all sectors and the banking sector, which saved India from collapse during the 2008 subprime crisis in the US, is failing this time due to a large amount of unrecovered corporate bad debts, mostly taken under the Modi regime’s patronage. The RBI is unable to help the banks control their non-performing assets (NPA), and the public sector banks are merged by Sitharaman to be sold to the big corporate houses who have so far plundered them.

The Punjab and Maharashtra Cooperative Bank (PMC Bank) scam in Maharashtra has been one of the major ones in decades. The PMC bank scam and the BJP’s complicity in it show the vulnerability of the entire banking sector. Who is controlling the banking sector at the end of the day? The RBI, entrusted with this job, has lost its independence and autonomy and is now merely a vassal of the Modi regime with a puppet governor shelling out its crucial reserves to quench the thirst of the government.

Today, none of the banks are willing to invest in the market fearing an increase to their NPA bucket. There is no trust left in the market and except the share trading boost happening due to corporate tax cut, there is no real productive economic activity that’s growing at the grassroots. Even the burgeoning service sector is suffering due to the fall in industry and agriculture, which has left little dispensable money in the hands of the majority of the people. It’s only 1% of the population who are enriching themselves under Modi’s rule. Mukesh Ambani retained the top position and Gautam Adani jumped to the second position in Forbes’s list of rich people. It’s not true that the government’s economic policies aren’t helping growth, but whose growth that one needs to see with their eyes wide open.

When talking about economic parameters to gauge a crisis, one must not try to evade responsibility. It’s not funny that Prasad and the entire Modi regime, including the RSS, are using demagogy to cover-up the gloomy economic condition. This is a vexing and eerie alarm that this ruling clique will further jeopardise the situation, driving the poor towards far more despair and push the country to that phase of crisis from where it can never recover.