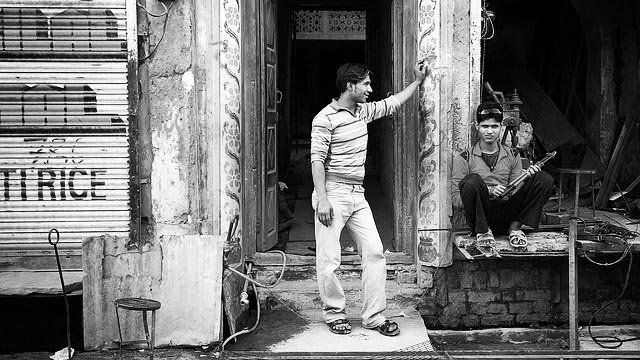 These days the Delhi Police has literally hijacked the limelight by bringing forth a 1.1m-page-long chargesheet against former Jawaharlal Nehru University student Umar Khalid. But whatever may be the discourse over this witch-hunt by the state machinery, Prime Minister Narendra Modi’s regime is finding it difficult to publish even a single page report on the status of migrant workers, especially on how many of them died on the streets. There is no page available to present a white paper on the condition of unemployment in India.

Recently, during the monsoon session, the Modi regime informed the Parliament that there is no data on migrant workers’ death and unemployment due to the ill-planned lockdown. But Right to Information data has shown that the Modi regime had been collecting data on these vulnerable people during the lockdown. Why is Union Labour Minister Santosh Gangwar misleading the Parliament then? There are two broad reasons– firstly, the government isn’t going to publicise data that will prove its failures, secondly, it’s nonchalant regarding the plight of the unemployed, the poor people.

This nonchalant attitude towards the economy comes at a time when latest data shows 23m people lost their salaried jobs due to the COVID-19 lockdown imposed arbitrarily by the Modi regime, which eventually failed to curb the pandemic and India now has the world’s second-highest infection toll. Though salaried jobs are just a fraction of the total employment in a country where 90% of the workforce is employed in the unorganised sector, the number is shocking.

Forget about taking steps to create employment opportunities, the Modi regime’s frantic attempt to privatise all public resources will layoff another one million in the days to come. The private sector also continues to lay off people and pay cuts are rampant.

The present unemployment rate is hovering over 7.6% according to the Centre for Monitoring Indian Economy’s data. This at a time when the wholesale price index (WPI)  has risen to 0.16% in August 2020, with food inflation steeply rising. Vegetable inflation is 7.03% and there is no sign of cooling down. Potato, the most commonly consumed vegetable, experienced a price rise of 82.93%! The consumer price index (CPI) was 6.69% in August 2020, while in July it was 6.73% as per revised estimates.

In such a precarious situation, rather than addressing the economic crisis on a war footing and rather than investing in public expenditures to create employment opportunities, the Modi regime is dismantling the last, leftover public sector enterprises and handing over them to those who sponsor the ruling Bharatiya Janata Party (BJP). The Modi regime will table three anti-worker labour codes in the Parliament during the current session to fulfil the BJP’s promises to the big corporate houses. These codes will help corporates to do away with the concept of “secure” jobs.

It’s quite evident that under the guise of fighting COVID-19 pandemic, the Modi regime has launched a series of war against the Indian common people. The sell-out of all public sector units, the layoff of public sector employees, the indifference towards those who have lost their jobs, etc, prove that the Modi regime is least bothered about the economy’s revival even when Moody’s estimations peg the 2020-21 GDP growth to -11.8% due to a massive slowdown.

While the farm sector has a scope to provide employment to a large number of unemployed, and it has retained a positive growth ratio, the Modi regime’s desperation to allow corporate hegemony in agriculture, with the introduction of three anti-farmer bills in the monsoon session of the Parliament, rings an eerie alarm for the sector. A total corporate hegemony and control over production, logistics and market will not only kill the Indian farmers but also threaten Indian food security.

The Modi regime has border tension with China, a purported terrorist threat, Bollywood’s mud-slinging and a plethora of other trivial issues and subterfuges to divert the people’s attention from the crisis-ridden economy. However, the question is how long can the people ignore their own miserable condition and allow the BJP to score brownies by using jingoism in its favour? The answer to this question is in the vault of time, and its unveiling is something worth observing at this point in time.