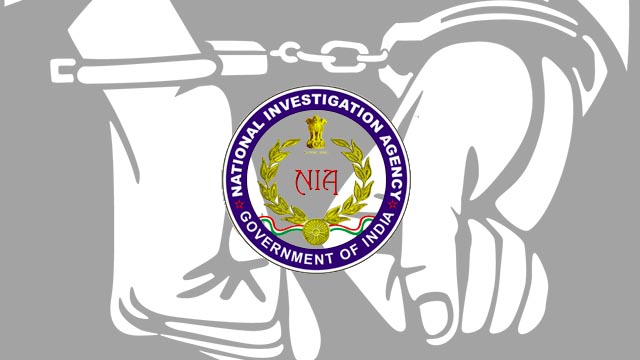 If you have thought that the police crackdown on those who protested against Prime Minister Narendra Modi’s contentious citizenship law, will limit itself within Delhi and Uttar Pradesh, and will only arrest those like Umar Khalid, Sharjeel Imam, Sharjeel Usmani, etc, and not go after the common Muslims, then think again. The National Investigation Agency (NIA), which once brought fame to the Modi regime before the 2019 Lok Sabha election by showing firecrackers, country-made pistols and A4-size printout of Islamic State (ISIS) flag as confiscated items from suspected terrorists, is back again.

Recently, the NIA has arrested nine Muslims from Kerala and West Bengal on botched-up charges of being al-Qaeda operatives. It has again alleged that firecrackers are used by these so-called al-Qaeda operatives to plot large-scale explosions. The raids took place simultaneously in both states. This raid shows signs of a similar one in December 2018.

The NIA recently filed a charge sheet against a Kashmiri couple––Jahanzaib Sami and Hina Bashir Beigh––apart from three others, accusing them of being a part of a little-known ISIS outfit the Islamic State Khorasan Province (ISKP). The ISKP, the NIA alleges, used the protest rallies against the Citizenship (Amendment) Act, 2019 (CAA 2019), and National Register of Citizens (NRC), to incite violence.

Through this story, the NIA is presenting the anti-CAA 2019 and anti-NRC protests as citadels of communal violence, shielding the ilk of Kapil Mishra, Anurag Thakur, Yogi Adityanath, etc, stalwarts of Modi’s Bharatiya Janata Party (BJP) who incited violence on record, especially the very Delhi anti-Muslim pogrom 2020, and remained unapologetic about it. Accusing the Muslims and a fictitious organisation like ISKP, with no existence outside the NIA’s strategy room and the yellow press, of inciting violence and carrying out arson in an anti-Muslim pogrom, prove beyond doubt what sort of shoddy jobs this agency, funded by the common people’s hard-earned money, is doing.

Apart from arresting the nine people from Kerala and West Bengal, the states that the BJP is eyeing to seize in the forthcoming assembly elections, the NIA has also blamed an arrested Muslim man, accused of being an ISKP leader, of using social media from captivity in a high-security prison. These ridiculous accusations are levelled to ensure a fervent Islamophobic hysteria can be generated and the Muslim community can be vilified.

Such vilification will serve the Modi regime two purposes. Firstly, it will be able to distract the people’s attention from the failing economy and rising unemployment, caused due to rampant corporate appeasement policies of the regime. It will also hide the Modi regime’s failure to curb the COVID-19 pandemic, with more than a million active cases. Secondly, it will, as usual, help the BJP to polarise the Hindu society by amplifying these incidents and using Islamophobic vitriols to titillate its feral supporter base. This will help the BJP in the Bihar Assembly election, and later in Assam, Kerala, Tamil Nadu and West Bengal.

The NIA is known well for its Islamophobic and pro-Hindutva character. It’s the NIA that diluted charges against Hindutva terror accused like Sadhvi Pragya, Aseemanand, Colonel Purohit, etc. It had earlier pressurised a public prosecutor to toe its line and go easy during Hindutva terror trials that link terrorist acts with the Rashtriya Swayamsevak Sangh (RSS)––Modi’s Hindutva alma mater and the BJP’s parental body––and can be an egregious embarrassment for the regime.

Muslim youth, arrested by the NIA earlier, languished behind the bars as the agency couldn’t file charge sheet against them. After seven months of incarceration on the accusation of plotting a terror strike, a few young men got bail from an NIA court when the charge sheet wasn’t filed against them. The Kerala High Court’s verdict in the Panayikulam case, overruling the conviction judgment of NIA Court, proved the kind of shoddy investigation the NIA, a premier agency, does and how it operates with sheer impunity. India has a larger proportion of Muslim prisoners than the population, and thanks to the NIA, this ordeal will continue for the community.

Not just the NIA is using its draconian powers to persecute the Muslims, under the guise of investigating the January 1st 2018 violence in Bhima Koregaon, it has been tormenting activists, writers, poets, intellectuals, and throwing them behind the bars to serve the obnoxious agenda of the BJP. Whenever the prime minister or the BJP face any sort of challenge, especially in the economic front, the Islamic terror card is played by the NIA as a diversionary tactic to discombobulate the common people.

As the economic crisis will grow acute, as the unemployment scenario will become vexing and a threat of a people’s movement to dislodge the fascist regime will loom large on the Modi regime, the NIA will continue with its signature Islamophobic juggernaut. The only way to stop this onslaught on the Muslims is through exposing the obnoxious agenda behind the NIA’s actions. The more the NIA’s actions and its servility towards the RSS and BJP will be exposed, the more such cooked-up stories of Islamic terrorism, that aim to vilify Indian Muslims, can be trashed. For the Muslims to live with dignity, it’s important that a larger political battle is fought to defeat the Hindutva fascist menace and its appendages.