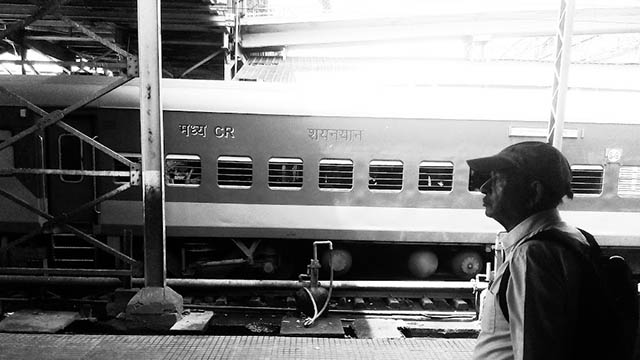 Prime Minister Narendra Modi’s government has taken another decisive step towards the Indian Railways’ privatisation. As per the recommendations of Modi’s Chief Economic Advisor (CEA) Sanjeev Sanyal-led panel, several rail organisations will either be closed or will be merged with other organisations. There are talks of luring private investments in several auxiliary services.

The Indian Railway Catering and Tourism Corporation (IRCTC), which became one of the pioneer agencies in corporatisation and privatisation of the national carrier, is used to overtake the functions of many of the above organisations. All functions of the CRIS, responsible for software development and support for ticketing, reservation, freight, etc, will be given to the IRCTC.

Also, the IRCTC will take over the business of RailTel, the Indian Railways’ telecom infrastructure provider that manages operations, communications and safety systems of the carrier. This will expand the IRCTC’s scope as it was earlier involved in selling meals in running trains.

As the Modi regime is on a privatisation spree and selling off national assets to foreign and domestic capital, it will be infantile to expect it to form a new CPSE to manage the Indian Railways’ production units. Though the Modi regime may accept the proposal, but, within no time, it will divest its stakes in such a CPSE and privatise it. This will give away all these major factories to the private sector. Sanyal’s recommendations will, therefore, privatise the Indian Railways’ production units faster than other government-owned bodies.

Sanyal recommended that the Rail India Technical and Economic Service (RITES), exporter of rolling stocks, take over the Braithwaite & Co Ltd (BCL), which was declared a sick unit in 1992. But his recommendations avoided mentioning the closed factories, including the legendary Burn Standard Co Ltd. The two units of the company located in West Bengal—one in Burnpur and another in Howrah—had been shut down. The factories have several assets, a large amount of land and infrastructure but, so far, the Indian Railways didn’t show any interest in reviving the company.

The panel recommends the merger of two of the Indian Railways’ infrastructure construction units – the Rail Vikas Nigam Ltd (RVNL) and the Indian Railway Construction Ltd (IRCON). The merger of the RVNL and IRCON will also help form a bigger corporation that can be easily privatised. With their privatisation, the earnings from several constructions, including the ongoing Kolkata Metro Rail’s expansion project, will fill the coffers of a handful of big crony-comprador capitalists.

Above all, the Sanyal-led panel recommended, as part of the Indian Railways’ privatisation plan, to give up the social service obligations as well as the running of hospitals and schools. Earlier, the Bibek Debroy Committee also recommended giving up ‘non-core’ activities and turn the Indian Railways into a purely commercial organisation, sans any social responsibility.

As per the Indian Railways’ yearbook 2019, the carrier spent Rs 455.42bn in the financial year (FY) 2019-20 under its social service obligations, including ferrying essential commodities below cost, concession in passenger fares, subsidies in the suburban train tickets, in the operations of the ‘uneconomic’ routes, etc.

In 2019, the Indian Railways was running 99 schools and one degree college. It also had 87 Kendriya Vidyalayas—Union government-owned schools—on its land. Among these schools, 94 enrolled 33,212 students, out of whom 15,399 students were wards of rail employees.

The panel is suggesting to either merge the Indian Railways’ schools with the Kendriya Vidyalayas or give them up to the States. This will force the migration of many students to private schools like a 2018 Southern Railways order did.

The Indian Railways owns 128 hospitals and 586 health units, which cater to 6.7m beneficiaries in a year, as per the 2019 data. These hospitals have a sanctioned strength of 2,597 medical officers and 41,000 paramedical staff for 13,639 indoor beds. The Sanyal panel is recommending that private investments are roped in to run these hospitals and health centres, which will eventually privatise them and jeopardise the healthcare needs of the 6.7m people.

Sanyal panel’s recommendations, regarding the rationalisation of the Indian Railways’ functioning, doesn’t consider the people factor associated with the carrier. The Indian Railways’ privatisation drive will harm the common people the most, especially the marginalised people. If the Modi regime continues with this disastrous plan and accepts the Sanyal panel’s anti-people recommendations, it will be the harbinger of a major economic and social disaster.