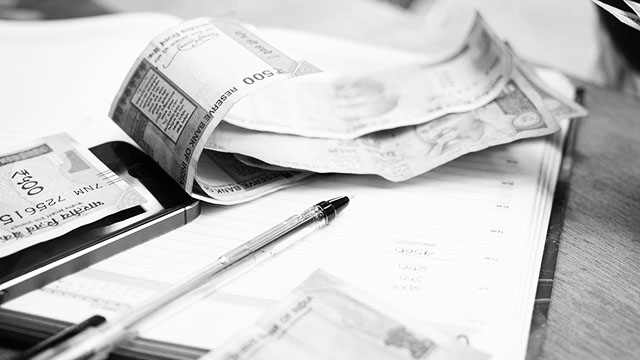 India’s gross domestic product (GDP) at constant prices (2011-12) grew 13.5% in the first quarter (Q1) of the financial year (FY) 2022-23. According to the Ministry of Statistics and Programme Implementation, the GDP is estimated to attain a level of Rs 36.85 trillion in the Q1 of FY 2022-23 vis-à-vis Rs 32.46 trillion in FY 2021-22. This news of GDP growth in Q1 of FY 2022-23 caused tremendous jubilation in the ruling Bharatiya Janata Party (BJP), which hailed Prime Minister Narendra Modi’s leadership for this achievement.

There are layers of lies under which the facts regarding the 13.5% GDP growth in Q1 of FY 2022-23 have been served. What apparently appears as a growth of Rs 4.39 trillion is actually a growth of only Rs 1.36 trillion if we compare the GDP growth of FY 2019-20, the pre-pandemic year, to this year, when neither lockdowns nor restrictions hampered normal economic activities.

It means the real GDP growth in Q1 of FY 2022-23, compared to the pre-pandemic period when the economy was heading south too, is actually a quarter of what the government has been portraying.

The Indian economy has been crisis-ridden since FY 2016-17. The GDP has been falling year-upon-year. However, the pandemic caused devastation, especially when Modi’s unplanned and arbitrary decision to impose a sudden nationwide lockdown hampered economic activities, especially industrial production.

While the Q1 GDP was Rs 35.49 trillion in the FY 2019-20, which was a year before the pandemic when the Indian economy was already suffering due to Modi’s disastrous neo-liberal economic policies, it fell further to Rs 27.04 trillion in the Q1 FY 2020-21, when the first phase of the devastating and catastrophic lockdown was imposed using brute force.

This fall of Rs 8.45 trillion was considered unavoidable by the Modi government as the COVID-19 pandemic was showcased as a major threat to India. However, when the economy started returning to normalcy, amid restrictions in the FY 2021-22, the surge of new COVID-19 cases and the high number of deaths again pushed the country and the economy into chaos.

Even though the Reserve Bank of India (RBI) has been cautious in its approach, it has projected a 7.2% ambitious GDP growth for FY 2022-23. It has projected a moderate growth of 6.2% in Q2, 4.1% in Q3 and 4% in Q4. However, the RBI has been ignoring the steep inflation that continues to hamper economic growth as people have less money to spend after meeting their expenses for food and essential items.

While the BJP and a section of self-styled journalists loyal to the government are celebrating this GDP growth in Q1 of FY 2022-23 and connecting it with the prime minister’s ambitious project of turning India into a $5-trillion economy by FY 2025-26 and a ‘superpower’ by 2047, the facts and figures of the current economy are ringing an eerie alarm for the policymakers.

Consumer retail inflation fell to 6.71% in July from 7% in June and 7.4% in May. The RBI’s rate revision can be credited to this fall. Though it’s a good sign, there are fewer chances that inflation will fall to the safe sub-five per cent zone very soon. Moreover, the rise of inflation has negatively affected demand in different industries, which is evident from the data.

Eight core infrastructure sectors’ growth slowed to 4.5% in July, the lowest in six months, against 9.9% in July 2021. The production growth of cement, coal, crude oil, electricity, fertilisers, natural gases, refinery products and steel was 11.5% between April and July in 2023 vis-à-vis 21.4% in 2021.

According to the CMIE’s findings, while there was a 13m fall in employment in June 2022, only 6.3m got new jobs in July. This fall and the re-employment happened in rural India, in the agriculture sector. While agriculture shed 8m people in June 2022, in July, an additional 9.4m were absorbed due to kharif preparations. However, the total agriculture workforce stood at 147.5m in July 2022, far less than 163.8m employed in the same period in 2021 and even 2020.

There is no information on where this unemployed workforce went to search for a livelihood, as employment in the industrial sector, which reached 108m in May 2022, saw 4.3m job cuts in June and another 200,000 jobs culled in July 2022. The manufacturing sector’s jobs remained within the bandwidth of 30 to 34m and didn’t reach the pre-pandemic level of 40m. Also, the service sector, which has maintained a status quo of growth in some categories, lost 2.8m jobs in July 2022 after sacking 800,000 in June.

If the urban economy is in such a tumultuous situation, where did rural India’s unemployed forces go to seek employment? Or did these people give up looking for employment and withdraw from the market?

What’s to be done?

The government needs to quit the propaganda mode and take the economy seriously, which they haven’t done in the last eight years. Several sectors, including manufacturing, agriculture, etc, need urgent attention. As the core infrastructure sectors are suffering, India is less likely to create enough employment in these labour-intensive sectors to realise the prime minister’s vision of a renewed national infrastructure.

Moreover, as unemployment, especially in rural India, increases, it’s crucial for the government to create a national minimum income scheme, which can be done by extending the rural employment programme (NREGA) to urban areas and by investing in social welfare schemes.

It’s time for the Modi government and the BJP to stop hyping the 13.5% GDP growth in Q1 of FY 2022-23 as a remarkable achievement and focus more on creating employment opportunities and providing income support, food support and health services to the vulnerable sections to ensure that the national economy can rejuvenate and return to a growth part. However, the question is, does the Modi government really care for the economy’s wellbeing?