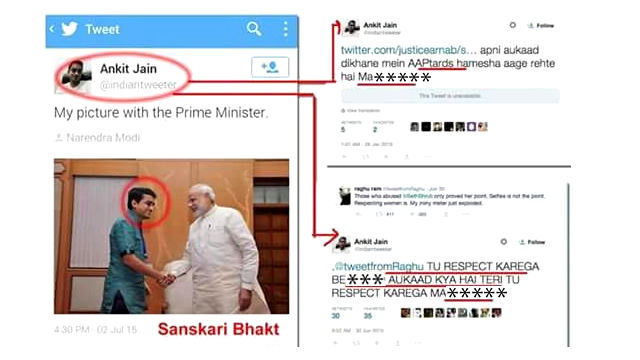 When the former quiz master turned Trinamool Congress MP, Derek O’Brien quizzed the government during the Rajya Sabha session regarding the logic behind the Prime Minister Narendra Modi’s official Twitter account following those social media goons, who are infamous for their abusive trolls and sexist remarks against women who question the official narratives presented by the RSS led regime, hell broke loose. Modi’s troll army fired their barrage of salvo against the MP.

Derek O’Brien was trolled by the paid internet and social media army of the RSS, which include some of the journalists, who would do everything to justify Retd General V.K. Singh’s ‘presstitute’ remark on the profession. Most of the trolling agents of the saffron brigade fired their salvo at the MP for raising a question that actually caused the BJP and its paternal body to step into defensive.

A recent book by Swati Chaturvedi, who tweets as @bainjal , exposed the internal mechanism of the Sangh Parivar’s social media activities through a gang of criminal turned social media users from upper-caste Hindus, who are employed to abuse everyone critical to the Hindutva policies. The book consists of the testimony from one of the former social media ‘volunteer’ of the BJP, Sadhavi Khosla, with whom the BJP later denied any ties, despite her past credentials of working closely with the social media team of Nagpur based RSS.

The RSS also have a host of influencers (who are part-time abusers) who come from elitist background to spew the venom of their hatred against the opponents of the Modi government. These influencers, from their career choice, are the close allies of the foreign monopoly and finance capital and are strong subscribers of the fascist ideology that the Hindutva brigade sponsors. These people are paid better than what the social media agency employed trolls are paid by the RSS and its sponsors like Tata, Vedanta, Posco, Reliance, and Adani group.

Even retired singers like Abhijeet Bhattacharya, senior scribes like Abhijeet Majumdar, Kanchan Gupta, actors like Anupam Kher, Raveena Tandon, Alok Nath, Pakistani mole like Tarek Fatah etc. have strongly expressed their support for the Hindutva brigade and provided cover fire to the social media trolls of the RSS. The participation of Sadhavi Khosla in the BJP’s online troll team paid by RSS was denied by Smita Barooah, the RSS propaganda chief. However, Suryanarayan Ganesh, who tweets as @gsurya , brought out evidence of her close connection with Sadhavi Khosla.

Since usurping power in New Delhi through an unscrupulous communal polarisation exercise in 2014, the BJP government led by the riot monger of Gujarat, Narendra Modi, has worked extensively to carry out a perception building exercise using its social media agencies and hired staff from RSS headquarters. Mostly hailing from upper caste elite section of urban India, these social media agents, including the journalists on Sangh payroll, have tried hard to influence the social media users with the Sangh ideology and misguide them by propagating the fabricated tales composed by the RSS. They also became notorious for their bullying tactics, which they used to intimidate the dissenting voices against the Hindutva regime and the terror force that is supported by the government throughout the country.

Walking an extra mile to cheer his troll brigade, Narendra Modi met some of the most notorious characters of the Sangh social media team at his residence on one summer afternoon and appraised them for their dedication in vilifying political opponents and minority communities. The official backing of the Prime Minister’s office to these gang of online hooligans and rape threat mongers (one among them – Tajinder Bagga – was accused by his own saffron colleague of seeking sexual pleasure!) gave the latter a much needed morale booster to carry out their nefarious activities online.

Moron @TajinderBagga how dare u ask me that if u can stay at my place when u visited bangalore that too in the night .im not characterless

Over years the social media platforms have evolved to be a tool for the urban, educated, elite and middle class, if not the poor and marginalised people, throughout the world. Social media platforms are used to voice concern and to question the authorities by a number of people, women have also joined the social media space questioning the patriarchal domination upon them, however, these developments brought some amount of panic among the ruling clique, who wanted absolute subjugation of the people in both online and offline spaces.

Pro-government and pro-establishment social media trolling became powerful with the support of the government and the extensive funding by the ruling clique in India. Apart from the US, the UK, and Russia, India tops the pro-establishment and Islamophobic social media trolling activities in the world. It’s not only that the Indian social media workers and journalists are now on the payroll of the RSS to carry out propaganda and trolling, the Indian diaspora in the US, the UK, and Canada, who belong to upper caste Hindu society, have also joined the fray and became the flag bearers of the Hindutva brigade in offshore locations.

While Derek O’Brien could rightly condemn these heinous activities of the social media trolls supported by the Prime Minister despite the heavy barrage of abusive troll directed against him by the saffron brigade’s paid agents on the social media, the Modi government followed an unapologetic course and started defending these brutes, even when its own minister Maneka Gandhi considered treating trolling against women as violence.

In a democratic society trolls shouldn’t enjoy any support from any quarter of the society, forget government’s patronage. If trolling and abusing is used by the state as a weapon to bully the dissenting voices and force the latter to surrender, then it becomes evident that not an iota of democracy exists in the DNA of such state machines and they remain the farcical prototype of a failed tryst with democracy. Unfortunately India is fast becoming one of them under the present dispensation led by a narcissistic Narendra Modi’s troll army.

Share your feedback on the story by commenting below or write to us peoplesreviewin@gmail.com