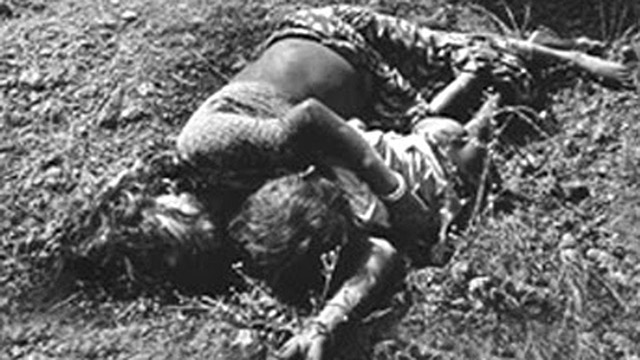 According to the official figures, 2,191 were killed, while the unofficial figure is more than 10,000. The majority of the victims were women and children, as more men managed to flee fast. Today, when thousands of Muslim women, along with their children, are agitating all over India against the obnoxious agenda of Prime Minister Narendra Modi and his Bharatiya Janata Party (BJP) to implement the National Register of Citizens (NRC) with the help of the National Population Register (NPR) and are demanding the annulment of the contentious Citizenship (Amendment) Act, 2019 (CAA), commemorating the Nellie massacre and discussing its implications become more relevant than ever.

The killing was done at the behest of the xenophobic Assam Movement (1979-1985) organisers, especially those connected with the All Assam Students’ Union (AASU) and tribal outfits. The tribal people, incensed with anti-immigrant xenophobia, were mobilised by the perpetrators who were on a logjam with Indira Gandhi-led Congress regime over the latter’s decision to conduct an election in the state in three phases. The Nellie massacre was a part of violent incidents that took place in Assam between January to March 1983. The Assam Movement organisers were complaining about the increase in voters due to the influx of immigrants from Bangladesh and called for election boycott until the names of alleged foreigners were removed from the list.

Mrs Gandhi didn’t accept the demands and continued with the election plan by sending contingents of the paramilitary and military forces to Assam. This resulted in violent confrontations and the BJP, aided by its parent body Rashtriya Swayamsevak Sangh (RSS), grabbed the opportunity. Before the Nellie massacre, Atal Bihari Vajpayee — the darling Hindutva fascist of liberals — addressed a gathering and gave provoking speech against immigrants. He said that if the immigrants were there in Punjab, they would’ve been “cut into pieces” by the people.

Such provocation played a strong role behind the massacre. But was anyone punished for this massacre? Did a single person face prosecution for the gory atrocities? No, not a single criminal was punished for such a gruesome crime. Rather, the crime founded the basis of an accord, which paved the way for a far more draconian exercise against the Bengali-speaking people.

Though there have been attempts made to show that the Nellie massacre was unplanned, and a spontaneous event sparked by outrage, actually it was well-planned and executed by the Assamese chauvinists and the tribal outfits that worked to instigate the people against the Bengali Muslims. The presence of Vajpayee, his instigation, the BJP and the RSS’s bonhomie with the AASU organisers and local tribal outfits, etc, prove that the Nellie massacre was well-planned and the Muslims were deliberately selected to send a shrill threat to the community. For days the toxic xenophobic propaganda radicalised tribals, who are socio-economically backward. They were made to believe that the presence of Bengalis caused their agony. People like Vajpayee played a key role in this nefarious scheme.

The communal enticement was already there, and the Congress government’s lacklustre attitude, even when the police and intelligence have warned about such mayhem, helped the crime to take place with the utmost ease. Within a duration of a few hours, entire villages were annihilated, their inhabitants brutally massacred by Islamophobic mob of thousands. Hemendra Narayan was one of the journalists who reported the incident, and he has narrated the tale of horror in his book — 25 years on..Nellie Still haunts…

At present, when 1.9m people are made stateless in Assam by the NRC, when millions have hit the streets of India to protest against the contentious CAA, NPR and NRC, and when the BJP is asserting that it will drive out Muslims, especially Bengali-speaking Muslims, by tagging them as “illegal infiltrators” then it’s imperative to remember the Nellie massacre and understand the pattern the ruling classes follow, under which they instigate the tribals, the Dalits and other oppressed communities to perpetrate macabre atrocities against Muslims. The Nellie massacre model helped the Hindutva fascists in different pogroms. Thus, there is a good chance that the same exercise may be repeated, especially as the RSS and the BJP are finding themselves cornered by the people’s agitation against the Modi regime, they may seek an escape route through a communal carnage.

The Nellie massacre will remain as a stark reminder that extreme xenophobic propaganda targeting a vulnerable group can lead to the most devastating incidents. Though Nellie massacre is a forgotten chapter in the history of post-colonial India, it still remains one of the important pillars on which xenophobic Assamese politics stand even today. To defeat the Modi regime and its plan to implement the CAA, NPR and NRC, it’s imperative to demand justice for the Nellie massacre victims. Justice remained aloof from them for 37 years, and this can’t be the norm in a civilised and self-certified democratic country.