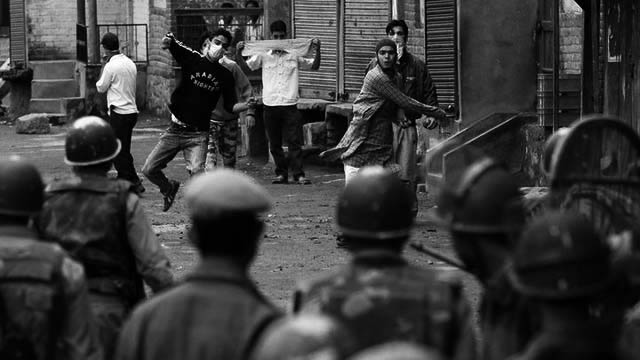 Recently, the government allowed Kashmiris access to 350 ‘whitewashed’ internet sites on 2G speed after depriving them of the internet, mobile and even basic telephone services for months. The Kashmiri people were using VPN servers to access social media bypassing government restrictions. Finding out the large-scale social media access through VPN servers, after a photograph of ailing separatist leader Syed Ali Shah Geelani became viral on social media, the Jammu & Kashmir Police did what even a tyrannical regime like Saudi Arabia or Zionist Israel won’t do. The Jammu & Kashmir Police’s FIR against all social media users shows the level of government’s panic as it lacks legitimacy in the eyes of the people.

On 5 August 2019, breaking all previous records of atrocities against civilians, India’s home minister, Amit Shah, treated the entire erstwhile state of Jammu & Kashmir as an enemy of Prime Minister Narendra Modi’s regime. Shah ordered a total lockdown of Jammu & Kashmir by stationing armed soldiers outside each house, erecting concertina wire barriers at every few inches of the state, especially in the restive Kashmir valley where people have been seeking Azadi (freedom) from Indian rule, and by snapping telephone, mobile, internet and television connections, when he used the President’s decrees to annul Article 370 and 35A of the Indian Constitution and bifurcated the state into two union territories.

The Jammu & Kashmir Police’s FIR against all social media users created a new storm regarding the ordeal faced by the people of Jammu & Kashmir, which is a United Nations-recognised disputed territory, at the hands of India. The Modi regime has faced severe international condemnation and criticism for its arbitrary annulment of Article 370 and Article 35A, the very articles which provided the basis of India’s special relationship with the former princely state of Jammu & Kashmir. After Kashmir became the place which experienced the longest-ever internet cut, the Modi regime was compelled to restart the communication channels, including the internet, albeit with severe restrictions.

Now as the people show no signs of relenting and are innovating challenging solutions to break pass the internet restrictions, the Modi regime and Shah are panicked. They are anticipating a big blow to their cosmetic Kashmir narrative, which paints the valley in the brightest shades to the Indian voters and to the world, yet behind the scenario lies the real situation. This is the reason the government isn’t willing to take any risk and is ensuring that the Jammu & Kashmir Police’s FIR against all social media users can have the most serious provisions, including the Section 66A of the Information Technology Act, which was struck down by the Supreme Court earlier.

This goof-up proves that the Jammu & Kashmir Police’s FIR against all social media users was filed in a hurry, which was caused by a frantic effort to gag all voices that are eager to tell the world how the people are repressed by the Indian state. The emotive tug of a frail Geelani’s photos and videos can fuel the pro-Kashmiri sentiments all over the world and spoil India’s efforts to get an endorsement of its Kashmir policy from European and American far-right policymakers and influencers.

Whatever the government may do to restrict the people and gag their voices, tyrannical rules can’t subjugate the will of the people and their aspirations for a long time using violence. Though the Jammu & Kashmir Police is using the FIRs against social media users to randomly arrest people and slap them with UAPA, its ultimate goal of earning obeisance by muscle-flexing can’t be materialised in a real world. Especially in Kashmir, where the people have lost all hopes with India. The Jammu & Kashmir Police’s FIR against all social media users will eventually intensify the battle between the people and the government.