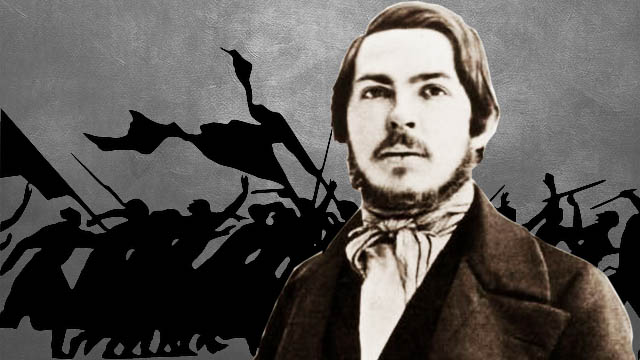 The revolutionary legacy of Frederick Engels, the closest comrade-in-arms and friend of Karl Marx, is now discussed widely as he turned 200 on November 28th. However, in doing this, one of the greatest contributions of Engels to scientific socialism and the cause of the proletarian class has been obliterated. Engels’s “On Authority” (Marx and Engels Selected Works in three volumes, Volume II, Moscow, 1973, pp 376-79) has been one of the greatest Marxist works, which emphasised on a most controversial part of the proletariat class’s organisation and revolutionary movement, the question of “authority”, revolutionary or otherwise.

In “On Authority”, Engels emphasised on the fact that the allergic reaction to the concept of authority by a section of those in the working-class movement is a manifestation of liberalism, which has masked itself as socialist. In this article, Engels wrote “Supposing a social revolution dethroned the capitalists, who now exercise their authority over the production and circulation of wealth. Supposing, to adopt entirely the point of view of the anti-authoritarians, that the land and the instruments of labour had become the collective property of the workers who use them. Will authority have disappeared, or will it only have changed its form?”

While the “anti-authoritarians”, who still dominate––quite sadly so––the Marxist movement even till this date, will assert that the revolution is a collective initiative and that the trend of “authority” is harmful, Engels criticised this view strongly and asserted the scientific necessity of “authority” in each walk of the revolutionary struggle and organisation. “Everywhere combined action, the complication of processes dependent upon each other, displaces independent action by individuals. But whoever mentions combined action speaks of organisation; now, is it possible to have organisation without authority?”, Engels asked.

At present, when the CIA-funded political schools propagate the idea of carrying ahead leftwing politics and struggles without organisations and without subordinating to any authority, then they expose their political bankruptcy quite well after 128 years of Engels writing “On Authority”. It’s not just the new trends of “post-modern” Marxists, but also several self-styled “revolutionary” communists, who are very allergic to the idea of “authority”, oppose even the mention of the term in the greater perspective of the revolutionary movement.

Engels wrote: “Have these gentlemen ever seen a revolution? A revolution is certainly the most authoritarian thing there is; it is the act whereby one part of the population imposes its will upon the other part by means of rifles, bayonets and cannon — authoritarian means, if such there be at all; and if the victorious party does not want to have fought in vain, it must maintain this rule by means of the terror which its arms inspire in the reactionists. Would the Paris Commune have lasted a single day if it had not made use of this authority of the armed people against the bourgeois? Should we not, on the contrary, reproach it for not having used it freely enough?”

But while discussing the problem of socialism, especially in the last 29 years after the collapse of the erstwhile Soviet Union, the “neo-Marxists”, ie, a section of the CIA-funded “Marxist” scholars and activists, who run NGO-fied protest movements and academic circles, call for diluting the basic tenets of Marxism-Leninism, especially the concept of the dictatorship of the proletariat, forceful seizure of power, political and cultural remoulding of the people, etc, to make the Marxist socialism another version of the liberal welfare state, then it’s imperative to highlight the importance of “authority” in the proletarian movement.

In his “On Authority”, Engels said, “…on the one hand, a certain authority, no matter how delegated, and, on the other hand, a certain subordination, are things which, independently of all social organisation, are imposed upon us together with the material conditions under which we produce and make products circulate.” To start with, the concept of authority isn’t just necessary, it’s always imposed by the “material conditions”. This is true even in the political sphere and even the extreme liberal democrat is unconsciously or consciously following an authority, which has set the rules and fixed the trajectory for their political circus.

To build a political entity, which will represent the causes of the proletarian class, and carry forward the task of seizure of political power, it’s imperative to have authority at the very beginning that will form the centre for a circle to be drawn. Without a centre, neither a circle can be drawn nor a political entity with iron-strong unity and military discipline can be built. Those who oppose the idea of “authority” as “autocratic” actually suffer from liberal myopia and are causing grievous harm to the cause of the proletarian class.

As a co-founder of Marxism, Engels always credited Marx’s genius for the discovery of scientific socialism. In his article “Karl Marx”, written in mid-1877, Engels wrote: “Karl Marx, the man who was first to give socialism, and thereby the whole labour movement of our day, a scientific foundation…” and subsequently, during his speech at Marx’s funeral, Engels said: “Just as Darwin discovered the law of development or organic nature, so Marx discovered the law of development of human history…”. It’s important in this context to understand that the founders of scientific socialism didn’t negate the role of the individual in building a theory and leading a revolution.

By contributing to the science of Marxism through their inventions and theoretical innovations, these later followers of Marx and Engels inherited their teachings, practised them, enriched them through their contributions and developed Marxism to higher forms like Leninism and Mao Zedong’s Thought. By doing so they have become authorities of the science and questioning the science, when it’s proven in theory and practice, isn’t Marxism, but following the scientific theory, practising and developing it by one’s rich experiences and genius is the right approach towards Marxism.

While the authority can be either national or international or both, it’s also a truth that the revolutionary authority who defends the science of Marxism, enriches it and develops it to a higher stage, is always established by those who unconditionally follow them and fight to establish their authority and thereby establish themselves as the successor of the authority. While there is an authority, there is always a “successor”, and this isn’t anti-Marxist, but an integral part of the history of the working class’s revolutionary struggle.

By defending Marx and fighting to establish his authority on the working class’s revolutionary struggle, Engels established himself as the true successor of Marx. Similarly, Stalin fought to establish Lenin and protect Leninism from the attacks of opportunist and reactionary forces. This way he became the successor of Lenin and contributed to the protection and enrichment of Leninism through the incessant practice of the theory.

Mao, upon the demise of Stalin, protected Marxism-Leninism from neo-revisionist attacks from Soviet leaders, enriched it with the experiences of the Chinese Revolution and developed to a new stage, Mao Zedong’s Thought. Lin Biao fought to establish Mao’s authority and defended him from the revisionist onslaught and became the only officially-designated successor of Mao, the revolutionary authority of his time. It was only Lin’s mysterious death and a series of slanderous campaign against him that brought an end to socialism in China with the unbridled rise of pro-capitalist forces under Zhou Enlai.

By denying accepting the theory of “authority” as an integral part of Marxism, which both Marx and Engels fought to establish forever, the modern “neo-Marxists” and the so-called “revolutionary communists” who emphasise more on material possessions than a correct political line, negate the science of Marxism and its basic tenets. It’s regarding them that Engels spoke about two possibilities, “either the anti-authoritarians don’t know what they’re talking about, in which case they are creating nothing but confusion; or they do know, and in that case they are betraying the movement of the proletariat. In either case they serve the reaction.” Celebrating Engels as the defender of Marxism and successor of Marx is incomplete without establishing his theoretical contributions to the development of the revolutionary science and its concept of authority.