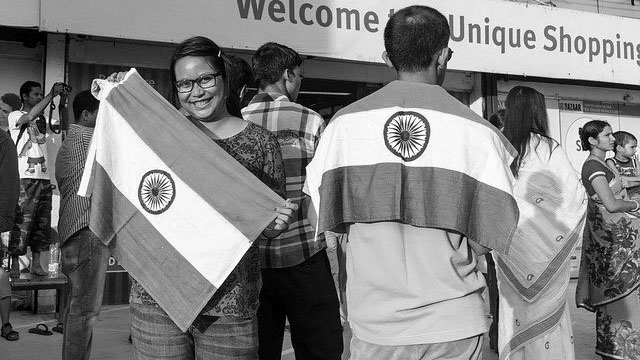 Independence is a nice word. It’s significant when it’s used for nations as it means they start walking on their own, without any foreign intervention or diktats commanding their course. As Indian Independence Day is celebrated today, August 15th, it’s important for all to see how much “freedom” or “Azadi”, as it’s called in Urdu, the people of Union of India enjoy, 73 years after it became an independent dominion in the British Commonwealth of Nations in 1947.

On the occasion of Indian Independence Day, if one is to critically analyse the journey of “Azadi”––a term severely loathed by the present dispensation––since 1947, it will be found that the real essence of “freedom” remains elusive for the majority of the people in “independent” India. Rather, the present Hindutva fascist regime of Prime Minister Narendra Modi’s Bharatiya Janata Party (BJP) is hell-bent to curb the limited freedom that the majority of Indians had been enjoying under the constitutional system that began on January 26th 1950. For the BJP, freedom is antithetical to “development”, ie, unbridled corporate loot and plunder of national resources.

To ensure a graveyard’s peace prevails while the big corporate sponsors of the BJP plunder Indian mineral resources, destroy its forests, exploit its people and evict millions of tribal people from their land, the draconian laws like the Unlawful Activities (Prevention) Act is slapped on those who dare to question the government. Thus, writers, activists, students, lawyers, etc, along with thousands of tribal, ostracised Dalit and minority Muslims languish in jails for either criticising the government’s policies in an “independent” country or for resisting the aggression of corporate houses on the livelihood and land of the poor. These are achievements Mr Modi forgot to mention during his customary speech on Indian Independence Day.

Muslims face the highest degree of persecution in “independent” India, far surpassing the collective trauma of persecuted Dalits and tribals. The community is subjected to the goriest atrocities as the Rashtriya Swayamsevak Sangh (RSS)––the parental body of the BJP––use the optics of their persecution to titillate the core support base of Modi. Not only is violence against the Muslims being mainstreamed, institutionally, but the Muslims have also been shown the doors by the “independent” state’s such institutions that can’t be named, because naming and shaming its decisions may invite its wrath on the citizens of Independent India.

Not only is the BJP and the Modi regime snatching away people’s freedom of speech, association, expression and even dissent, it’s also implementing the draconian provisions of Citizenship (Amendment) Act, 2003, which will turn millions of poor Indians into stateless people and force them to sell their labour at a cheaper price to big corporate sponsors of the ruling clique. Through the Draft Environment Impact Assessment notification, it’s paving the way for massive destruction of forests and environment in India, which will even make oxygen a dearer commodity. The National Education Policy 2020 has proposed subtly that the poor and the marginalised be denied an education. While labour law reforms are paving the way for a neo-slavery system, snatching away the basic rights of the working class that even the British colonial rulers didn’t take away.

Yet, amid this, when our doctors and poets languish in prisons, when the COVID-19 pandemic exposed the palpable state of India’s public healthcare, when a draconian lockdown wreaked havoc on the poor and rendered millions jobless, when the entire Kashmir valley is turned into a prison by trampling upon human rights, the celebration of the Indian Independence Day is on full-swing at the courtyards of the privileged upper-caste Hindu elites and urban middle class. Eulogising all fascistic political shenanigans, they epitomise building of Ram Mandir (temple of Hindu deity Lord Rama) at the spot where a 15th-century mosque Babri Masjid once stood and was demolished by RSS-led thugs, as real freedom.

That’s probably the reason why the BJP leader Subhash Chandra’s Zee network has been telecasting films on anti-Muslim themes on the Indian Independence Day, discombobulating the susceptible Hindu mind about the real meaning of independence and from whom exactly it was achieved. As India becomes a prominent pawn of the US in its military campaign against China in South Asia, and as Modi and the BJP mortgaged India’s sovereignty to the US-led imperialist bloc, the Indian Independence Day is worth a celebration for many who would benefit from the crumbs that will trickle down to them from their foreign masters. Freedom can come another day.