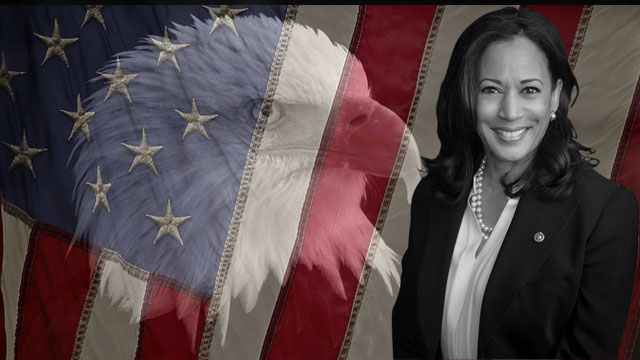 Joseph R Biden Jr, also known as Joe Biden, the Democrat nominee for the 2020 US Presidential race, stimulated an upheaval globally by naming Kamala Harris, the Senator from California, as his vice president nominee. While a large section of the liberals is happy with the nomination of Harris as the running mate of Biden, whose policies were criticised by Harris during her attempt to get into the presidential race, the left-wing and the right-wing have their issues with the former Attorney General of California.

While there has been an attack on Harris from the American and Indian fascists who call her “left”, the reality is starkly contrasting to the perceptions created about the woman senator. Harris has mastered the skill, like any cunning American politician, by being fluid on political and ideological standpoints. What’s called “left” in American political nomenclature, is often “centre-right” or simply “right” in the politics of other countries. Therefore, it’s visible that she never took any strong standpoint in favour of the oppressed and exploited people. It’s one of the reasons why Biden, a warmonger and extreme right-wing hawk, chose her as his running mate.

Harris, who is of Jamaican and Indian descent, often gets to wear multiple identity hats to appease different vote banks. At times she can use her Jamaican roots to identify with the African-American community, while at times, she can play her mother’s roots in the Indian state of Tamil Nadu to appease the Indian-American diaspora. As she is married to a white American, so she doesn’t leave a chance to utilise that identity as well to fuel her political career. Also, much to the dismay of the so-called “left-liberals” who wrongly consider her as a critique of Indian Hindutva fascist tyrant Narendra Modi, Harris didn’t shy ever to flaunt her brahmin identity.

Biden’s selection of Harris for his running mate is a politically calculated move. He and the Democrats, who represent the deep state and are dangerous than US President Donald Trump, saw with extreme fear the black people’s disenchantment with the American system, which was hitherto marketed as the most humane and liberal system throughout the world by the Wall Street. While the Black Lives Matter movement gained momentum after the brutal killing of George Floyd in Minneapolis, the Trump regime trembled, but the Democrats were visibly shaken, and they have been trying to hijack the momentum and divert it to appease their appetite for power.

Despite claiming legacy to an African-American lineage, her harsh approach towards the community during her tenure as the California Attorney General as well as her right-tilted stand regarding the inhuman US prison system, which in 2011 had 22% of the world’s prisoners, show how reactionary Harris is in the matter of criminal justice and providing relief to the aggrieved and oppressed black people and other people of colour.

On healthcare, which was the campaign driver of Democrat Bernie Sanders, Harris took a right-wing stand as well. She didn’t support the idea of universal healthcare for all, the lack of which is pushing the US people to their graves at a faster pace during the COVID-19 pandemic. Though in July 2019 she released her manifesto on healthcare, it was not impressive at all.

When it comes to world affairs, though Harris criticised the role of the Modi regime in Kashmir, she didn’t support the Kashmiri cause vocally ever to ensure her Indian-American voter base doesn’t get upset with her. She paid lip service to Kashmir but alike Biden, she, driven by Sinophobia, wants to build a strong anti-China military nexus in Asia-Pacific with India playing the vital role. She has been a prominent China-basher and is vocal for her support for the CIA-funded Hong Kong uprisings and she incessantly peddles the American propaganda regarding the purported Uyghur Muslim persecution.

It’s unlikely that Biden will make it to the White House as Trump will tear him down by exposing his hypocrisies, his role as a warmonger in the Obama administration and his senility during the presidential debates. The loss of Biden will mean the loss of opportunity for Harris. But as she has a huge support of the deep state and the CIA, and is a prop, like Obama, who can deceive the people of colour, the American ruling classes will provide her opportunities in the years to come to contest and reach the White House.

Whether Harris becomes the next vice president or not is irrelevant. What’s important is to see that there is no real policy difference between the two camps of the US ruling class competing for the top slot. This makes it imperative for the progressive and left forces of the US to purge the filth of opportunism and utilise all avenues to build up an alternative and powerful political movement against imperialism and its deep state to bring real and drastic changes in the American society. Ensuring the fall of Trump, Biden and the likes of Harris and Tulsi Gabbard is a must-do thing for the real American progressive left now.