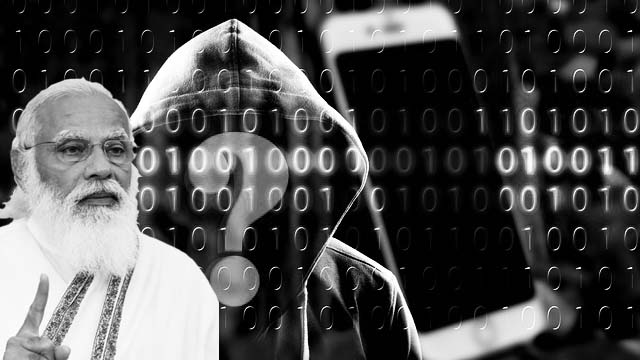 Prime Minister Narendra Modi expressed his displeasure over the ruckus created in the Parliament by the Opposition over the Pegasus “Snoopgate” scandal, which came back after two years due to a follow-up investigation done by The Wire and other media outlets on the government’s alleged snooping activity in 2019. To divert the issue and to ignore the Opposition, Mr Modi asked the parliamentarians to meet him on Tuesday, July 20th, for a discussion on the COVID-19 pandemic.

Following his signature style, Modi smartly spun the narrative to a convenient one by blaming the Opposition that it’s creating a ruckus as it can’t stand the fact that the Bharatiya Janata Party (BJP) has made women, Dalits and backward caste Hindus (OBCs) ministers. Modi called the Opposition anti-women, anti-Dalit and anti-OBC with sheer convenience. While the Opposition is harping on the Pegasus “Snoopgate” to bleed the BJP in the Parliament, it’s actually the BJP that will benefit from this political discourse.

On the one hand, in a country like India, where draconian laws like the Unlawful Activities (Prevention) Act (UAPA), the Armed Forces Special Power Act (AFSPA), National Security Act (NSA), etc, exist, where press freedom is at the nadir and the country is categorised globally as an elected autocracy, where 330,487 undertrials and 3,223 detainees were languishing behind the bars in 2019 due to the slow pace of the judicial process, there, creating a ruckus in Parliament over an alleged spyware attack on a handful of politicians, capitalists, mainstream journalists and government officials sound a “privileged” matter.

Spying on individuals, politicians, journalists, etc, are unethical in the “first world democracies”, where the people aren’t locked up one sudden day over a social media post. The concepts of privacy and data security have no takers outside the elite drawing rooms in India. In a country, where the biometric-based Aadhaar system has created the massive snooping ecosystem and none is immune from it, creating a ruckus in the Parliament over a spyware software, sent allegedly to 300 phones, won’t appeal to the common people. They don’t identify with the issue.

Around 200m Indian poor will lose their right to food through the public distribution system, as Mr Modi and his accomplices are linking the Aadhaar, which is a father-figure to the Zionist terrorist NSO-made Pegasus, with the ration cards to cut Rs 450bn in subsidies. But the Opposition, whose members of the Parliament (MPs) don’t depend on the food from the public distribution system, didn’t corner Modi on the conspiracy to starve the masses.

There is no visible sign of control on the sporadic fuel prices, increasing by leaps and bounds every week. Petrol has already crossed Rs 100 per litre and diesel is racing towards the century mark. But the Opposition isn’t going to organise any nationwide movement, including even a strike, to give a major jolt to the BJP and Modi’s obnoxious agenda. Why the Trinamool Congress MPs rode bicycles to the Parliament to protest the fuel price rise and not call for a nationwide strike on the issue?

Why doesn’t the Opposition create a ruckus demanding a comprehensive compensation package for all victims of the COVID-19 pandemic, hold Modi and the BJP accountable for the thousands of deaths in the first and the second wave, especially in the latter? Why aren’t Modi and the BJP nailed by the Opposition using the data of the COVID-19 second wave’s catastrophe that shattered India in March, April and May? Why the Opposition isn’t nailing the government on the killing of Father Stan Swamy and the incarceration of political prisoners, slapped with the draconian UAPA? Why the Opposition—after showing so much concern about privacy and people’s freedom of speech—isn’t demanding the repealing of the AFSPA and the UAPA?

It’s not Modi’s acumen that’s helping him retain hegemony in India despite all odds. It’s the lacklustre attitude of the Opposition, its misplaced priorities and its inability to innovate ways to expose the government that’s keeping Modi in power.

It’s important to understand that the issue of Pegasus “Snoopgate” isn’t an issue that will appeal to the broad masses of peasants, workers, youth and unemployed people. Rather, the Congress party and other forces will become far more isolated if their movement within the Parliament ignores the real issues like fuel price rise, farm reforms, unemployment, inflation and the incarceration of activists and journalists for writing or criticising the government.