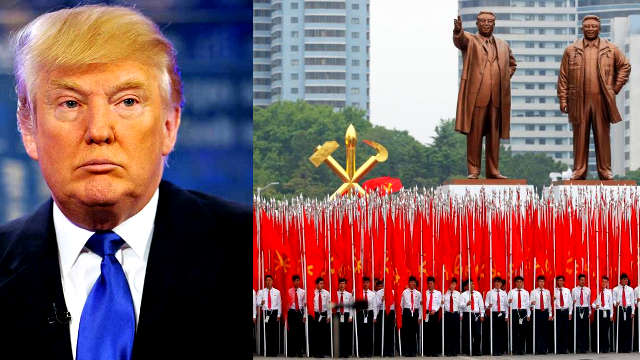 The 2018 Singapore Summit between Donald Trump and Kim Jong-un may have eased the longstanding tension between the US and the Democratic People’s Republic of Korea (DPRK), however, the longstanding stalemates over the issue of nuclear weapon development by Pyongyang, which the US and the Western establishments have staunchly opposed since the 1960s, is not yet resolved and is hanging on the fragile threads of mutual trust. It’s unlikely that the US will fulfil its commitment towards the demilitarisation of the Korean peninsula anytime soon, as White House, the CIA and Wall Street will be reluctant to lose a colony that they occupied with a brute force more than seven decades ago and have ruled unchallenged for all these years.

Kim Jong-un took a very mature step by becoming the first Korean leader from the DPRK to call Donald Trump, the man who slandered against him and his government, for a peace summit and do, what can be called, swift diplomatic manoeuvring, which has left his bete noire quite astonished and puzzled. It was not out of his love for world peace that Donald Trump agreed to be a part of the summit after dodging the invitation repeatedly since April 2018 and even calling it off in May 2018. At a certain point in time, Trump wrote a harsh letter, threatening Kim Jong-un with violent repercussions to bully Pyongyang into submission. However, Kim Jong-un and the Korean Workers’ Party leadership managed to overcome the temptation of verbal volley exchange and took decisive steps to show the world the eagerness of the Korean people for peace and democracy in the region.

The outcome of the summit was officially denoted in the following lines:

1. The United States and the DPRK commit to establish new US-DPRK relations in accordance with the desire of the peoples of the two countries for peace and prosperity.

2. The United States and the DPRK will join their efforts to build a lasting and stable peace regime on the Korean Peninsula.

3. Reaffirming the April 27, 2018 Panmunjom Declaration, the DPRK commits to work towards complete denuclearisation of the Korean Peninsula.

4. The United States and the DPRK commit to recovering POW/MIA remains, including the immediate repatriation of those already identified.

“Having acknowledged that the US-DPRK summit the first in history was an epochal event of great significance and overcoming decades of tensions and hostilities between the two countries and for the opening of a new future, President Trump and Chairman Kim Jong-un commit to implement the stipulations in this joint statement fully and expeditiously. The United States and the DPRK commit to hold follow-on negotiations led by the US Secretary of State, Mike Pompeo, and a relevant high-level DPRK official, at the earliest possible date, to implement the outcomes of the US-DPRK summit.”

While Kim Jong-un may have agreed to stop nuclear weapon development and dismantle the nuclear arsenal of DPRK to pave way for the US to withdraw troops from South Korea and stop the joint provocative naval exercises with Australia, Japan and South Korea in the region, however, he have also won immense respect for his leadership and walked a long distance to end the reigning hostility against the small country, which is facing severe economic blockades imposed by the Western powers since decades. The beginning of an agreement will open more diplomatic space for the isolated country and open new trade opportunities to boost the economy of DPRK. It’s surely a diplomatic gambit on part of Pyongyang, as Washington DC is the most verminous serpent in the world, which is playing the same role that Nazi Germany played under Adolf Hitler before the Second World War.

Though there will be pressure on DPRK to comply with the promises, the US will try to evade its own responsibility of demilitarising the Southern Korean peninsula and may drag the event for a long time, which will surely give fodder to escalate tensions in the future. Still, the window of opportunity that Pyongyang has gained will help it to utilise the time and strike better diplomatic and trade ties with other powers, as the US will not be in a position to open a second war front in Korean peninsula if it goes ahead with its plan to launch full-scale war against Syria and Iran in the Middle East. A peaceful South East Asia and South China Sea will be a prerequisite for the US to concentrate on the war theatre of Middle East Asia, where its hired terrorist serpents of ISIS and other appendages of the CIA like the FSA, have faced the most humiliating defeat.

The DPRK government’s efforts to normalise relationships with other countries and get out of the trade and economic sanctions imposed on it by the US-led imperialist hawks must be lauded and supported by the democratic and peace-loving people of the world. Though the militarist-fascist regime of Shinzo Abe in Japan and the Australian hawks will leave no opportunity to flare up conflagration in the Korean peninsula with the help of the fascist US establishment, a formal treaty with the US will work as a Molotov-Ribbentrop Pact for Koreans until they are fully prepared, with the diplomatic support of the Russians and Chinese, to deal firmly with the US military instigations.

The outcome of the successful summit between Kim Jong-un and Donald Trump may take the situation in Korean peninsula to new heights irrespective of the mind-swing of Trump, the old fascist narcissist, who poses a serious threat to world peace than any other American hawks. As both parties have highly applauded the deal they are to follow, it will be impossible immediately for the US establishment to go back on the treaty as it will provide diplomatic leverage to Kim Jong-un. Thus, it can be said for a while, if not a long period, that peace will prevail in the Korean peninsula and Pyongyang may utilise the opportunity to get rid of the unjust sanctions imposed on it.