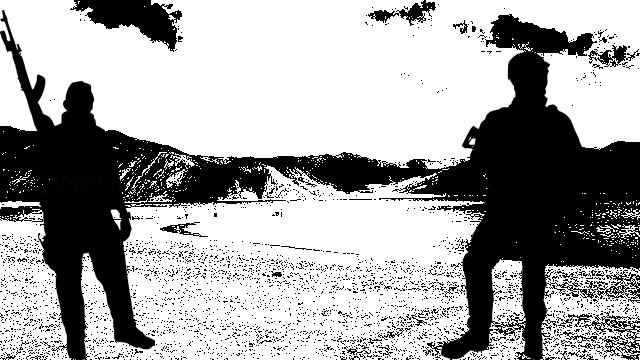 Up in the Himalayas, there is a peculiar turn of events this week as the Sino-Indian military face-off in eastern Ladakh’s Galwan River valley has turned ugly on the night of Monday, June 15th 2020, when 20 Indian Army soldiers were killed in hustle with Chinese People’s Liberation Army (PLA) troops at the Line of Actual Control (LAC). While three Indian soldiers were killed in the fistfight with the PLA troops, 17 seriously injured soldiers died due to alleged delay in medical care and exposure to the harsh temperature of the region.

This is a first Sino-Indian military conflict in decades, albeit without firearms, which killed so many soldiers at one go. The last time Indian soldiers were killed by Chinese PLA was in 1975. This fiasco has caused severe upheaval and jeopardised diplomatic relations between the two nuclear power neighbours.

This tragic death of Indian soldiers has triggered a political uproar in India and provided an opportunity to the hyper-nationalist right-wing eco-system to evoke severe xenophobia targeting China, which reminds people of the 1962 Sino-India war when similar jingoism was exhibited. The Indian state has taken a two-pronged strategy to deal with the crisis. While Prime Minister Narendra Modi has issued a veiled threat to China, Indian Foreign Minister S Jaishankar has been in discussion with Chinese State Councillor and Foreign Minister Wang Yi over the telephone to de-escalate tension after the military top brass of both countries failed to reach a consensus. Still, India is far away from taking enough bold steps to undo the border tension.

Since years, the Indian mainstream press’s editorial tonality has placed warmongering at a high-plane. If one would carefully analyse the content of the Indian mainstream press, at present and earlier, it would convey an eerie message that India is in a perpetual state of war with its neighbours and in case New Delhi fails to flex its muscle, the “idea of India” will be doomed! If one goes through the Chinese editorials, from the People’s Daily to the Global Times, they will see how Beijing has been downplaying the antagonisms arising at the border to stress on peace and stronger diplomatic ties. Why the Indian press can’t have an equally responsible and pro-peace outlook and urge the government to de-escalate the tension through peaceful means without baying for blood? The answer to this question lies in the historic standpoint of the two parties in this conflict.

After the People’s Republic of China was founded in 1949 by Mao Zedong, the ruling Communist Party of China (CPC) proposed to resolve the boundary issue with India’s Congress party-led government with Jawaharlal Nehru at its helm. Despite calling his regime “anti-imperialist” and opposing “colonialism” in words, Nehru rejected the Chinese proposal and remained firm on carrying ahead the British colonialist policies and retaining territorial control passed on by the colonial masters. The Indian ruling classes, flaunting their sham nationalism, remained hooked to the colonial-era policies and settlements unapologetically.

Later, in the 1960s, when the CPC plunged into an intense ideological conflict with the Soviet Union’s leadership — who discarded Marxism after the demise of Joseph Stalin in 1953 — the Sino-Indian equations changed drastically. After Nehru grew closer to Moscow and started dancing to Nikita Khrushchev’s tune, the Sino-Indian military face-off at border areas became a regular affair. India’s aggressive posture and “forward patrolling” policy, which Nehru adopted under American and Soviet influence, triggered the 1962 war with China, in which the Indian side suffered a humiliating setback.

Though China offered a peaceful solution to the border issue even after 1962, India refused to even normalise ties until Mao was alive. The CPC leadership was also frustrated due to India’s attempt to claim ownership of the Aksai Chin area, which China claims has always been its territory. It was only after Mao’s death in 1976 that former Indian foreign minister Atal Bihari Vajpayee began hobnobbing with Beijing. By then China scrapped its socialist ideology and embraced capitalism under the CPC’s renegade leadership.

Despite the CPC changing its colour and transforming the Chinese state into a social-fascist one, it remained consistent on the border issue with India. There has been no qualitative change in the border dispute in the last 58 years. However, the recent Sino-Indian military face-off is caused by Modi’s adventurist endeavours at the behest of the US President Donald Trump, who is keen to return to White House playing an anti-China card. After being defeated in Syria, Afghanistan and Iraq, the US is keen to find a new and safer war theatre where it can use a pawn — India in this case — to push its agenda.

The Indian press has been vouching for a war with China because the big crony-comprador capitalists, who own these “media” outlets, will profiteer immensely in case a war takes place through their defence contracts and black marketing of essential commodities, while millions of poor may die, especially Indian soldiers who are turned into cannon fodders by the ruling classes. Even now, as the mainstream press is busy peddling Sinophobia and jingoism, the Modi regime has already auctioned 41 coal blocks to woo foreign and domestic capital to exploit India’s natural resources, destroy the environment by uncontrolled mining, and evict the tribal people from their villages and jungles. More natural resources will be privatised under the garb of “nationalism”, while the Chinese corporates will smirk at the stupidity exhibited by the Indian press.

Under the garb of India-China conflict and the optics of boycotting Chinese products — albeit keeping former home minister Vallabhbhai Patel’s much-hyped “Statue of Unity”, which was built in China, absolutely intact — the Modi regime and the BJP is trying to polarise the voters before the crucial elections in Bihar, Tamil Nadu and West Bengal, while at the same time, it’s handing over India’s national resources to big corporates for free and rolling out the National Citizenship Register to disenfranchise millions of poor, who can become corporate slaves in the days to come.

This blatant warmongering by the Indian mainstream press, their hawkish outlook and even the Congress party-led bandwagon’s chest-thumping for a war with China can trigger a new wave of military conflicts with China, which Modi will take forward on behest of the US and its allies. Earlier, the Congress party, during its decade-long rule, adopted a new version of “forward patrolling” practice, which has intensified Sino-Indian antagonism in the border areas. But such adventurism will have serious impacts on peace and stability of the region while causing immense damage to India’s economy, which is undergoing its worst phase in decades.

China has shown that it can certainly turn the tide in its favour with its new position in the world’s political and diplomatic arena, where the US is a weakened entity for the time being due to the sheer crisis that’s reigning in the western capitalist block since the 2008 Subprime Crisis. The COVID-19 pandemic showed the vulnerability of the US, which also suffered immensely due to the mass uprisings against the Trump regime’s white-supremacist policies. India can expect less help from Trump in a conflict with China, unlike in the 1960s, moreover, with stronger China-Russia ties, there will be no support from Moscow this time.

Continuing with the jingoistic Sino-Indian military face-off at Galwan River valley by peddling fake news, building xenophobic mass opinion and titillating the middle class with war optics will eventually harm India’s long-term strategic and business interests while pushing its economy further down in the abyss of crisis than where it has reached now. Without bothering about the Congress party’s ranting, Modi should take proactive measures to at least de-escalate tension in eastern Ladakh if not resolve the centuries-old border dispute. This could’ve been a better option, but the issue is that neither Modi nor the Indian ruling classes want peace to prevail, as they have too much on stake. Such adventurism may benefit the US, may enrich the military-industrial complex of the west and can help the black marketer sponsors of Modi’s BJP to fill their coffers, but it will be catastrophic for the common Indian people.