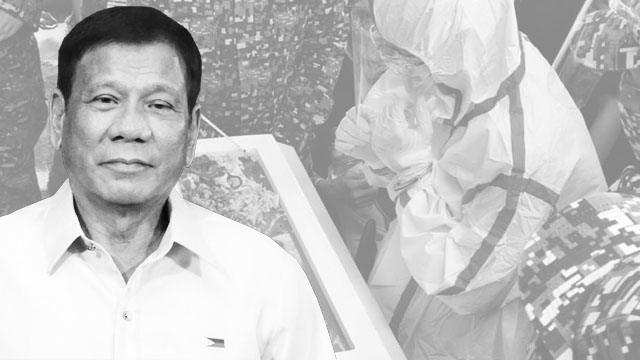 It’s said fascists hate children unless they are obedient orderlies. The Third Reich’s Wehrmacht henchmen didn’t blink their eyes before shooting children, including infants. The US imperialism has killed thousands of children and infants in Korea, Vietnam, Afghanistan and Iraq. The Zionist terrorists and India’s Hindutva fascist forces are equally infamous for killing children, infants, and even unborn foetus. How could the Philippines’ fascist warlord Rodrigo Duterte not join the league? Now he is gloating over the corpse of River, the three-month-old infant daughter of jailed rights activist Reina Mae Nasino. Duterte’s bloodlust isn’t appeased by merely killing Nasino’s baby girl, as his regime also unleashed macabre violence to ensure that the baby doesn’t get a decent farewell.

Since November 2019, the 23-year-old Nasino is jailed under trumped-up charges of carrying firearms. She wasn’t released even for childbirth amid the COVID-19 pandemic and she gave birth to the baby in jail. Soon after River was born, she was snatched away from her mother’s lap and given to her grandparents. The baby’s health began deteriorating since then and she succumbed to the fascist state’s monstrosity. The death of Nasino’s baby girl, followed by the denial of a decent funeral by Duterte’s regime, exemplify the state of affair of the Philippines.

During the funeral of Nasino’s baby girl, her mother hoped that this is the last ordeal for the people under the tyrant who is promoted by big foreign capital in their endeavour to plunder the resources and to use the Philippines as a war base against China. Duterte’s actions, which have killed numerous throughout the country and unleashed a barbaric terror on those who lean to the left side, aren’t condemned by the US, which pats its own back as an advocate of “freedom” and “human rights”. The US is a mute spectator, so is the boisterous European Union, as the Philippines is neither China nor a Russian satellite state. This, vis-à-vis the vitriol reserved for China, Cuba, Iran, Russia or Venezuela, shows how the American foreign policy, which is adapted by most market economies, is a crooked and hollow one.

What was the crime of Nasino’s baby girl? She was too young to even recognise herself, forget politics. But why Duterte’s regime killed her? The killing of infants and children not just provides sadist pleasure to fascist monsters like Duterte, but it helps fascism to score in the psychological warfare against its enemies. From Poland, the Soviet Union to Vietnam and Kashmir, from Palestine to the Philippines, the fascist forces have always killed children to strike terror and to emotionally cripple the parents and their near ones, to neutralise them from fighting again.

But such tactics, history proves, always fail to cow the people or subjugate them forever. For Duterte, the tactics of killing children, jailing, torturing and raping their mothers, or killing opponents indiscriminately, etc, are necessary to scare the communist rebels and other left-wing forces. But can that stop the people from revolting against his tyranny? They aren’t helping Duterte just like a series of clampdowns and draconian laws didn’t help him establish an unchallenged reign of terror in the Philippines.

In January 2018, the regime revoked the registration of a news website named Rappler for running critical stories against Duterte. In February 2020, Duterte’s regime asked the Supreme Court to shut down the largest television channel ABS-CBN. Then, in June 2020, Duterte’s regime passed an “anti-terrorism” law of draconian character that allows the police to arrest and detain anyone without charges for a long duration while giving leeway to the bureaucracy to suppress any form of dissent using an iron fist.

These actions have alienated people. The people of the Philippines have seen that what happened to Nasino’s baby girl can also happen to their children or grandchildren if the Duterte regime so desires. Therefore, they have started realising how dangerous it would be to allow him to continue his fascist rule with sheer impunity. Hence, resistance became popular in the Philippines and the very communists Duterte and his lackeys vilify, are now gaining immense popularity among the people.

In these circumstances, it’s not Nasino’s baby girl alone, but all children need justice; and the only thing that can bring that is the ouster of Duterte’s fascist regime to put him and his henchmen on trial for their crimes against humanity. The people’s struggle for a democratic, socialistic and free Philippines must intensify in the days to come to end Duterte’s tyranny before it ends them.