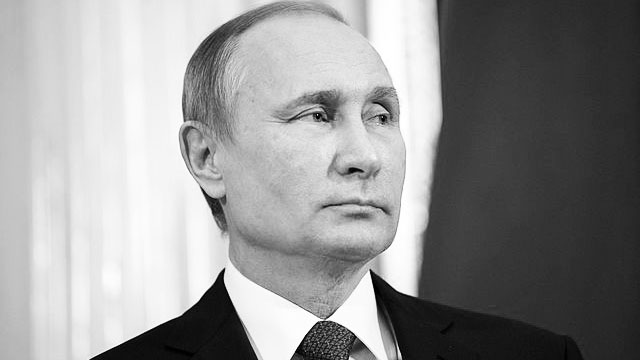 On Friday, November 6th 2020, a large number of Indian mainstream media outlets, owned by big foreign and domestic corporations, published a story that said Russian President Vladimir Putin has Parkinson’s disease and may step down early next year. The news caught immense traction, as many read it and reshared it on different social media platforms.

While this news saying Putin has Parkinson’s disease became a trending news story, the Russian press and Kremlin denied it and called it bogus. It was found that the western mainstream, corporate-controlled press first peddled the story from a source who is notorious for his bush telegraphs and conspiracy theories.

Russian state-run RT reported that a notorious political scientist Valery Solovey, who earlier stirred controversies by peddling baseless conspiracy theories, provided this information to the western press, who didn’t mind running it without even verifying the facts.

While western mainstream tabloids like The Sun, New York Post and the Daily Mail published the unverified story as part of their regular anti-Russia propaganda, the Indian mainstream press, especially those who sing paeans to Prime Minister Narendra Modi’s Hindutva fascist regime, shamelessly republished it, without caring to verify its authenticity.

As it’s said in Indian media, whatever comes from the western world is a Gospel’s truth, thus, these outlets never verify the stories. Similarly, ignoring its veracity, they too republished the lie that Putin has Parkinson’s disease and will retire in 2021 due to the pressure exerted by his 37-year-old girlfriend and daughters.

The age of the purported “girlfriend” has been published due to the patriarchal outlook of these houses as they seize the opportunity to mock the age difference between the duo. The Indian media houses republished with sensational headlines and a few ended with a line or two on Kremlin’s denial.

Modi’s servile media houses like Zee News, Times Now, Republic TV, published the news crediting The Sun as their source and named Solovey. They didn’t inform their readers that Solovey is infamous of being a conspiracy theory peddler and earlier claimed he’s a part of a super-powerful secret society.

Though no one takes Solovey seriously in Russia, the western mainstream press gets a lot of fodder for their Russophobic propaganda from nincompoops like him.

All of these media houses operate as the megaphone of Modi’s sclerotic Hindutva fascist regime. But there are a few, who try to sound neutral and objective in the narrative-setting exercise, despite playing the saffron tune. Yet such publications like Business Today, Hindustan Times and India Today, also republished this story without verification.

While Business Today gave one line to Dmitry Peskov, Putin’s spokesperson, who denied the story, and India Today just mentioned him stating that a new legislation in Russia that provides immunity to all former presidents for their actions when in the office is ubiquitous. But Hindustan Times didn’t even go anywhere close to that. Similarly, the Hindutva fascist mouthpiece Republic TV also didn’t mention the fact that Kremlin denied the news.

One of the reputed newspapers of India, Free Press Journal, also republished the story unequivocally, disseminating the same lie like other media houses. It shows the nadir that the mainstream press has stooped to in India, blurring the line between real journalism and republishing bush telegraphs from foreign outlets.

While this story isn’t the first fake news vended by the Indian mainstream press, it’s not going to be the last one either. The habit of plagiarising and publishing sensational stories like this may be ridiculed and criticised from the high moral ground of objective journalism, but in reality, this practice ends up aiding fascism in a big way and allows it to polarise people by vilifying or extolling characters or incidents according to its political purpose.

Even though the Russian press busted the fake news story that says Russian President Putin has Parkinson’s disease and may step down next year, the ripple effect of this lie will have long-term repercussions as many opinions will be shaped through such trinket narratives. People will remember this for a long time. Hence, to stop this juggernaut of lies, it’s vital to strengthen the people’s media movement and to establish the public-funded press, which can report facts objectively.