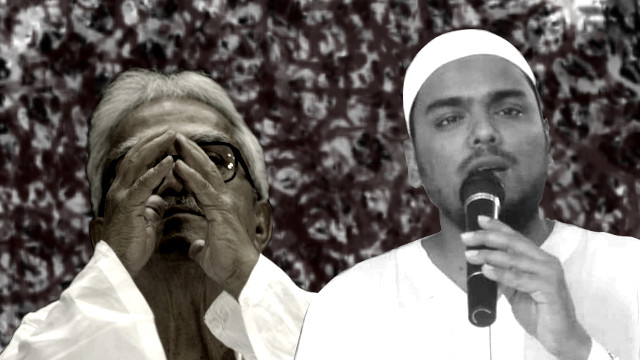 The social media is overflowing with the content posted by the so-called liberals, the Bengali upper-caste ‘Bhadralok’, criticising the electoral alliance between the Communist Party of India (Marxist) [CPI(M)] and Abbas Siddique’s Indian Secular Front (ISF) for the upcoming West Bengal Assembly elections. The alliance between the CPI(M)-led Left Front, which already has an alliance with the Congress party, and Abbas Siddique is called a suicidal one because in this one of the parties is purportedly a “Muslim” party, while the others are called “secular” in the popular political parlance. However, who decides which entity in India is secular, which one is communal and who poses a greater threat to West Bengal?

Abbas Siddique is the descendant of a revered ‘Peer’ Hazrat Abu Baqar Siddique, a Muslim mystique whose shrine Furfura Sharif has been a site of pilgrimage for the ‘Peerpanthi’ (non-Salafist) Muslims of West Bengal and neighbouring places. Despite being an influencer, Abbas never founded a political party of his own, until this time. Under the pretext of fighting the Bharatiya Janata Party (BJP) effectively, Siddique founded the ISF, bringing together a wide array of Dalit, tribal and Muslim organisations.

Time and again, Abbas Siddique has advocated the unity between the ostracised Bengali Dalits—especially the Namasudra Matua community— and oppressed people, the tribal communities and the Muslims to effectively combat the menace of communalism and divisive politics. However, the upper-caste Hindus, the elite and urban middle-class ‘Bhadralok Babus’ and, surprisingly, some so-called secularists and liberals are calling him fundamentalist and solely an ‘Islamist’ leader.

Abbas has supported the non-Muslim Bengali-speaking Dalit Matua community’s demand for unconditional citizenship. He has condemned Muslim majoritarian violence in neighbouring Bangladesh by asserting that the perpetrators of such crimes against non-Muslims can’t be called Muslims. Still, Abbas Siddique is a communal character!

Why can’t a Muslim wearing a skullcap and a traditional kurta-pyjama, sporting a beard, be acceptable as a mass leader in West Bengal? Will West Bengal, with a 27% Muslim population, accept a mass leader from the minority community? Unfortunately, the answer is a big no. Even in a state like West Bengal, which is considered as a politically-advanced and culturally-rich state, once ruled by the CPI(M)-led Left Front for 34 years, Islamophobia erupts and manifests strongly in each walk of life, under the ‘progressive’ veil.

Chief Minister Mamata Banerjee can do ‘puja’ (Hindu form of worship) of deities like Durga, Kali, etc, yet nobody calls her a Hindu leader or a Brahmin leader citing her caste roots. Rather, for Prime Minister Narendra Modi‘s BJP, which is trying to usurp power in West Bengal, Banerjee is a “Muslim appeaser” and is often called “Mumtaz Begum” to fan Islamophobia.

The former chief minister and the CPI(M) leader Buddhadeb Bhattacharya always wears a Dhoti and a kurta—a typical Bengali Bhadralok attire—and has Brahmin roots, but nobody in West Bengal calls him a Brahmin leader. Despite his reverence towards Hindu deities and his open declaration that he is a “Brahmin first, Bengali second and communist third”, no one labelled late CPI(M) leader Subhash Chakraborty a Brahmin leader either. But Abbas Siddique becomes a Muslim leader for wearing a skullcap, kurta-pyjama and for sporting a beard.

Islamophobia overlooks Siddique’s attempts to reach out to the non-Muslim poor and the oppressed. They ignore even when he names his outfit the Indian Secular Front. According to the mainstream press, he is communal, an Islamist and a bigot because he didn’t support the BJP. Here one may argue that the full name of Adolf Hitler’s Nazi party was National Socialist German Workers’ Party (Nationalsozialistische Deutsche Arbeiterpartei or NSDAP), so ISF may be a communal force too.

But drawing such an analogy by equating a mass murderer and mastermind behind a communal genocide with a powerless Muslim leader, with no significant fan-following, who controlled the state power. Is there any of Sidique’s hate speech available in the public domain? Is there any of his recordings asking for genocide!

Whether he may be called a misogynist or not is an altogether different discussion. In Indian politics, every parliamentary party (irrespective of the left, the right and the centre) is a misogynist in some way or another.

By branding Abbas solely as a Muslim leader and his newly formed ISF as a Muslim organisation, the Bhadralok has brought out the inherent prejudiced Islamophobia, hitherto hidden behind the sheen of so-called liberalism and secularism. They are, unfortunately, and unfortunately not unconsciously, toeing the lines of the Hindutva fascist BJP’s narrative regarding Abbas Siddique as a Muslim leader for the sake of Hindu-Muslim polarisation.

Siddique’s name came up for public discourse soon after the Left Front announced an alliance with the ISF. The upheaval intensified due to his presence on the stage of the CPI(M)-Congress mega rally at Kolkata’s brigade parade ground. Ironically, Siddique’s speech at the brigade parade ground no way matches the tonality of a religious bigot or a fundamentalist leader.

Rather than calling for a Hindu genocide, this purportedly ‘Islamist cleric’ of the mainstream media emphasised the upliftment of the marginalised people like the Matua community, the tribal people and the Muslims. The way the CPI(M)-led Left Front government was toppled by such communities over the fear of land aggression, can also be reused to vigorously stall the BJP’s chariot at the gateways of West Bengal.

His famous line “toshon noy, bhagidari chai” (don’t want appeasement, want sharing of resources and power) may be called a hallmark departure from the long politics of charity, where though each mainstream party has only to woo the minority communities (minority based on language, religion, caste), they never had to share the portion of development with these communities. The miserable condition of the Adivasis, Matuas, Rajbongshi people, Muslims are manifestations of this.

The Bhadralok Bengalis are wailing that the Left Front’s and Congress party’s alliance with the ISF will damage the prevailing secular political image of the CPI(M). Their political myopia didn’t do justice but revealed their allergy towards Muslims. What if the BJP manages to consolidate 60% of its captive “Hindu voters”? Why can’t a Muslim partner with the Left Front? Why many oppose him when not being a “left” Abbas is doing class politics by talking about the marginalised people?

The problem is that the Bengali Bhadralok babu culture is accustomed to a system where a man or a woman from the upper-caste lineage, will lead the mainstream parties, they will be sympathetic to the marginalised minorities and, when they come to power, they will induct one or two persons of the marginalised class as ministers (mainly minority affairs minister or Madrasah education minister, or a backward class minister), which is a mere act of tokenism.

Now when a man is calling for the unity of the marginalised classes and sections, then branding him and reducing him to his immediate identity is nothing but prejudice; it’s sheer Islamophobia of the so-called upper-caste privileged progressive liberals and secular babus.

Abbas Siddique has pulled them outside their cosy drawing room politics, from the “of the upper caste, for the upper caste and by the upper caste” domain of political orgasm. This indeed is an achievement of the marginalised that its privileged ‘allies’ are exposed now. Due to their alliance with the ISF, the fate of the CPI(M)-led Left Front-Congress alliance hangs precariously. On the one hand, this may irk the upper-caste, Brahminical vote bank of the CPI(M) and the Congress, while on the other hand, it may provide a comforting space to the oppressed Matuas, Muslims, tribal people, etc, for whom the left is supposed to struggle for.