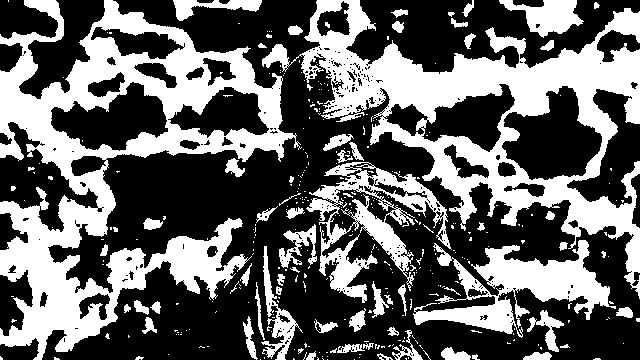 A sati is quite highly placed in the Hindu culture; she is considered as an ideal for the Indian women. A sati is such a wife who, due to her birth as a woman, commits herself to her husband with 100% loyalty and obeisance. Even when her husband dies, as a mark of her loyalty towards him the sati would also leave this world in the same funeral pyre. The arch-heads of the Brahminical society say that sati is great, sati is above any doubt. The sati is worshipped, she is garlanded, drums are played for her, the crowd cheers for her; the sati is then perched on the highest throne of respect. Amid this cacophony, the cry and screams of the woman who is burned alive become inaudible. Covered up behind this ceremony is the equation of dividing the property of the deceased.

When the industrial capitalists of Britain became powerful, replacing the merchant capitalists after the Industrial Revolution, they realised the need to do some cosmetic reformation of the Indian feudal culture to carry-out their exploitation using new methods. When Raja Rammohan Roy, the Indian face of this reform programme adopted by the British colonial rulers, started some campaigns against this practice of sati, then he faced vehement opposition for questioning Hindu culture and sati from one of the patriarchs of the Hindu society — Radhakanta Deb — who was another loyal British lackey. Rammohan Roy and other opponents of the sati practice were even physically assaulted.

According to historian Shekhar Bandopadhyay, though the practice of sati was earlier only prevalent among wealthy upper-caste elites, by the beginning of the British colonial rule this practice even epidemically spread among those at the bottom of the caste and class hierarchy as well. Following the footsteps of the upper-castes, even the lower-castes started burning the widows alive. While earlier the women of farmer households used to go out, however, following the traditions of the upper-castes, the farmers started locking up their women after forcing the veil on them.

It can be seen that almost all parliamentary political parties of India have accepted unconditionally that the military establishment can’t be questioned because the soldiers are sacrificing their lives for the country; the armed forces are above politics! The ruling dispensation has said that questioning their narrative means questioning the armed forces and those who are opponents of the ruling dispensation are therefore anti-military, thus they are anti-nationals! Using this equation, they have unleashed terror on those who have dared to question them. The opposition is giving a disclaimer after questioning the government that they aren’t questioning the military, though each student of social sciences will know that the modern era was founded on the basis of rationality rather than medieval unconditional religious faith, modern democracy teaches us that no institution is above the citizen and scientific temperament teaches us that nothing is beyond questioning.

Former and current military officials either become members of different political parties or make politically important statements. Like, after his retirement, general VK Singh became a BJP MP and minister in the Modi regime, or even during his service tenure, General Bipin Rawat has been overtly expressing his political loyalty. Though the common soldiers or paramilitary personnel don’t have such rights to showcase their opinion in India.

We all know that whether a war will happen, and if it happens then what will be its intensity — these all are political decisions and it’s the political leadership that takes the final call on these issues. War itself is the manifestation of the impossibility of resolving any political crisis peacefully in a class-divided society.

In such a society there can’t be anything like a “leader of the country” as all leaders are either leaders of the representatives or of the interest groups of some or other classes. Therefore, the military itself can’t be above politics. The soldiers have always acted as salaried employees in violent political campaigns throughout history. To meet their political goals both the exploiters and exploited have always used the soldiers either to aggress other’s territories or to defend themselves.

Amid the cacophony of military-worshipping and hallowing, the mental stress of the soldiers isolated from their families and the society, deprived of the legitimate rights of government employees and even from the right to have a normal and healthy working condition, get layered. Also, their regular humiliation at the hands of the military-bureaucracy, the prevalence of ragging culture in the name of seniority and discipline cast a darker shadow on the lives and minds of the soldiers.

A report of the Economic Times of 7 January 2019 says:

“In 2018 alone, as many as 80 Army personnel are believed to have committed suicide. This number is 16 for Air Force and 08 for the Navy, Minister of State (MoS) for Defence Subhash Bhamre told the Rajya Sabha in a written reply on Monday.

The paramilitary personnel are not in any better condition either. The paramilitary forces are used against the citizens of the country. More than 500,000 paramilitary forces are deployed by the Indian government to combat the Naxal movement. According to critics, the governments of different hues use these forces to fight against the common people of the country to serve the interests of the feudal classes, the giant mining corporations owned by foreign monopoly and finance capital, and their Indian comprador allies. More paramilitary soldiers kill themselves than being killed in combat, which shows that it’s not the so-called enemies, rather, it’s the system itself that is killing more paramilitary soldiers.

Going further back, the home ministry said 189 CRPF jawans have committed suicide since 2012 while 175 have been killed in action during the same period. The ministry also said that 529 Border Security Force personnel have taken their lives since 2001 while 491 have been killed on duty.’

The so-called “soldier lover” nationalists never ask that what’s that situation that leads the brave soldiers towards suicide? They don’t even care about the legitimate demands of the soldiers and paramilitary personnel. When the ex-servicemen were attacked by the central government’s police in Delhi during the movement on One Rank One Pension in 2015, then the “soldier lovers” weren’t found anywhere nearby supporting their demand. They behaved nonchalantly like nothing ever happened.

When any new weapon technology is invented then the imperialist powers sell-off their rickety old war technologies to the poor countries at a huge price and the politicians of these poor countries get an immense amount of commission in their coffers. These “soldier lovers” never question why one after another air force personnel or navy personnel are dying due to accidents. None of these soldiers is killed by those so-called enemies, rather, they are being killed by the corrupt nationalist politicians. The sole focus of these “soldier lovers” is on pushing the soldiers into the grotesque realm of barbaric violence called war.

The “soldier lovers” want to push the soldiers into such wars in which they, most of who belong to poor toiling classes or peasant families, have no interests. Rather, it’s the working class, peasantry and toiling people who are ought to suffer the most due to inflation caused by the war. When a soldier or a paramilitary jawan is working far away from their family, then it’s his father who commits suicide driven by debts and due to unavailability of a fair price for his crops in the market. Maybe his brother gets affected by tuberculosis working at less than minimum wages for more than 12 hours in any factory. Maybe his sister’s head is shaved and she is paraded all over the village for marrying a man of a different caste.

The soldiers or the paramilitary personnel are facing death so that after they are killed, some ministers, like that of a minister of the erstwhile Atal Bihari Vajpayee-led NDA government, can earn commission from the purchase of coffins to carry their corpse. They’re toiling so that big-ticket commissions enter into the coffers of corrupt ministers from the profiteering large global military-industrial complex that will benefit from contracts like Bofors or Rafale. They’re facing death because some political party can return to power riding on popular jingoistic fervour by using the dead bodies of soldiers.

Still, history shows that some soldiers have always fought on behalf of the people rather than a handful of individuals. Like in 1917 Russian Revolution or in 1949 Chinese Revolution, when the soldiers took the side of the majority of the people instead of a handful of rich; like in 1857 Sepoy Mutiny, when despite failing to win victory, the soldiers joined hands with the peasants of their own country. Also in 1946, when the Royal India Navy mutinied in Bombay, the air force supported them and the working class popularised it to turn it into an anti-British imperialist insurrection.

Therefore, today, the working class and the peasantry want their children working as soldiers return home safely, the country wants its soldiers to fight not on behalf of a handful of exploiters and oppressors, rather on behalf of the majority of the people against a handful of exploiters and oppressors for the sake of liberation and equality from exploitation and oppression. For that will be the step towards bringing real and ever-lasting peace in the world. And it’s always a soldier who knows the value of peace better than the so-called “soldier lovers” because the lives of the soldiers are on at the battlefront.