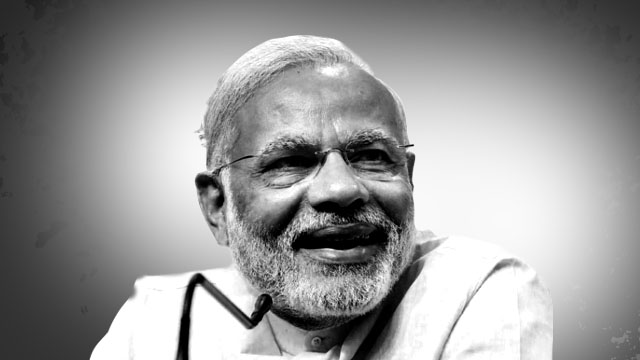 As 15th August, the much-celebrated Indian Independence Day is approaching, its quintessential can be seen clearly. On one hand is a regular heightening of security and checkings by the security forces throughout the country, especially in the metro cities like New Delhi, Mumbai and Bengaluru, which clearly bears an anti-Muslim signage as it says that it’s conducted against Muslim suspects who could carry out sabotage, while on the other hand, one can see how strongly the onus of proving their loyalty towards India is imposed on the minority Muslim community, who are viewed as pro-Pakistan by the Hindutva-infected media houses as well as the bigot state machinery.

While the story will continue more or less on the same lines this year too, the issue of Jammu & Kashmir, especially its forceful annexation by the ruling Hindutva fascist Bharatiya Janata Party (BJP) into India by scrapping of Article 370 and its bifurcation into two union territories, will fan new level of hyper-masculine Hindutva-incensed jingoistic fervour on the day, as well as intensify protests in the Kashmir valley, where the Kashmiris, unrelenting before the military might of New Delhi, will try to exhibit their opposition on the streets and demand Azadi (freedom).

New Delhi is decorated with colours every 15th August to superimpose the beauty of a free nation to ensure that the people believe that they are indeed free, despite them not being free in the true sense of the world. For Prime Minister Narendra Modi, the day is crucial too, as he will deliver a speech from the Red Fort, which was ironically built by the Mughals whom his Hindutva fascist ideology loathes extremely, and tell the people how good his government is in all fronts and how the annexation of Jammu & Kashmir by scrapping the essentials of its temporary merger with India will benefit the Kashmiris.

He will not talk about the Kashmiris raising the slogans of freedom from Indian colonisation, rather talk about how his government has checkmated Pakistan, which ironically profiteered due to India’s dishonouring of an agreement that was internationally accepted. Despite all tall talks about how great India is or has become under him, neither Modi nor his paternal organisation Rashtriya Swayamsevak Sangh (RSS) will clarify to the people why they have been allergic to the concept of freedom since the colonial era. Why the word freedom irks them? Why the demand for freedom triggers their panic button?

History and many historians have proved repeatedly how the RSS and the entire Hindutva fascist camp was a brainchild of the British imperialism to protect its hegemony over colonial India. Since its inception in 1925 as a separate paramilitary organisation than the more political outlet Hindu Mahasabha, the RSS has been instrumental in preserving imperialist domination over India by siding unapologetically with all reactionary imperialist powers, be it the British imperialism between 1925 to 1947, or the US imperialism-led international imperialist camp from 1950 onwards. It’s no wonder that the Independence Day that Modi is celebrating with full fanfare at the Red Fort by turning Delhi into a military fortress, got nothing to do with the RSS or the Hindu Mahasabha, from which the founder of the BJP’s precursor Bharatiya Jan Sangh — Shyama Prosad Mookerjee — came.

None of their men sacrificed anything for the sake of Indian independence during the colonial period but tried hard to ensure India never becomes free from imperialist domination because due to their class-caste position the RSS men always despise the idea of freedom and equality.

Ironically, the entire history of Indian Independence Movement is laced with the blood of the working class, the peasantry, who fought under different socialist or Marxist organisations, the Congress party and a large number of revolutionary terrorist organisations that struck panic across the hearts of the colonial rulers. In principle, the RSS, the BJP and Modi despise them all. The RSS and its minions are ideological enemies of Marxists, the Congress party and the revolutionaries who fought and died during the colonial era. The RSS not only betrayed them by siding with the British imperialism, but it also helped the British in identifying and persecuting the revolutionaries and civil activists of the Congress party.

One of the remarkable cases of RSS’s betrayal can be found in former prime minister late Atal Bihari Vajpayee’s story when he became a government approver against Quit India Movement activists. The cases of endless mercy petitions from VD Savarkar, the ideological father of Hindutva fascism, to the British government, where he offered his unconditional services to the British rulers, are already infamous and quite an inconvenient story that the RSS and the BJP want to cast into oblivion.

No wonder such leeches, such bootlickers of imperialism will continue with their anti-freedom and anti-democratic policies even now, especially when they have a thumping majority in the Indian parliament and a tight grip over all states from north to south. Freedom is now twisted and often stamped out as a negative, “anti-national” term. So, it’s quite predictable that the same Modi who will laud “freedom” from the Red Fort’s dais will, therefore, send more troops to Kashmir to crush the people’s demand for freedom from his tyranny, freedom from Hindutva fascist occupation and freedom from dehumanising colonial rule.

This is indeed a matter of prestige for the BJP and the RSS to celebrate Independence Day in Kashmir by clamping down on people’s freedom of expression, freedom of speech and freedom to assemble without weapons. The BJP will laud its celebration of Independence Day in the valley when the international mainstream media will show how the Modi regime tramples the Kashmiri people’s aspiration for freedom under its military jackboots. Celebrating freedom without any penchant for it is an extreme level of hypocrisy epitomised by the Sangh Parivar.

India remains a land of wonders, mysteries and, of course, irony. The fact that freedom in India is only reserved for the elite and the urban middle-class, who belong to the upper-caste Hindu society, can be found in the agony suffered by its brutalised, exploited and persecuted majority — the workers, peasants, toiling people — who mostly belong to Dalit, backward classes, tribal, Muslim and other minority communities. The freedom and independence that the rich and the urban middle-class from the privileged castes celebrate, has no existence in the lives of the poor and the exploited. Hence, the latter’s demand for freedom from exploitation, oppression and dehumanisation is identical with the Kashmiri’s demand for freedom from colonial occupation or the tribal people’s demand for freedom from the tyranny of big mining corporations.

Thus, India is now an epicentre of freedom struggles waged by different classes and social groups to assert their rights on the national resources and their own lives. It’s a complex web of struggles waged by the exploited, the oppressed, and the persecuted people against the core group of a handful of big comprador capitalists, feudal landlords, usurers and their agents, political and otherwise. This struggle is a freedom struggle; the real freedom struggle of the oppressed against the oppressors who enjoy the slice of freedom that India got at the stroke of midnight. The demand for freedom in broad daylight, which will neither come through any generosity of the colonial rulers nor will be centred among the haves, but the one that will be the freedom of the have-nots to rule and lead the society according to their vision and wish.

From Kashmir to Kanyakumari and far beyond, freedom is an inspirational and encouraging term. The leap from the reign of necessities to the reign of freedom is what people aspire for. Freedom is a state of being, a goal in itself that drives the political aspiration of the ruled, the exploited and the oppressed and it’s time that we look beyond the criminalisation of the term by the Sangh Parivar that tries to nib all thoughts of freedom in the bud’s stage. The Sangh Parivar and Modi may boast upon their present control over the state machinery and the absolute power they wield, however, they won’t be able to stall the wheel of history from moving forward, be it in Kashmir or anywhere else in the country. Alike Swaraj, freedom is the birthright of every human being and no toxic ideology, polarisation, vitriol or state terror can force the oppressed and exploited to give up the dream of freedom.

Being servile agents of colonisers and neo-colonisers themselves, the RSS or the Modi regime can’t fathom the power of people’s aspiration and desire to unshackle themselves from the bondage of exploitation and oppression. With time, under their repressive regime, the exploited and oppressed people from all over India will arise with the demand for freedom from hunger, poverty, feudal oppression, crony-comprador capitalist exploitation, corporate loot and plunder, caste system, communalism, Brahminical patriarchy, colonial expansionism, toxic masculine-nationalism and Hindutva fascism. It will be the beginning of the end of this gargantuan Hindutva fascist structure that Modi and his associates are building. It will be the beginning of a new dawn that millions have been aspiring to see.