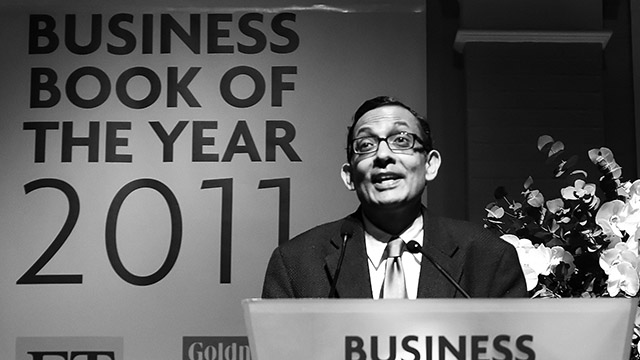 Abhijit Banerjee and Esther Duflo of the Massachusetts Institute of Technology (MIT) and Michael Kremer of Harvard University jointly won the Nobel Prize in Economic Sciences, 2019, for their experimental approach to alleviating global poverty.

When gloomy shadows of a severe economic slowdown, transforming into a marauding economic crisis, have darkened the sky of India, it’s worthy to watch how the news of Dr Banerjee, an Indian-origin American economist, who had earlier criticised Prime Minister Narendra Modi’s government and policies, winning Nobel Prize in Economic Sciences, is received in India.

Dr Banerjee happens to be the fifth Indian to win the prestigious Nobel Prize, which is given to those who strive to safeguard the interests and the structure of capitalism throughout the world. The others are Rabindranath Tagore (Literature, 1913), Dr CV Raman (Physics, 1930), Mother Teresa (Nobel Peace Prize, 1979), Dr Amartya Sen (Economic Sciences, 1998) and Kailash Satyarthi (Nobel Peace Prize, 2014).

Born to a Kolkata-based Bengali family of academicians in 1962, Banerjee did his schooling from Kolkata’s South Point School, his BA in Economics from the Presidency College (now University) in 1981, an MA from Jawaharlal Nehru University (JNU), Delhi, in 1983 and a PhD from MIT in 1988.

While the news of an ex-IITian, Sundar Pichai, becoming Google’s CEO had won a thunderous applause from the raucous sycophants of Modi, who celebrated it as an achievement of India, omitting the fact that Pichai studied in an IIT that was built by Jawaharlal Nehru, Modi’s bete noire, an alumnus of their much-despised JNU winning the Nobel Prize has caused discomfort to them. The news triggered a volley of fire against the new Nobel Laureate, alike his teacher Sen, who still remains at the receiving end of the Hindutva fascist camp’s vitriolic propaganda.

From character assassination to mud-slinging, from using coarse slanders to the vilification of the economist as a Ford agent or a Rothschild agent became social media galore. Unrelenting RSS volunteers and employees of the BJP’s IT Cell incessantly continues to fire salvo against the economist, without knowing the fact that his work and research are more about laboratory experiment on poverty for the sake of humanising capitalism like Sen had done. Forgetting that their bosses work for the same neo-liberal capitalist enterprise for which Banerjee is working.

While the “anti-Hindu” and “anti-national” leitmotif was used by the feral Hindutva supporters against Banerjee, the liberals and a section of the Indian parliamentary left opportunists joined a bandwagon to shield him and hail him. Bengali nationalists too got swayed by the news and joined the chorus to eulogise him for his Bengali roots.

The diabolic rage with which the minions of the RSS and BJP are attacking Banerjee for being an alumnus of JNU or for opposing the demonetisation drive is certainly despicable. It’s certainly an issue where the democratic forces must oppose the vitriol against Banerjee for his just criticism of the Modi regime. However, at the same time, an objective analysis of his work and the whole framework of the Nobel Prize in Economics, which was started at the behest of the Swedish Bank, is quite imperative to grasp the essence of the matter.

What’s the Nobel Prize in Economics?

This Nobel Prize in Economics honours incredible support to the capitalist economy by scholars and researchers. It honours work and research that provide a model of economics, which can make capitalism look more human and prevent its imminent collapse. Marxist economics and economists are never considered for the Nobel Prize as they don’t conform to the basic criteria of preserving the capitalist model.

Even Thomas Piketty, who clearly distinguish himself from the Marxist school of economists even after writing an incredible work Capital in the Twenty-first Century, couldn’t get a Nobel Prize for his emphasis on the term “inequality” that became a red code for the Nobel committee.

The legendary Sen, Banerjee and Duflo

Twenty-one years ago, Sen won the Nobel Prize in Economic Sciences for his contribution to welfare economics, where his model dealt with how both poverty and welfare can be measured. Sen has been a supporter of globalisation and liberalisation, albeit with a human face. He strongly supports the capitalist system and talks about a social-democratic approach in politics, which puts him at loggerheads with the advocates of fascism, who want to do away with the notion of welfare economy, a safety valve measure of the capitalist economic system, and replace it with populism and unapologetic corporate servility of the state.

Banerjee, along with his co-winner, colleague and spouse Duflo, researched into microeconomics models with a “leakage fixing approach”. Duflo strongly advocates that the economists must not chase the “big picture” and act as “plumbers” who are ought to fix leakages. Be it Banerjee, Duflo or Kremer, they all believe that the present system can be fixed like a plumber through random sampling and highly-controlled experiments to develop models. Their microeconomic models talk not about why the system isn’t working and what can be the alternative, rather, they use their random samples and controlled experiments to determine which are the projects that are not working, what are the lapses of the projects, how they should be organised or funded.

Their collective work, Poor Economics: A Radical Rethinking of the Way to Fight Global Poverty (Public Affairs, New York, 2011), talks about the lives of the poor and the choices they have. The outcome of Banerjee and Duflo’s work is their strong advocacy of interventions to help the poor survive. “The poor will still be poor, but they can be made better-off,” as Banerjee and Duflo wrote in 2012. They advocate intervention through direct benefit transfer, cash assistance and behavioural-change inducing policies and subventions. Before this, they have jointly worked on The Economic Lives of the Poor that researched into the spending habits and economic choices of the poor globally.

Even if one goes by Banerjee’s solutions for the Indian healthcare crisis, one will see how the emphasis is laid on training informal healthcare workers to provide public healthcare services to the poor. It will jeopardise the poor people’s health. It’s a goalpost-shifting exercise, which will save the government from its responsibility of improving public healthcare services and invest more money in medical research, education and infrastructure development.

The politics of supporting and opposing Banerjee, Duflo and their ilk

The Nyuntam Aay Yojana (NYAY), which was a proposed social welfare programme of the Congress party during the 2019 Lok Sabha election, was a brainchild of Banerjee. The NYAY scheme promised Rs 6,000 per month assistance to the poor families of India, ie, Rs 72,000 direct cash assistance with a total cost of Rs 3.6 trillion to the public exchequer. It’s a classic example of neo-developmental economics, which is trying to fix the monopoly-finance capital-ruled system, which entered a stage of cancerous crisis since 2008 onwards, the worst in the post-second world war phase.

For Marxists, who are cheering for Banerjee and Duflo, it’s imperative to analyse and understand the class angle of their economic theory and how it’s providing support to the failed capitalist system, to the monopoly-finance capital-ruled world order and preventing the scope of a revolutionary change by discombobulating the poor. The economics of the poor is actually poor economics that tends to safeguard the rich using the money of the poor through cleverly-programmed interventions, which would appear as social-welfare programmes.

If so-called Marxists cheer for development economics, then it’s clear they aren’t Marxists by any chance. If they cheer for someone with a Ford Foundation endorsement like Banerjee and Duflo or someone with a Rothschild connection like Sen, then they commit the worst form of political debauchery.

Those who are hooting for Banerjee due to his JNU roots, his alleged arrest for anti-government standpoint in the 1980s, his writings against the RSS and the BJP’s vendetta targeting his alma mater JNU, or his objections to the disastrous demonetisation policy, actually suffer from political myopia, as they confuse the untrammelled copse of conservative criticism as libertarianism. Banerjee doesn’t oppose the approach of the Indian state towards its people, especially the oppressed and exploited people, or its fascist character. He’s troubled by the crass nature of the RSS’s modus operandi, the coarse dialect of the Modi regime and how it’s unmasking Indian state’s exploitative character before the world. He suggests that the Indian state maintains its previous pseudo-secular, soft-Hindutva veil and stop exhibiting the fascist core to the global populace.

One must remember these lines from Banerjee’s column published by The Indian Express in 2017: “I miss the old RSS. I never liked their views, but I appreciated the sophistication of their position. When I first arrived in the United States, I would try to explain to my new friends the fact that the RSS did not want Muslims to convert since they were already, in effect, Hindus who practiced Islam. All they wanted, my RSS friends would tell me, was that the Muslims accepted that there was no escape.” (sic)

He also advocated for a “KPS Gill solution” for Kashmir, which essentially means the replication of the Punjab genocide in the valley, if only the bloodshed for three decades causing more than 100,000 lives, isn’t enough to traumatise the Kashmiri people.

Shielding such pro-massacre and pro-softcore Hindutva fascism economist and elevating him as an anti-Hindutva fascism warrior or calling his notorious capitalism-apologist poor economic theory a pro-poor economy is not just a political blunder, but also an insult to the real revolutionary economists, politicians, journalists and activists who are fighting the real struggle against Hindutva fascism and its masters — the big foreign monopoly-finance capital-owned corporations, Indian comprador capitalists, and feudal landlords — to build a new, people’s democratic and just society.

Nobel Prize for any category isn’t awarded to those who strive for the poor and fight for the best alternative for the poor — socialism — through a political struggle for power, rather, such people end up in the prisons of a fascist state or are killed. In the world of post-truth, a large section of the masses is vulnerable to campaigns designed to establish brands. Banerjee and Duflo are new in the bloc, awarded for their relentless effort to ensure that the poor can survive in an unequal world, with gross wealth inequality, to toil for the rich and help them fill their coffers with more blood money. A part of that money goes back to endowments and sponsorships to maintain hegemony on people’s thinking process.