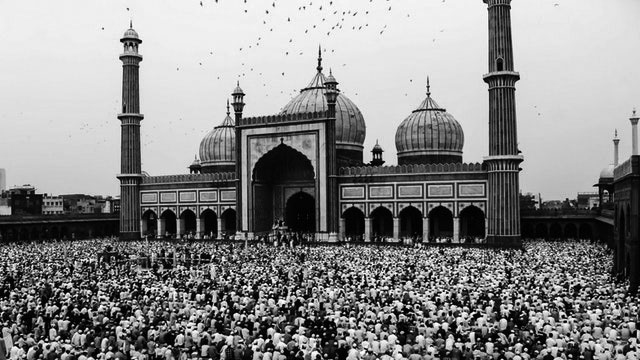 As India resists the divisive forces, protests across the country gaining momentum despite the widespread brutality unleashed on the citizens by the government, we see the dangerous trend of segregation and victimization of the minorities already underway. A distinct trend is clearly visible and it portends the future of this country and the dangerous possibility of the Bharatiya Janata Party (BJP) government using power to divide the nation as Muslims and non-Muslims. While an enlightened community puts up a stiff resistance, one the other side of this protest is the rapid Othering process beginning with the prime minister violating every rule in the book of secularism and announces publicly that protesters can be identified by the clothes they wear. The use of religious slur by several BJP leaders and the targeted attack on two institutions, Jamia Milia Islamia and Aligarh Muslim University are also part of this agenda.

Secularism was always a shroud, often a thin one, pulled over the divisive forces that remained like a silent sleeping monster. The mistrust and the hatred were, perhaps, etched deep, evolving out of the myths of national identities, later reinforced by the trauma of partition. The BJP leaders always used these latent feelings of the Hindus, as a collective, to their advantage and their second term in power sees the most toxic form of manipulation of power in the largest and perhaps the most unwieldy democracy of the world.

Has the government already achieved the devious plan of dividing the nation into Muslims and non-Muslims? Even as the nation is fighting a desperate battle to protect the values enshrined in the constitution, the polarization is happening at a deeper level, where conversations around the hatred against Muslims are a reality.  Muslims are targeted in the protest marches, in the looting by the police officers of the homes of Muslims, and in the number of deaths in police violence. The communal division is the agenda that the BJP has successfully carried on, even while the protest is going strong.

How has this agenda of polarisation and segregation successfully entered into our conversations? Is it limited only to the Muslim/non-Muslim binary?

1. A very basic premise on which nationhood is imagined has been compromised. Government has been employing legislative power to successfully differentiate between the land and its people, as in the case of Kashmir, where the people’s will is blatantly challenged by an arrogant display of power through the abrogation of Article 370.

2. The BJP government has split the nation, wide open, using the tool of citizenship, with the majority Hindus on one side and the majority among the minorities, the Muslims, on the other side. Even as a substantial section of the Hindu population has decided to protest against the Citizenship (Amendment) Act, 2019, or the CAA and the National Register of Citizens (NRC), the government has succeeded in laying bare the threads of hatred and distrust between these communities and made it possible to converse in the language of religious identities.

Despite the hundreds of peaceful protests held across the country, the government refuses to acknowledge them and of course, violence and police intervention happens mostly in the BJP-ruled states. In a report by The Wire.in, the massive presence of people in peaceful protests held everywhere in India is listed out, attempting to shatter the biased opinions and representations in the media and among people of Muslims being violent and ruthless.

3. Another category of victims is the poor who will get segregated from the rest, through the new legislation. A process of sifting and eliminating the poor out of the country, stripping them of citizenship, when the internal migrant population, majority of them being the rural peasant class, was 19% of the population in 2001, is already set in motion. This data, of course, is not accurate, as it is not possible to track these patterns in a country where the rural poor and often the urban poor remain outside the structures of legal documentation processes.

One needs to mention here the fact that migrant population from other countries is barely a concern that is burdening this country, with hardly 2% of the population being migrants, while more pressing concerns are cleanly swept under the carpet.

While the BJP government seeks desperately to redefine notions of nationhood on the foundations of an imagined past, an ethnic nationalist ethos which is regressive and dangerous and attempts at homogenisation, there is another India, protesting against this trend. With nationalism being a construct with no identifiable framework of ideology, the danger of defining it in regressive and exclusionary ways is always a possibility. Contemporary India has been witnessing this process in action and the CAA is merely another significant step in this direction. Into this politics of hatred and polarisation advocated by the BJP, we need more people who love their nation for the values it upholds, like the people who have been on the streets, on virtual spaces, fighting it out for the nation, for the values of liberty and freedom and the values enshrined in our constitution. They struggle to keep the ethos of a multicultural India, focusing on the individuals, as citizens, whose freedom and independence this nation will cherish and protect through the Constitution and similar provisions.

We require more secular spaces, to spread the awareness that this is not a cause to be fought by the Muslims alone, or for the underprivileged sections of our society. This is a cause we are compelled to fight for, for the India that empowers us to articulate our dissent, for the country that was held together despite its diversity and plurality. Destroying its identity as a multicultural entity will lead to the destruction of the nation, territories won will be a futile exercise if people of the land lose their identity and integrity as Indians. We need more conversations, more spaces, more people on the streets, to chant ‘Azaadi’ and to fight for upholding the principles carefully incorporated in our Constitution.

Swapna Gopinath is a Fulbright fellow at the Department of Art and Art History, University of Rochester, NY. She is an Associate Professor of English Literature from Kerala, India. She writes about India, its visual cultural practices and the politics of urban spaces.