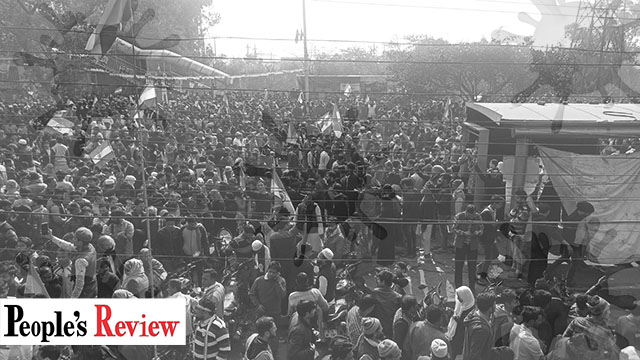 COVID-19, having been declared a pandemic, has emerged as a game-changer. Global flows have been disrupted, and economies will take a long time to recover from the impact. It is a stunned humanity that we see around us, the masked faces and the suspicious eyes, as well as the news that is aired through channels and shared on social media.

The fear is very real and immediate, the underlying panic has created a world that is willing to self-quarantine at the slightest provocation. The ease with which we gave up our privileges and rights over our bodies, our privacy, and our social lives, clearly indicate the level of fear the virus has generated among the public. We may not have seen such a worldwide phenomenon before, though we have had encounters with deadlier viruses in the past. It could be due to the highly contagious nature of the virus or due to the fact that it affects the globally mobile upper and upper-middle class along with the rest of the population. COVID-19 has pushed the pause button on our everyday lives, ushering in the possibility of a similar crisis in the future.

A globally connected world is also an increasingly vulnerable one, where endemics can quickly turn into pandemics and challenge the patterns and habits humans had carefully created and nurtured, hoping for order and stability in their lives.

As human civilisation attempts to control the spread of the virus, quarantining large sections of the population along with measures to enable and ensure social distancing, democracies also face challenges of an unprecedented kind. With right-wing groups assuming power in multiple democracies, we had been witnessing acts and instances of resistance across the world. Neoliberalism with its celebration of individualism had already challenged the power of collectives and communities and we had seen how ineffective they had proved to be, in the struggle to remain as democracies in countries like India. But people’s power still emerged formidable in various forms of everyday resistance.

India had been witnessing a strong protest movement unfolding in various parts of the country as a response to the discriminatory acts, the Citizenship (Amendment) Act, 2019 (CAA), National Population Register (NPR) and National Register of Citizens (NRC), intended to isolate and marginalise the Muslim population in India. The protest originating from Delhi and spreading across the nation had also resulted in widespread violence, triggered by the government, and spearheaded by mobs with the support of the police force, as was evident in several videos and witness statements. When Coronavirus spread across Asia and reached the shores of India, the resistance movement was getting reorganised, after the violent attacks on the protesters in Delhi. The highly contagious nature of the virus has demanded extreme measures to contain the spread, social distancing claimed to be the most effective among them.

Though Shaheen Bagh and several other protest sites are forcefully evicted using police force, and surprisingly, the murals on the wall of Jamia Millia Islamia along with other graffiti and artefacts erected to celebrate the national spirit of unity in resistance — including a replica of India Gate and the iron map of India — were demolished by the state without telling how they were spreading the virus, if not that of dissent, we still maintain the momentum of resistance against the CAA, NPR and NRC? Should we start thinking of alternative modes of resistance?

Democracies can remain vibrant only when dissent finds expression and at times when distancing oneself from collectives and remaining indoors becomes a necessity, one has to turn to other means of protest. Everyday resistance works in interesting ways. James C Scott in his work “The Weapons of the Weak” (1985) had observed the nature of these acts of resistance as unorganised and often symbolic. They can range from stone-pelting to cabbage walking as it happened in Kashmir in the last couple of years. Across the world, similar acts of dissent have remained as powerful expressions of courage and instincts of survival when confronted with powerful opponents like an oppressive state or a corporate giant.

Maybe, this is the time to use our social media and other online platforms in the most creative ways possible. Posters, designs, letters, the artwork of any kind can be used to spread the word. There could be more music-based videos circulated among friends and groups on Facebook and other platforms. Circulating online petitions in large numbers and spreading awareness about the cause can also help in this process. Online graffiti can be a popular and effective form to communicate with the millions of users of social media. Circulating newsletters or postcards might also be an effective means to maintain the momentum of protest, while we are forced to remain indoors and away from public places.

India needs the spirit of dissent to stay strong and thriving even as we are confined to our homes. Maybe,  it is the right time to explore creative alternatives to spread the values of democracy to our people.

Swapna Gopinath is a Fulbright fellow at the Department of Art and Art History, University of Rochester, NY. She is an Associate Professor of English Literature from Kerala, India. She writes about India, its visual cultural practices and the politics of urban spaces.