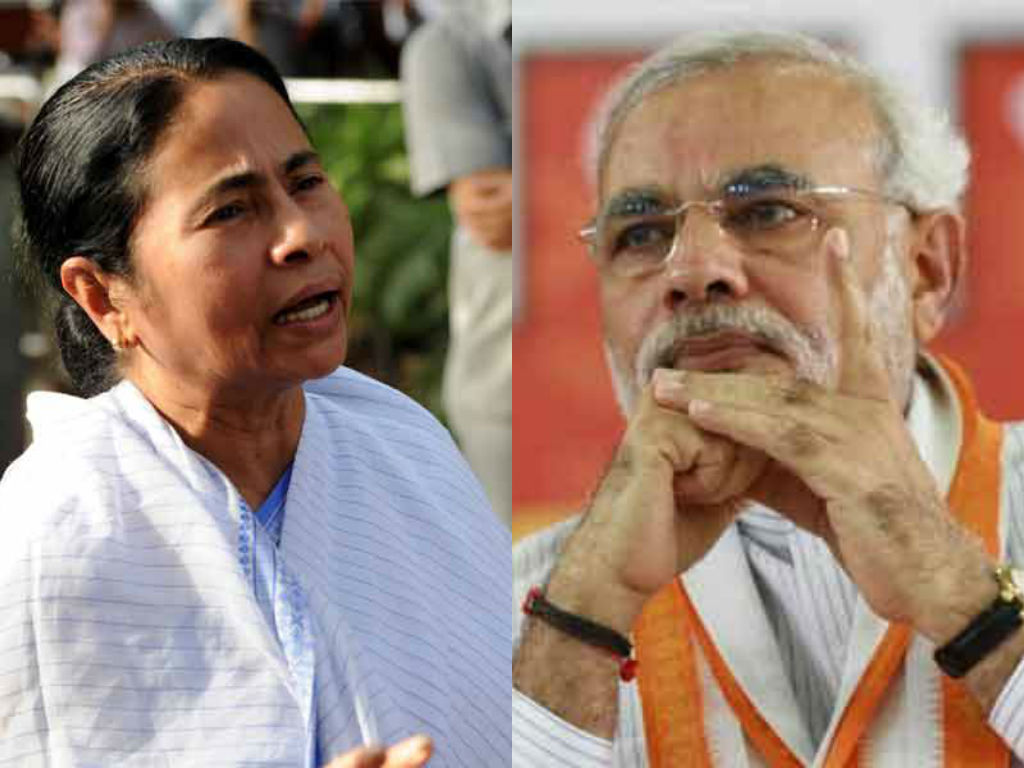 This article was first published in August 2015 in the previous version of People’s Review. Due to an incident of hacking the old website was pulled down and we could only restore the old articles in this section)

Through a 180 degree volte face of her earlier stated position of strong opposition to the Central Government led by the BJP-RSS combo with Narendra Modi at its helm, the West Bengal Chief Minister and her party, the Trinamool Congress, has decided to scale down its tone of criticism against the anti-people and pro corporate policies of the Modi regime.

Recently, the peasants of West Bengal, suffering due to the neo-liberal policies of the provincial government that is driving them towards total destitution, organised a rally to voice their protest under the leadership of different left parties, including the parliamentary left parties like the CPI, CPI (M), etc. Annoyed with the challenge thrown by the peasantry against its regime, the Mamata led government unleashed brutal repression upon the activists marching towards the state secretariat. Scores of left activists and peasants were injured during the police crackdown on the protestors.

The next day, Mamata Banerjee, while addressing the rally of her party’s student organisation, declared like an autocrat that she will suppress any incident of dissent against her government within “a minute”, whilst her left opposition dared her to implement such threats in practice. The threat was a shrouded warning to the forces fighting for the cause of the people, especially the workers and peasants.

The Mamata – Modi bonhomie, founded under the pressure of the big monopoly capital, which is looking for a consensus between these two right wing fascist organisations of the country, also found its reflection in Mamata’s declaration to strongly oppose the general strike called by the central trade unions against the anti-workers and anti people policies of the pro-corporate communal fascist regime of Modi.

Mamata has asked her party activists to forcefully thwart any attempt to observe strike by the working class in West Bengal, giving a moral boost to the big monopoly corporate capital, which was worried about the loss of profit due to the intensified labour struggle. This declaration of Mamata Banerjee provided a glimpse at the secret pact that is now worked out between the BJP and its erstwhile ally, Trinamool Congress. It is obvious that her followers, hoodlums intoxicated with the power and patronage of the ruling clique, will resort to relentless violence against the agitating forces opposing the policies of the central government’s anti worker, anti people policies.

The labour unions are not deterred by the declaration of Mamata to deploy her goons to disrupt the peaceful strike struggle against the pro-corporate policies of the Modi government. Rather this incident gave an opportunity to the forces fighting on behalf of the workers and peasants to expose the pro-BJP political alignment of Mamata, whose government was hold to ransom by the BJP regime using the Saradha scam as a weapon.

There is nothing new in Mamata’s friendship with the saffron fascist Sangh family outfits. During the late 1990’s, when Mamata Banerjee was trying to find a relevant political space in West Bengal and national politics after severing her ties with the parent party, Congress, she embraced the BJP as her ally, and helped the saffron forces to infiltrate deep inside the rural territories of Bengal, using her connections among the upper caste Hindu feudal lords. She became a minister in the Atal Bihari Vajpayee government, and until 2008, she was officially with the NDA, despite her swinging positions keeping in view the developments in West Bengal.

The opposition to Modi government came in the wake of her compulsion to save her minority vote bank among the Muslims of West Bengal, who form a sizeable portion of the population and can turn the electoral results. Following the Hindu polarisation campaign of the BJP, Mamata used the saffron fascist phobia to polarise the Muslim votes in her favour during the last general elections, and through her gimmicks to appease the community, without contributing anything towards the real development of the Muslims, Mamata won the support of the community with the help of fundamentalist and regressive Muslim clerics and imposed her own lieutenants to command the affairs of the Muslims.

However, one cannot forget her tenure as a central minister in the BJP led cabinet at the very period when the Muslims were facing the large scale government sponsored genocide in Gujarat during 2002. Even after the Gujarat Muslim genocide when Modi won the elections, Mamata sent her a bouquet congratulating his victory.

The compulsion to build up a massive resistance to the opportunist left government of Bengal, Mamata discarded her relationship with the saffron camp in public to woo the Muslims to support her at a time when her party’s fortune was hitting the bottom rock.

Though Mamata will align with the BJP and provide it with covert support, she will not let this affair to impact negatively on her vote bank. Hence, she will keep murmuring phrases of secularism to conceal her Brahminist fascist outlook, which conforms to the RSS ideology, the organisation which she once called ‘patriotic’. Despite such cleverly engineered moves her actions against the workers, peasants, poor in favour of the big monopoly capital, following the footsteps of the Modi government, will lead her towards total political- bankruptcy and in the near future the poor people of Bengal, especially the Muslim community, deceived by her gimmicks and stunts, will be able to see her true colours and will discard her government the similar way they had overthrown the socio-fascist opportunist parliamentary left front government years back.