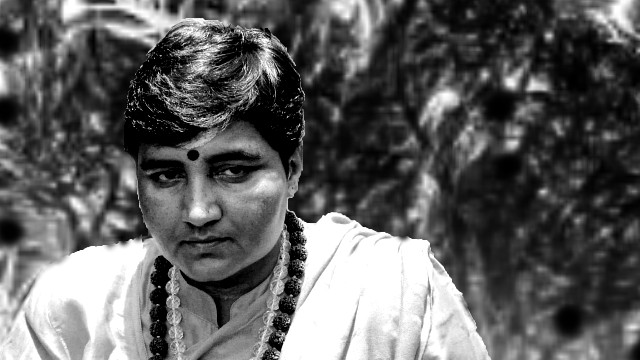 After Sadhvi Pragya Thakur, the Member of Parliament (MP) of Prime Minister Narendra Modi’s ruling Bharatiya Janata Party (BJP), got nominated to the Parliamentary panel on defence headed by Defence Minister Rajnath Singh, a nationwide furore was created, which gave a chance to the disarrayed and fractured opposition to accuse the government of pursuing an obnoxious agenda. Thakur is an accused in the Malegaon blast case and is booked under the draconian Unlawful Activities (Prevention) Act or the UAPA and earlier under Maharashtra Control of Organised Crime Act (MCOCA). She is the first terrorism-accused to be elected in India and also the first one to be in a crucial panel related to national security.

The nomination of Thakur by the BJP exposed a heinous scheme of the Hindutva fascist camp that aims at glorifying Hindutva terror. It also revealed how hollow is Prime Minister Modi’s claim that he would never forgive Thakur for praising Nathuram Godse, the first Hindutva fascist terrorist of post-colonial India who killed Mohandas Karamchand Gandhi, as a patriot during the Lok Sabha election campaign. She also made derogatory remarks on former Maharashtra Anti-Terrorism Squad (ATS) chief Hemant Karkare, who was mysteriously killed during the 26/11 attack on Mumbai in 2008. Her assertion that Karkare was killed because she cursed him also became a controversial topic during the election.

As no one can get any plum position or nomination in any crucial parliamentary panels without Modi’s consent, it’s quite clear that the claim by Modi that he was angry on Sadhvi Pragya was a sheer lie used to hoodwink the masses during the election. Ironically, it was Modi who vociferously supported Thakur’s candidature from Bhopal. “They defamed a 5000-old culture that believes in Vasudhaiv Kutumbakam. They called them terrorists. To answer them all, this is a symbol and it will cost Congress,” Modi had said during the election campaigning to support her candidature. Thakur defeated the Congress candidate and former Madhya Pradesh chief minister Digvijaya Singh in the 2019 Lok Sabha election by winning 866,482 votes or 61.54% of the total votes from Bhopal.

There is no rule carved on the stone that when you get angry on someone for some disparaging remarks then you can’t get along again in the future. However, there must be some visible catalysts that would change your approach towards them who once had hurt you. If the case isn’t so, then it’s evident that both your anger and getting back are calculated, theatrical actions done with an intention to hoodwink a target audience and earn some brownie points. This is the case with Prime Minister Modi vis-a-vis Thakur.

Modi’s displeasure during the election period waned gradually once he returned to power and, it seems, with this posh promotion, that Thakur is all set to gain political aggrandizement in the near future. Modi’s blessings showered on her are going to elevate her status within the Hindutva fascist eco-system. Alike Thakur, the BJP and Modi earlier elevated Hindutva fascist rabble-rouser Yogi Adityanath, who was made the chief minister of politically-crucial Uttar Pradesh; other such feral apparatchiks are also promoted from time to time. Elevation of bigots to crucial roles and using communal polarisation to divide the people are time-tested strategies of the BJP and the RSS to reap political benefits.

The glorification of Godse over Gandhi was never a taboo for the RSS or the BJP. They have categorically hailed Godse since he shot the Congress leader. No wonder, the Modi regime is eager to accolade a Bharat Ratna — the highest civilian award of India — to VD Savarkar, the founder of the Hindutva fascist ideology and a co-accused in the Gandhi assassination case who narrowly escaped the gallows using loopholes of the law and secret support from the Congress party. With people like Thakur placed at crucial positions, Savarkar’s dream of a Brahminical theocratic state — Hindu Rashtra — seems to be closer to realisation than ever.

Since ascending to power in 2014, the Modi regime weakened the charges against Thakur and her accomplices. None else but the National Investigation Agency (NIA) forced Rohini Salian, the public prosecutor of the crucial case, to dilute the charges. When she refused, she was dropped from the case. Over the years, the Malegaon blast and other cases got weakened due to the NIA’s reluctance to prosecute the accused. Unsurprisingly, most of the charges, including MCOCA, were dropped, and even after being booked under the UAPA, Thakur easily got bail from the court citing breast cancer, while those falsely accused by the Modi regime of being Urban Naxals, continue to languish behind the bars for more than a year.

This elevation of Thakur to an important panel and the volte-face by Modi clearly show that the future of Indian politics is quite dark and murky. The threat of an imminent Hindu Rashtra and Brahminical tyrannical rule is looming large on the people’s lives. The presence of a terror accused in the defence panel will seriously jeopardise Indian sovereignty and security. It’s not merely about the person who got nominated, it’s about the system that allows bigots, fanatics, rabble-rousers and terrorists to enter the parliament, draft laws and also stay in crucial committees related to national security. The BJP and Prime Minister Modi showed that they care a lemon about the country by nominating Thakur. In such a situation, only people’s struggle against the Hindutva fascist empire can become the only respite from the ordeal that’s unleashed. The faster, the stronger and the larger the struggle gets, the more chances are there that the people will be able to defeat the Hindutva fascist monster and its appendages like Thakur and her ilk.