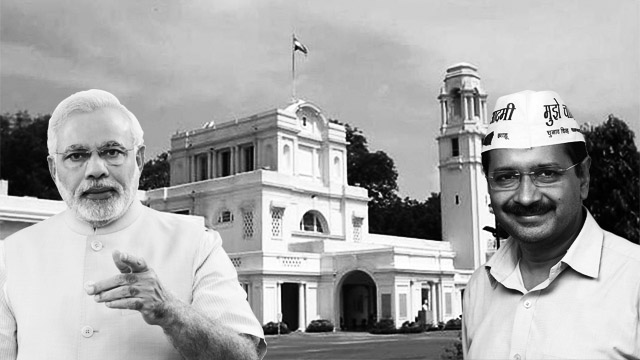 Exit poll findings started pouring in as soon as polling ended for the Delhi Assembly election 2020. Almost all exit polls have predicted a comfortable victory for Arvind Kejriwal’s incumbent centre-right Aam Aadmi Party (AAP). The Bharatiya Janata Party (BJP), which rules the city defacto through the Delhi Police and the lieutenant governor, is still falling back and is going to get anything between 14 to 21 seats in the house of 70, according to all major exit poll surveys.

According to the India Today-Axis exit poll, the highest tally the AAP can reach in Delhi Assembly election 2020 is 68 seats, one more than its 2015 tally of 67, while its worst-case prediction shows the AAP winning 59 seats, eight less than last time. Times Now-IPSOS exit poll predicts the lowest tally for the AAP at the lowest side, which is 44, giving the party eight more than the majority mark of 36 seats.

None of the exit poll surveys showed any hope for the Congress party, which, after cutting into the AAP’s anti-BJP votes, can maximum go up to four seats as per ABP-CVoter. The BJP’s maximum tally could be 26 according to the Times Now-IPSOS exit poll survey. The party won three seats in the Delhi Assembly election 2015. Anything above it is a major political gain for the BJP in the Delhi Assembly and a loss of Kejriwal’s political hegemony.

There are many instances in the past that have shown the fallibility of the exit polls, yet television channels, except a few, never give up the practice of conducting them. The forecasts, however, help the parties like BJP, which have a lot of ill-gotten wealth in the coffer, to commence a poaching exercise of vulnerable candidates from the beginning to ensure it can form a government. The unreliability of the exit polls lies in the fact that the silent voters can really bring unpredictable disruption in equations. In Delhi, the number of silent voters has always been high, which makes exit poll survey results unreliable.

The AAP got 54.34% votes and the BJP got 32.19% votes in the Delhi Assembly election 2015, which changed drastically in the 2019 Lok Sabha election. In the 2019 Lok Sabha election, the AAP won only 18.2% votes, trailing at the third place, while the BJP managed to secure 56.86% votes. The Congress cut through the anti-BJP votes and garnered 22.63% votes. There are fewer chances of a large swing of the Congress votes to the AAP or vice versa, and the only way Kejriwal can stay ahead is by poaching the BJP’s 56.86% to reach a comfortable position. However, the menace of Hindutva fascism can flush out his dreams.

If the “Modi factor” is given credit for such a drastic swing between Delhi assembly election 2015 and the 2019 Lok Sabha election, then it’s clear that the Hindutva fascism-driven vitriolic campaign can bring forth a great change in the voting pattern of Delhi in 2020 as well, as the majority of voters — the elites and middle class — belong to the upper-caste Hindu society, while the majority of poor workers and urban poor, from the marginalised communities and castes, are migrants, whose minuscule percentage are Delhi voters. The 12.78% Muslims of Delhi are distributed in three to four major constituencies, with limited impact outside them. Most of the Bahujan votes of Dalits, tribals and backward castes are scattered or have been polarised under the Hindutva banner.

While the exit polls of Delhi Assembly election 2020 are projecting a clear victory for the AAP, it must not be forgotten that the upper-caste Islamophobic elites and urban middle class loathe the Muslims more than before and the pattern of their voting in Delhi during the 2019 Lok Sabha election prove that they will rally behind the BJP if the Islamophobic vitriol in the air gets high. The flocking of all major Hindutva fascist leaders of the BJP, from Prime Minister Narendra Modi to Home Minister Amit Shah and Uttar Pradesh Chief Minister Yogi Adityanath, to defeat the AAP in a small and insignificant state like Delhi shows that the BJP is frantically trying to win the election as it’s trying to establish Hindutva as the dominating theme for elections throughout India. If something can make the exit poll results of Delhi Assembly election 2020 wrong, then it will be the permeating of the Hindutva fascist propaganda deep inside the skin of Delhi’s upper-caste Hindu elite and middle class voters.

The BJP used Islamophobic vitriol in the Delhi assembly election, especially by targeting the protesters of Shaheen Bagh and elsewhere because there’s absolutely nothing in the so-called “development” discourse where it could cause ignominy for Kejriwal and the AAP. The BJP knows that if Kejriwal wins using his “education and healthcare” narrative, then it will mean that people won’t budge to communal vitriol in assembly elections, which is the only method through which the saffron camp wants to win the forthcoming Bihar Assembly election, followed by assembly elections in Assam, Kerala, Tamil Nadu and West Bengal in 2021.

If Hindutva fascist discourse, the vilification of Muslims and Islamophobia can help the BJP to sweep the Delhi Assembly election 2020, then it will mean Modi shouldn’t bother about unemployment, agricultural crisis, farmers’ suicide, etc, during the forthcoming polls and no political party can perform in India if they don’t adore Hindutva fascism unapologetically. It will bring a tectonic shift in election propaganda, which will force most political parties to showcase their “Hindu” self to win support.

Whether the BJP will win the Delhi Assembly election 2020 can be known on 11 February. Any dependence on the exit polls can cause confusion or create unrealistic expectations. The Islamophobic, right-wing AAP is as much an enemy of the people as is the BJP or the Congress. What the people of Delhi — the poor, the toiling masses, the working class — need is not a choice between different sections of the right-wing, rather a real people’s alternative, which can fight for the cause of the poor, the working class and other oppressed people. As Delhi Assembly election 2020 isn’t an indicator of people’s struggle against Hindutva fascism because even the AAP’s victory against the BJP in the polls can’t be called a victory of secularism against communalism, similarly, the predictions of the exit poll results of Delhi Assembly election 2020 won’t gauge the real public sentiments at the grassroots.