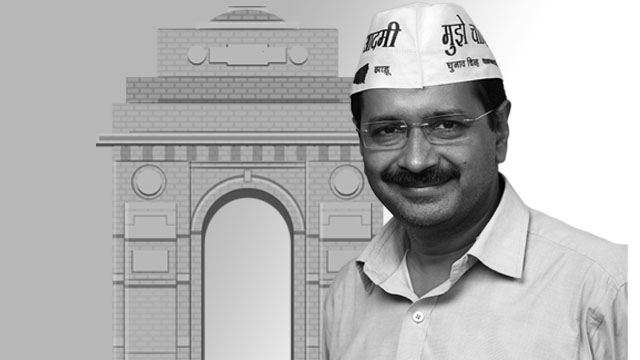 The sweeping victory of the incumbent Aam Aadmi Party (AAP) in the Delhi Assembly election 2020 caused a severe ignominy to the Bharatiya Janata Party (BJP) of Prime Minister Narendra Modi and his deputy, Amit Shah. Despite running the most vitriolic and polarising campaign, laced with extreme communal hatred, the BJP could merely increase its tally from three seats in 2015 to eight seats in 2020.

In comparison to the 2019 Lok Sabha election, the AAP has significantly improved its performance, which most political pundits are accrediting to the narrative on which the elections are fought. While the 2019 Lok Sabha election was fought solely projecting Modi as a brand ambassador of Hindu nationalism, the Delhi Assembly election 2020 was fought on the narrative of development — on the issues of electricity, healthcare and education. The BJP gained 56.86% votes in the 2019 Lok Sabha elections, sweeping all seven seats in Delhi. The Congress won 22.63% votes in the same election, while the AAP was a distant third with merely 18.2% votes. The fall of the BJP in Delhi Assembly election 2020 is also blamed on excessive hate-mongering, its dependence on Islamophobia and its attempt to strongly polarise the Hindu society, including the Bahujans.

There is no sign that the BJP will drop its core Hindutva rhetoric after its Delhi Assembly election 2020 drubbing. The Modi regime is surviving on the pillars of communal polarization, jingoism, obeisance of the judiciary and executive, along with shameless servility displayed by the mainstream press that’s scared to ask questions. The Modi regime and the BJP can’t play on the development card, as there is none. The economy of India is in tatters and the national resources, including the public sector undertakings, are sold to big corporations to meet the government’s revenue deficit. Money is also borrowed from foreign institutions to run the business of the day.

Under Modi’s rule, unemployment not only rose to a four-decade-high, a large number of employed people either got jobless or saw a significant drop in their real wages due to spiralling inflation, especially food inflation. The total chaos that’s reigning in the economic front due to the Modi regime’s total servility towards a handful of big crony-comprador capitalists, made the BJP omit the issue of the economy from any electoral discourse and it only spoke about Pakistan, Shaheen Bagh and biryani purportedly served by AAP’s Arvind Kejriwal and Congress party’s Rahul Gandhi, throughout the Delhi Assembly election 2020 campaign phase.

Kejriwal played no role in the mass movements started by the Pasmanda Muslim women against Modi’s agenda of implementing a National Register of Citizens (NRC) through a National Population Register (NPR) exercise, and the contentious Citizenship (Amendment) Act, 2019 (CAA). He didn’t stand by the Jamia Millia Islamia students who faced the brutal violence by the Delhi Police on 15 December 2019 while protesting against CAA, NPR and NRC; Kejriwal or the AAP leaders didn’t support the Shaheen Bagh women in their unprecedented peaceful sit-in protest against CAA, NPR and NRC for two months. Rather, Kejriwal claimed he could’ve evicted these women with brute force “within two hours” if he had Delhi Police under him. Neither Kejriwal nor the AAP leaders went to save the Jawaharlal Nehru University when feral Hindutva-incensed thugs attacked the students inside the campus.

The AAP and Kejriwal deliberately maintained such a shady position on crucial issues during the campaigning over Delhi Assembly election 2020, as there was a compulsion to exhibit itself as a right-wing populist organisation with no special knack for the cause of democracy, secularism and dissent. Rather than subscribing to secularism, Kejriwal played the soft-Hindutva card efficiently to woo the hardcore upper-caste Hindu voters of the BJP. Kejriwal’s sole focus on propagating the AAP government’s highly-acclaimed success in education, power supply and health happened due to the consultation of Prashant Kishor, his poll strategist. He didn’t attack the prime minister or the BJP, rather wooed the saffron camp’s members. The team of Kishor worked closely to change the narrative surrounding the AAP government’s performance by feeding positive stories around its success in some chosen areas. The amplification of these achievements at the grassroots helped the AAP to sweep the Delhi Assembly election 2020, leaving the hate-mongering BJP bedazzled.

With the victory of the AAP in the Delhi Assembly election, there will be a ripple effect in Bihar, which is next in line, followed by Assam, Kerala, Tamil Nadu and West Bengal, the four states that will go to polls in 2021. Can the BJP retain its power in Bihar after Nitish Kumar losing his “clean” image due to his past somersault? Can the Congress party and the Rashtriya Janata Dal (RJD) unitedly fight against the BJP by combining all anti-BJP forces? If they can, then they will have a grand chance to defeat the BJP in the polls. Whether the Delhi Assembly election 2020 results will impact the anti-BJP tirade of the RJD, Congress and West Bengal Chief Minister Mamata Banerjee, whose crisis-ridden government has also roped in Kishor for 2021 poll campaigns, will be seen in the days to come. However, if there is one big takeaway from the Delhi Assembly election 2020 results, then it’s the importance of not allowing the splitting of anti-BJP votes at all.