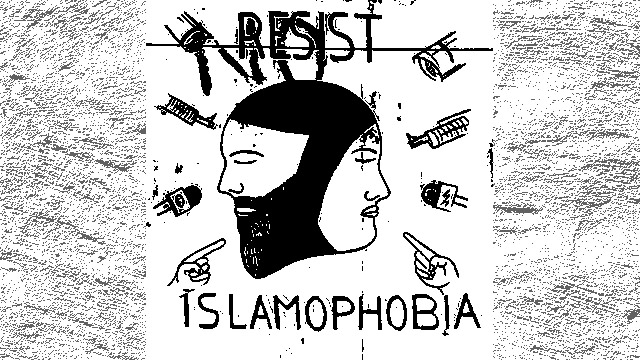 The fiasco over the congregation Tablighi Jamaat group’s congregation at Delhi’s Nizamuddin Markaz from March 13th to March 15th 2020, has taken the Islamophobic diatribe to a new level in the midst of the Coronavirus (COVID-19) outbreak. Citing the cranky behaviour and nonchalant attitude of the Tablighi Jamaat members towards the COVID-19 threat, the entire Muslim community is vilified in a discourse that’s peddled by the ruling Bharatiya Janata Party (BJP). Moreover, it’s not merely the BJP and its boisterous army of hired thugs who are spewing venom against the Muslim community, but for the first time, the Indian state has officially joined the bandwagon to demolish the Muslim community using Islamophobia.

From Prime Minister Narendra Modi’s senior cabinet ministers to the president, Ramnath Kovind, from Uttar Pradesh Chief Minister Yogi Adityanath, to the police and healthcare officials of Ghaziabad and BJP-ruled Madhya Pradesh, no one is leaving a stone unturned to vilify and demonise the Muslims, by using the Tablighi Jamaat as a Trojan horse.

Delhi Chief Minister Arvind Kejriwal directed the Delhi Police – controlled by Modi’s close-aide and Union Home Minister Amit Shah – to file an FIR against the administrators of Markaz Nizamuddin, the global headquarters of the Tablighi Jamaat, for violating the government’s restrictions regarding large assembly. For this FIR, Kejriwal is earning kudos from his upper-caste Hindu voters in the city. Kejriwal didn’t show the same courage when it came to filing FIRs against the perpetrators of the Delhi anti-Muslim pogrom that took place from February 24th to February 27th 2020.

President Kovind, blamed the Tablighi Jamaat sect, along with the migrant workers on a long exodus to their native villages due to the grim economic condition the 21-day lockdown has brought to their lives, for the spread of COVID-19 infection in India. Unsurprisingly, the head of state didn’t utter a word over the callous attitude shown by the elites and the urban upper-middle class people, who imported the COVID-19 infection at the very first place. The president, despite being a staunch Rashtriya Swayamsevak Sangh (RSS) – the parent body of the BJP –  man, hitherto during his term, didn’t explicitly exhibit bigotry. Kovind condemning the Tablighi Jamaat and criticising the hapless poor proved that very soon the Indian state will officially embrace saffron as its shade and bigotry as its religion.

Apart from Kovind, Adityanath and his media advisor Shalabh Mani Tripathi, a staunch RSS supporter, didn’t shy to peddle Islamophobia officially. After Modi’s lapdog media outlet ANI published a ribald, one-sided story basing on a shady police complaint against ten Tablighi Jamaat members by NK Gupta, chief medical superintendent of Ghaziabad-based MMG Hospital, accusing them of not following quarantine and misbehaving with the nurses by resorting to sexual innuendos, playing obscene songs and lewd activities – activities that aren’t quintessential for any Tablighi Jamaat member –  without producing any evidence for the same, Adityanath and his coterie started spewing Islamophobic venom.

Speaking to the press on his decision to book the ten under the draconian National Security Act (NSA), which allows detention without a trial or access to a lawyer for 12 months, Adityanath said: “These people will neither follow the law nor accept government orders. What they have done against female health workers is a serious crime. We are charging them under the NSA. We will not let them go easily.” His “these people” tagging went against the entire Muslim community, which was later amplified by Tripathi through a series of tweets. Tripathi’s tweets gave issued threats of physical torture and ridiculed the Muslim community.

In BJP-ruled Madhya Pradesh, four Muslim men are booked under NSA for attacking a medical team at Tatpatti Bakal, Indore, where a COVID-19 patient died. The violence was triggered allegedly by a fake WhatsApp video circulated by some unscrupulous elements that blamed doctors of injecting the virus under the pretence of blood testing. The attack has no link with the Tablighi Jamaat, however, the sect was blamed for it.

After the RSS and the BJP  made Muslim-bashing over the COVID-19 outbreak in India viral, it was the US government that took cognisance of the offence. Samuel Brownback, the ambassador at large for the state department’s international religious freedom, criticised the attempt to blame a community for the COVID-19 outbreak. It became hard for the BJP leadership to carry on the tirade with utmost impunity after their masters expressed dismay, fearing a popular backlash. The party president, JP Nadda, called upon the party workers and leaders to desist from blaming the Muslim community for COVID-19; however, it was too late to retain the bloodthirsty wolves unleashed by the party.

Television anchors, celebrities, toady journalists of the regime and even police officers and government officials joined the cacophony to revile the Tablighi Jamaat and, through them, the entire Muslim community. The state’s direct involvement and naked Hindutva fascist hate-mongering not only is an attempt by the ruling classes to assert brahminical supremacy to consolidate their rule through Modi’s tyranny, but it’s also an attempt to hide the Modi regime’s failures in handling the pandemic and in preventing the unprecedented migrant workers’ exodus out of sheer poverty.

The RSS and the BJP are reaping rich yield by communalising COVID-19 outbreak and despite Brownback and Nadda stopping them, it seems no BJP leader or chief ministers like Adityanath, along with their sycophants, can give away such a goose that lays golden eggs for them. Using the Tablighi Jamaat as a subterfuge, both Modi and the entire RSS-led Hindutva fascist camp can hide their failures in containing the massive growth of the COVID-19 infection.

They will cover-up the reluctance shown in late February and early March when the virus was spread in India by the rich, the elites and urban upper-middle class people who returned from foreign locations carrying the virus. The Modi regime’s lacklustre attitude in screening, quarantining and treating the suspects, its failure in augmenting the resources to upgrade India’s public healthcare to not only meet exigencies but to also provide proactive and preventive healthcare to the vulnerable masses and its inability to prevent the COVID-19 outbreak from reaching the community transmission stage are now masked by the propaganda against the Tablighi Jamaat sect.

The Tablighi Jamaat is one of the most regressive Islamic groups and most of its followers hold extreme reactionary views regarding science and medicine due to their blind allegiance to the doctrine. Though its reactionary outlook and its problematic version of Islam create barriers for modern medicine, the usage of violence or repression will only force them to cocoon and it will be hard to trace them forever.

It’s evident that the Tablighi Jamaat is now a scapegoat to save Modi’s failures and the entire Muslim community is supposed to pay the price for the deed of a few thousand members of the sect. Using the optics of the Tablighi Jamaat flouting the restrictions on gatherings during its congregation, the Indian rightwing and its pet media will keep abusing the Muslims even in the days to come.

But the BJP and Modi’s puppets shouldn’t be allowed to continue maligning the Muslim community by blaming it for the Tablighi Jamaat fiasco and inciting the Hindu majoritarian fascists to attack the minority in different places. Such provocation will add to the woes of the Muslim community, which has been inflicted with severe injuries since 2014. There is a dire need to build up a mass awareness campaign against the vilification of Tablighi Jamaat members and Islamophobia over the COVID-19 outbreak by the Modi regime and the BJP, and without resorting to whataboutery, the common people should be made aware that the real culprit behind the incessant multiplication of COVID-19 infection in India is the Modi regime, which conveniently overlooked the necessity of developing the public healthcare system to accommodate any major epidemic outbreak. It’s only when the people will know that they will act and their actions will transform the country.