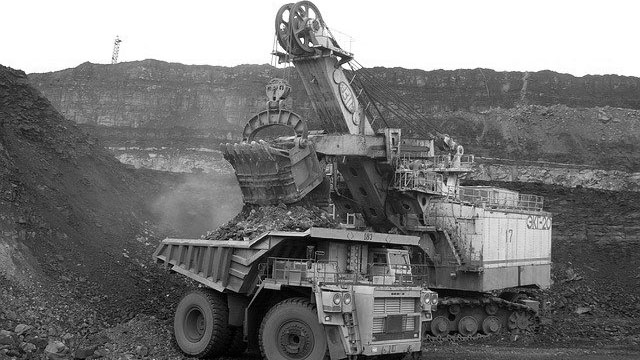 Amid the hyper-nationalist Sinophobic cacophony peddled by the mainstream Indian press, the big news of a three-day-long all-India coal mine strike got concealed. Thousands of coal mine workers of Coal India Limited (CIL), its subsidiaries and the Singareni Collieries Company (SCCL) will participate in the coal mine strike on July 2nd, 3rd and 4th to protest against Prime Minister Narendra Modi-led regime’s decision to privatise the coal mining sector and auction 41 coal blocks to big mining corporations of Indian and foreign origin.

In a joint statement, signed by the leaders of the AITUC, CITU, AICCTU, AIUTUC, TUCC, UTUC, INTUC, HMS, LPF, SEWA, these central unions have raised five demands while extending support to the coal mine workers:

During her fourth tranche announcements among a total five done to reveal the prime minister’s much-hyped “Atmanirbhar Bharat” (self-reliant India) scheme packed with a purported Rs 2 trillion-worth “stimulus package” –– which was mere liquidity infusion in the market –– Finance Minister Nirmala Sitharaman declared the government’s intention to not just privatise coal mining and allow the allocation of coal blocks to the private corporations for commercial mining, she has also declared that now onwards all mineral resources can be exploited by the private corporations. Modi later announced the auctioning of 41 coal blocks out of the initial 70-plus blocks earmarked for selling. The decision to sell-off coal blocks to giant mining corporations has sparked massive outrage in areas where the common people will be affected by unbridled and disastrous mining activities and the CIL and SCCL workers have started an agitation all over the country opposing this decision.

The Modi regime has been peddling the theory of employment generation and “Atmanirbhar Bharat” building through the coal mines. This is not just a myopic vision but also a disastrous one. Allowing the private corporations to exploit India’s coal reserve and depending on coal for employment generation and the country’s self-reliance are ridiculous decisions and call for public rebuke. Though the urban elite and middle class from the upper-caste echelon of the Hindu society will gulp the bait of the Modi regime, it’s unlikely that the effect will easily percolate down to the have-nots, who have to suffer the most due to this draconian measure that will harm both people and the environment.

Coal mine auction is a disastrous decision at a time when the world is keen to move to a cleaner energy source. Even the United Nations (UN) has opposed the move. The UN secretary-general Antonio Guterres had said, without naming India, that there is no reason for any country to include coal in their COVID-19 recovery plan. Modi has claimed the move will create 280,000 job opportunities, which is quite unlikely as many mines put on auction in Maharashtra’s Vidarbha in 2015, didn’t find any takers even in 2020. The slump in coal demand all over the world due to switching to cleaner energy sources or due to low industrial production caused by an abysmal crisis of capitalism has led to this lack of demand for coal mines.

However, there are chances that the 41 coal blocks placed on auction by the Modi regime may find buyers as the prime minister’s patron Gautam Adani’s mining corporation has been demanding swift privatisation of coal resources since some time. The decision to privatise coal was taken after Adani, Tata and other houses have influenced the government to do so in February 2020. Due to the pressure from its capitalist funders, the Modi regime and India’s ruling Bharatiya Janata Party (BJP) is carrying out this coal privatisation drive.

For years, subsequent Indian governments have overlooked the genuine demands of the coal workers. From the era of BJP’s Atal Bihari Vajpayee-led government in the late 1990s, several steps have been taken by the Indian government to liberalise the coal sector by divesting CIL and its subsidiaries. The number of full-time workers has been on a fall for years. From 299,703 in 2018, the number of employees in the public sector coal mining dropped to 286,429 in 2019. This shortage of manpower has increased dependence on contract workers brought by unscrupulous labour contractors.

While a worker in the payroll of the public sector companies earns around Rs 1,200 per day for their labour, after a lot of struggles and movements, the contractual workers managed to increase their wage to just Rs 800 per day. They also forced the government to bring 70,000-odd coal contract workers under the ambit of the Coal Mines Provident Fund Organisation (CMPFO). In case of privatisation, not only the contract workers will lose this minimal social security cover under the CMPFO, but they will also see a massive cut in their minimum wage while the workload will increase manifold by assignment of larger extraction targets on them.

As the coal workers will continue with their three-day-long all-India coal mine strike, there will be a significant fall in coal production. It will definitely cause ignominy for the Modi regime and the BJP. As the Bharatiya Mazdoor Sangh (BMS) –– a trade union affiliated with the BJP’s parental body Rashtriya Swayamsevak Sangh (RSS) –– has supported the strike and the demand of the workers, it has caused another ignominy for the Modi regime. Whether the BMS’s support is a tactic move by the RSS to exploit the working class’s sentiments to farther its own obnoxious agenda, isn’t known yet, but its participation in a strike call against the Modi regime is showing the desperate attempt by the ruling classes to douse the fire that the BJP is igniting.

A united working class’s struggle and prolonging the three-day-long all-India coal mine strike can really become an antidote to the Modi regime’s plan to appease its corporate masters by selling-off the national resources. To prevent a large number of tribal people from being evicted, to prevent an environmental catastrophe and to ensure that the big corporate houses can’t enrich themselves by plundering India’s mineral resources, the working class’s struggle is inevitable.

It’s not predictable how long these mainstream trade unions can carry out this struggle, but in case they capitulate to the pressure tactics and lucrative baits dangled by the ruling classes, then the working class must be provided with an alternative leadership by those organisations that wouldn’t give up their cause at any point in time. Not only this three-day-long all-India coal mine strike, on July 2nd, 3rd and 4th, needs to achieve success at any cost, for the sake of the coal workers and the huge number of people who will be affected by the projects, but it’s also essential that the movement against privatisation is intensified and sustained to turn it into a protracted battle against the ruling class’s nefarious agenda. The victory of the working class in this sheer crisis hour of capitalism is inevitable.